Adam Scott: A ‘Timely’ insight into what makes the Champion Aussie tick 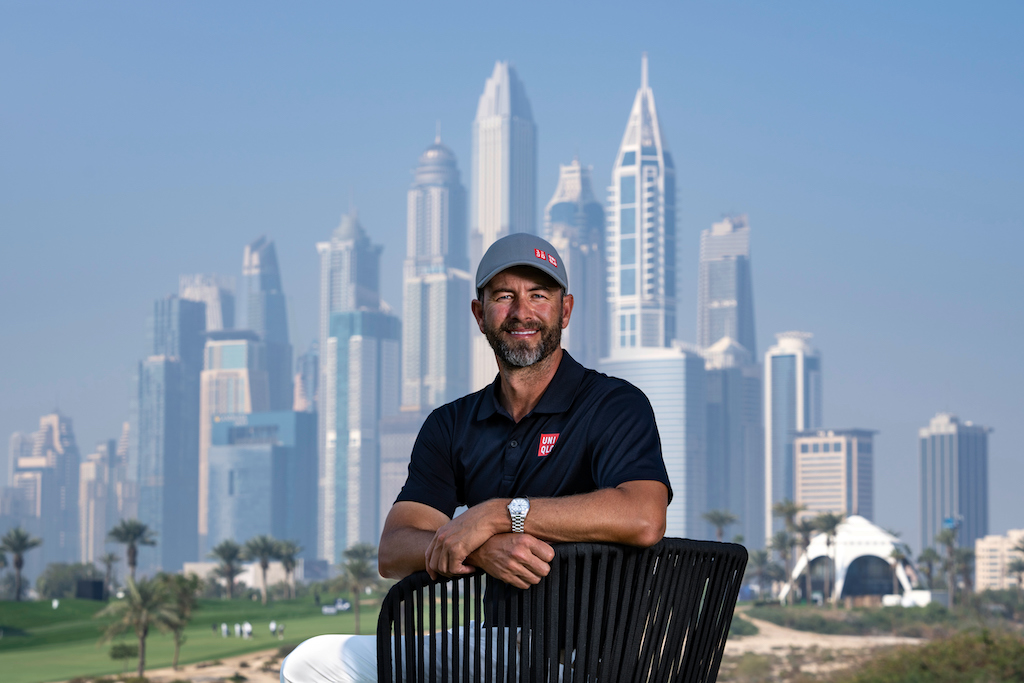 Portrait of Rolex Testimonee Adam Scott (AUS) with the city skyline in the background taken on the 8th tee on the second practice day. ©Rolex

Adam Scott created history in 2013 very proudly becoming the first Australian in the then 77-year history to win the Masters at Augusta National.

For those of us who can remember, Scott being fitted with the famed members green jacket was a moment akin to 30-years earlier when the entire nation was late for work on this Monday morning, given the time difference between the US and Australia, when the 12-meter yacht Australia 11 ended a 132-year USA victory run in capturing the America’s Cup off the coast of Rhode Island.

And much like the America’s Cup, Australia’s dry-run on the famed Georgia golf course came to an end with Scott’s maiden Major triumph.

Scott has always been a very private golfer as this journalist can attest, having first introduced myself to the Queenslander when he wrapped-up his European Tour card in only his third event of 2000 with a fifth-place finish at Slaley Hall in England.

It was for this reason, I was delighted to have been extended an invitation to join a handful of journalists here at the Slync.io Dubai Desert Classic in sitting down with Scott in the comfort of a Slync.io corporate enclosure at the Emirates course.

Scott spoke openly on a number of issues in his first appearance in the event since 2002. He chatted about his illustrious Masters-winning career, does he feel he can win a second major, the growth of the game in non-golfing countries and dealing now with a family of three young children.

What struck me was his fondness for collecting wristwatches – Rolex wristwatches. Scott has been a long-time Rolex ambassador and treasures a Rolex ‘Sky-Dweller’ was presented to him when he won the Masters. He told the story when he was playing a practice round at the Jack Nicklaus hosted Memorial when his mobile phone started ringing.

“The watch I am wearing now was bought at an auction and I was on the 11th hole during a practice round of the Memorial Championship,” he said. “An alert went off on my phone as we began to walk down the fairway and I ended up winning the bid for the watch having eyed it up for quite some time.”

Scott revealed he has a collection of Rolex watches.

“It is hard to resist buying these watches, but I have about twenty or so,” he said smiling.

“It has been eight or nine years since a new Rolex watch has been released, and I really hope that happens. However, if I could pick one watch right now that I haven’t had, it would be an early Rolex Submariner reference 6538; it is called a ‘Big Crown’ and it was worn by James Bond in one of the movies.”

Of course, it goes without saying the affable Australian would also like to collect more majors. It had been hurtful not only for Scott but also this journalist walking all 18-holes with Scott during the final round of the 2012 Open Championship at Royal Lytham and St. Andrews and not seeing him convert a four-shot third-round lead into a victory.

However, at now age 41 and currently ranked No. 50 in the world, you would not rule Scott out of winning more majors.

“We are a bit sensitive us pro golfers, especially off the back of an average round. I was very frustrated in St Georges at The Open, especially now my main goal is to win more Major championships,” he said.

“Last year, felt like a bit of a wasted year for me and I didn’t really threaten in 2020 either. As a golfer, you know whether you’re close or not, and having had a lot of experience, I knew deep down that changes needed to be made in my game for me to be competitive again.

“My driver wasn’t behaving for me last year, so once I began to make changes, the foundation of my game began to improve. Since making the changes I have seen a lot of improvement, but there are always good days and bad days in golf. I think my swing has largely stayed the same, but naturally, there are elements to it that have evolved over the years. I’m not the young whippet that I once was, but I don’t think I’ve changed anything too drastically with my swing.

“That sound advice that I have received with regards to technique and recovery will hopefully allow me to carry on playing for many more years.”