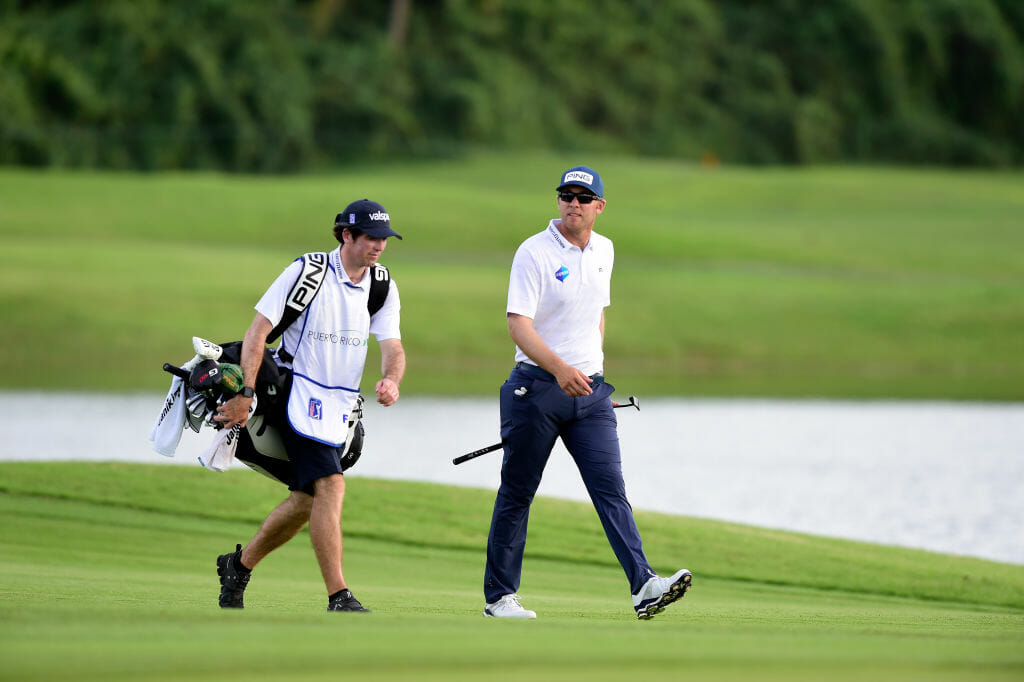 While Ireland’s top-three world-ranked stars struggled in Memphis, Seamus Power found his way without trouble to near the  top in the Barracuda Championship.

Power is competing some 3,340 kms west of Memphis and on the Tahoe Mountain host course at Truckee in California, about 50 kms from Reno in Nevada.

Power, the lone Irishman in the field, scored 11 points in the modified Stableford scoring format where players receive 8 points for albatross, 5 for eagle, 2 for birdie, zero for par, minus-1 for bogey and minus-3 for double bogey or worse and he ended his round sharing second place before eventually being eventually finishing the first round in tied third.

The tight three-lined course lies around 1,800 metres above sea level and ensures the three par-5s are reachable in two while players can drive two of the par-4s.

Power, clearly displaying the confidence gleaned in securing a season-best finish of T12th a fortnight ago in Detroit, took full advantage of his first par-5 in eagling the 507-metre 12th, the third hole of his round.

With Cork caddie Simon Keelan calling the shots he then grabbed two points for a birdie at his ninth and moved to nine points with a second birdie of his round at the par-3 third hole, the 12th hole of his round.

And much to his delight, Power went into a then share of the lead in snatching a third birdie of his round at the 413-metre ninth and his final hole.

“I really can’t complain as I got off to a great start with the eagle at my third that is worth like two-and-a-half birdies this week so that was nice, and all day I was in control and drove the ball well,” he said,

“It’s a beautiful golf course as you stand on some of the tees and with the fairways lined with these tall trees. The whole backdrop is also just beautiful. Though in saying that, it’s a good test and while the fairways are generous, if you get away from them just a little bit you can find some nasty spots.”

Three weeks ago, Power was inside the top-10 at the Rocket Mortgage Classic right up until a handful of holes late on Sunday and with his share of 12th his best finish in what he knew even before the Coronavirus pandemic, would be a limited main PGA Tour season.

“I did a lot of work in the downtime we had off as I thought I was not going to have that many opportunities, so I knew I needed to make the most of my chances like I did in Detroit,” he said.

“So, after a good first round here it is something for me to build on.”

At the top of the leaderboard is Ryan Moore, who curled in a 20-foot birdie putt on the par-4 18th for a share of the lead with Adam Schenk. Moore and Schenk each had seven birdies and returned 14-point rounds to lead the tournament ahead of the group of players, including Power, on 11 points.