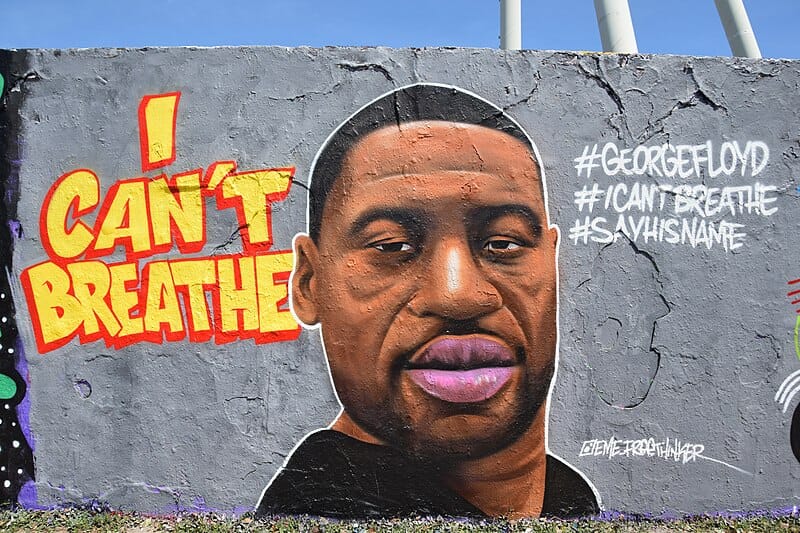 A tribute to George Floyd

There is a significance that the PGA Tour has chosen 8.46am Texas time on day one of the Charles Schwab Challenge for a minute’s silence in the memory of slain George Floyd.

Eight minutes and 46 seconds was the time that a now former Minneapolis police officer shocked the world in laying his knee across the neck of Floyd.

The police officer concerned has been charged with second degree murder in the death of Floyd, a killing that sparked worldwide protests, riots and unrest.

And the Tour’s decision to honour the memory of Floyd has won the respect of those teeing-up in this week’s return to competition on the Colonial Country Club course in Fort Worth, Texas.

“What the PGA Tour has done with the moment of silence at 8:46 and also not using that tee time is a wonderful gesture. And I think if you look at golf — look, I grew up — my hero growing up was Tiger Woods. Tiger doesn’t look the same as me, has had a very different upbringing to the one that I have had, but he was my hero growing up, and it didn’t matter what color his skin was, what his beliefs were.

“Tiger was my hero, and he’s been a lot of kids’ heroes over the years that have grown up playing golf. We have had him — we’ve been very lucky to have him in our game. I think that there should be more people like him in golf, and I think what the conversation that Jay and Harold Varner had about these issues I think really hit home with me. Harold said, it maybe just isn’t about the players, it’s about everyone in the game of golf. There’s so many people that are involved with the game, and as long as we continue to give people from different backgrounds opportunities to be in golf, that can only be a good thing.”

“It’ll be something — I don’t know that the PGA Tour has ever really done something like this, a moment of silence even during the rounds. Not while I’ve been playing. I think it’s special with what’s going on right now. There needs to be change, and I want to be part of the solution, and I think this is one way that the PGA Tour is stepping up and doing that.”

“I think it’s really cool. I think it’s — I think it’ll be something that hopefully we can kind of stick with however long we need to. But I think it’s certainly a really nice thing to do with the way things have been.”

“I read the memo the Tour sent to all the players, and I think it’s great. 8:46, everybody on the golf course, the driving range, everywhere will stop and have a moment of silence and say a quick prayer for all those affected through all this.

“It’s been crazy obviously watching what you see on TV, but I think it’s great to show our support just for America in general.

“It’s been a tough few weeks for a lot of people I know. I know I speak — I watched the episode with Jay Monahan and Harold Varner, which was unbelievable what they talked about, so all I can do is support them and support America coming together, and like I said, everybody just love one another and stay safe.”

“I think there will be discussion. I think some will forget about it. I think so many people will move on, but the conversation I had with Jay when we weren’t being recorded, I think this week won’t be the last week, because it’s getting to the point where everyone has a voice that if the PGA Tour was to forget it, they would get hounded every day.

“So it’s just kind of like yes, they’re pressured, but I also think that it’s the right thing to do, and I think Jay knows that, so
I’m super behind him on that, and we got to talking about some things where I come from, what I think about it. I’m just super fortunate to be able to say something and it matter but also be a part of the change. Everyone in this society right now is going to be a part of that.”