After a 91-day absence, McIlroy leads out PGA Tour return 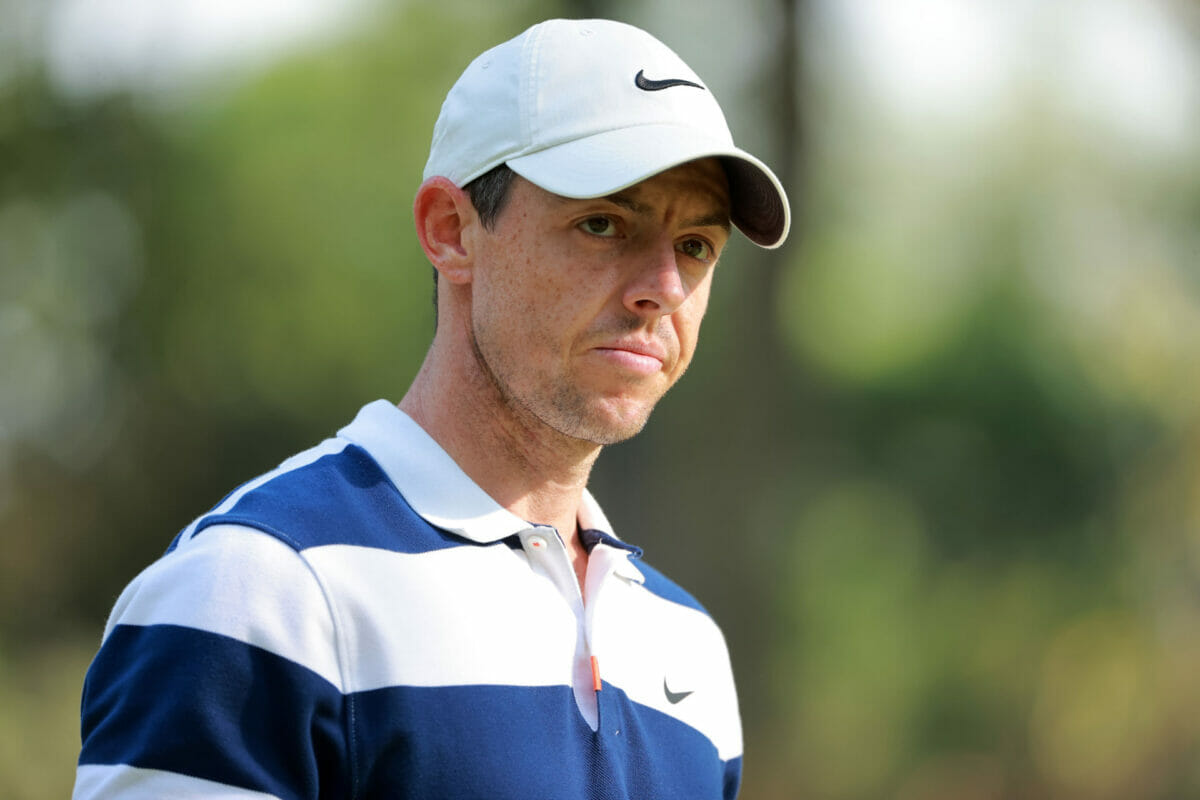 It has been 91 days since World No. 1 Rory McIlroy birdied his closing three holes on day one in defence of his Players Championship title at TPC Sawgrass in Florida and in advance of the return to golf he was asked if ‘The Troubles’ of Northern Ireland had afforded him a good understanding of the current world unrest following the slaying of black American George Floyd.

McIlroy returns to competition after a three-month Coronavirus PGA Tour lockdown but the overall excitement of golf leading a way forward is very much tempered by the events of May 25th when Floyd was murdered on a Minneapolis street.

Floyd’s death is to be remembered by the Tour at 8.46am local US time (2.46pm Irish) on Thursday when all play on day one of the Charles Schwab Challenge in Fort Worth, Texas will halt for a minute’s silence.

The time 8.46 was chosen specifically as it was for eight minutes and 46 seconds that the charged and now former Minneapolis police officer laid his knee at the neck of Floyd.

McIlroy’s tee time is not till 1.06pm local time (7.06pm Irish) meaning he will not be on-course at the moment of remembrance though he was asked if he felt what was unfolding across the world brought back memories of his childhood days in suburban Belfast.

‘The Troubles’ was a horrific 30-year period from 1968 to 1998 of conflict between the Protestants and Catholics and while McIlroy was not born to 1989, there were still plenty of reminders for him and particularly for his parents not to have been affected.

“I would not say nowadays but any day, even going back in history, as there’s never been a place in society for what has gone in the world over the past I don’t know hundreds of years.

“The fact there does seem to be this real will to change and have reform is amazing and it’s been a great thing to see, and I hope it continues to be in the conversation.

“As we move forward, I think people have learned a lot over the last few weeks and hopefully we will see things change as time goes on.”

McIlroy remarked that the tour bodies, looking to reschedule events since the cancellation of golf early in March, has highlighted the difficulties faced by the various tours.

One of those has been the financial struggle revealed by European Tour CEO, Keith Pelley in now staging six events on UK soil in succession but each with a prize purse of just Euro 1m.

“I am concerned for the various tours and it’s not great when they are having to do things because they are taking such a financial hit due to the Coronavirus pandemic,” he said.

“I don’t feel like I am responsible for the health of the various tours because as a player, I play on the PGA Tour and European Tour and I am very grateful for the opportunity they have provided over the years.

“I don’t know if the game under one umbrella is the solution but definitely fewer umbrellas than there is at present is the way forward.”

McIlroy particularly singled out the four Major Championship organisers – Augusta National, the USGA, the PGA of America and the R & A.

“The major championship organising bodies and the bigger governing bodies in the game of golf have now realised there are so many moving parts and more cohesion in the game is better,” he said.

“I’m not saying it will be a good thing but at the same time I think it has opened-up some people’s eyes to the fact that we can all work together a little bit better in this world.”

It was around 9pm local time on Thursday 12th March when McIlroy received a PGA Tour ‘group’ text message advising the Players Championship had been cancelled.

Since then McIlroy has been in virtual lock-down mode in his Florida abode until just a few weeks ago when the golf courses re-opened, allowing him to move from practicing his putting into a coffee cup placed on a living room rug to moving to the Bear’s Club course.

“It’s back to work and I’m excited to be back on the road and doing what I am supposed to do and that is to play golf and compete,” he said.

“I was very happy to put the clubs away for a few weeks but once you saw the light at the end of the tunnel and you knew what you were practicing for and preparing for, that’s when you start to get those feelings back again.

“The first couple of days will be a real test and I will learn a lot about my game over the first two rounds.”