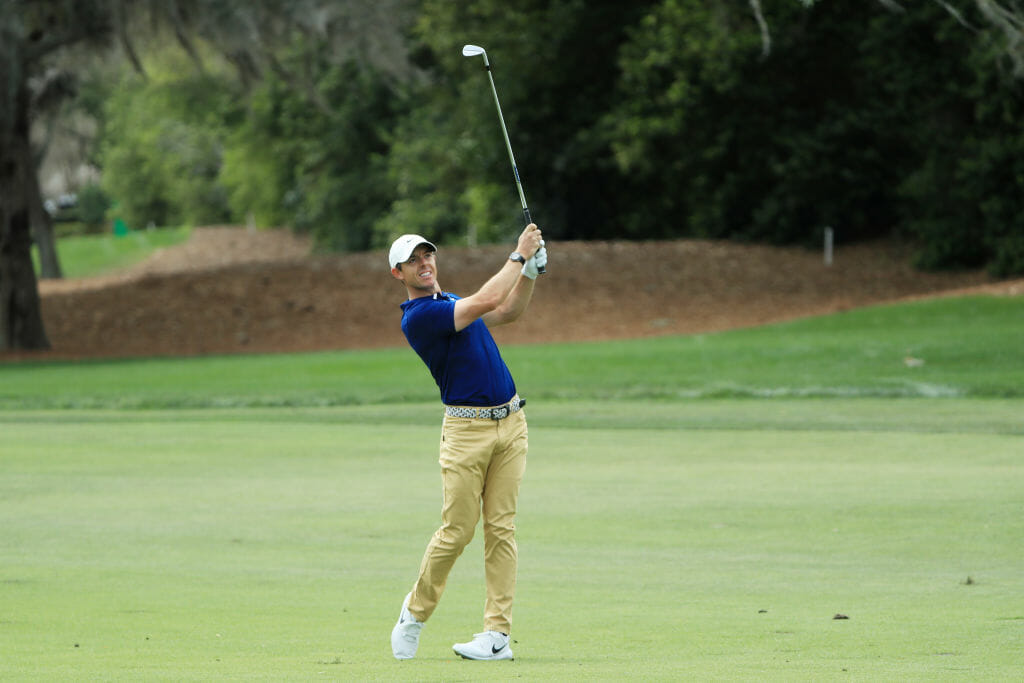 World No. 1 Rory McIlroy was heading north to this week’s defence of his Players Championship title, and his 100th week as World #1, after posting yet another top-five finish of the year at the Arnold Palmer Invitational in Florida.

McIlroy went into the last day two shots off the lead but any thoughts of a first victory of 2020 turned pear-shaped under the weight of a pair of double-bogeys on his front nine in a closing round of four-over par 76.

Rather, it was England’s Tyrrell Hatton who joined McIlroy as a winner of ‘Arnie’s Event’ in signing for a closing round 74 to win by a shot at four-under par from a second former champ in Aussie Marc Leishman (73) to claim a maiden PGA Tour triumph.

Hatton, competing in his 60th Tour start, looked shaky after taking a double-bogey on 11 but superbly held his nerve to par his remaining seven holes.

“Firstly, it’s an incredible feeling to win on the PGA Tour and to do it at such an iconic venue. I’ve grown up watching this event as a kid on TV and to be sitting here next to the trophy now is an amazing feeling and very thankful I managed to hold on at the end,” he said.

Hatton is no stranger to victory having won four times on the European Tour including back-to-back victories at the Alfred Dunhill Links Championship (2016-17), the Italian Open (2017) and last year’s Turkish Airlines Ope and the Englishman’s win comes bizarrely a week after the credentials of fellow Englishmen Lee Westwood and Tommy Fleetwood were belittled by now embattled US TV analyst, Paul Azinger.

Hatton was asked if winning his first PGA Tour win was also a statement of the merits of those winning on the European Tour.

“No, I don’t think it’s a statement. I think whatever Tour you play on it’s extremely hard to win golf tournaments and we’re all trying to do that each week,” said Hatton.

“And more often than not, I guess things maybe don’t go your way and you end up not winning. So like I say, it’s tough to win and I’m sure, obviously, everyone’s time comes and thankfully my time was this week.”

McIlroy, who eventually shared fifth place with two others, has now also finished in the top-six in his four Bay Hill starts and joined Tiger Woods as the only player with seven or more consecutive top-fives on the pGA Tour since 2000

“I’m doing what I expect myself to do every week, which is giving myself a chance,” he said.

“I give myself a chance most weeks and more weeks than not it’s not going to happen. That’s just the way golf is. I mean, I think my win percentage on Tour is like 10 percent and I think that’s pretty high for anyone not being Tiger Woods.

“So, yeah, it’s one of those things. Like, I’ve had chances and I wish I had converted one of them over the last few weeks, but I’m still in good form.

“I’m playing some good golf and hopefully if I just keep putting myself in those positions, it’s only a matter of time.”