McDowell delivers loudest roar on day one at Bay Hill 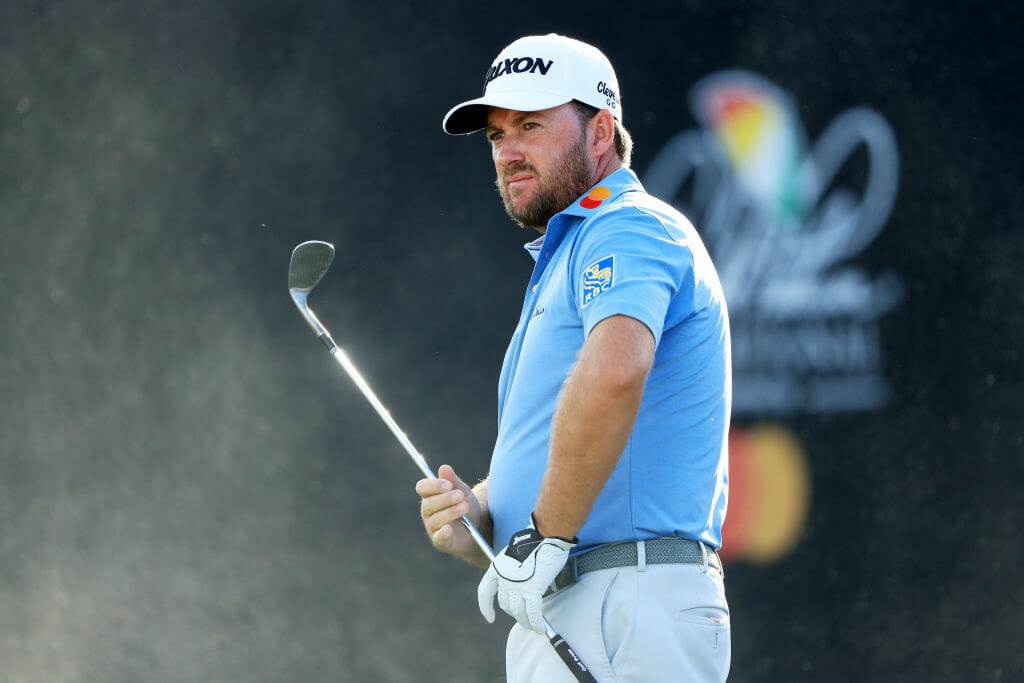 It was late in the afternoon but it was one of the biggest roars at the final green on the first day of the Arnold Palmer Invitational in suburban Orlando.

It was a roar for a ‘hometown’ star and it was a 24-foot birdie putt holed by Graeme McDowell in a superb round of a four-under par 68 in the windier conditions that greeted the afternoon half of the first round being played on the famed Bay Hill course.

GMac had bogeyed the second but got his round underway with birdies at the fourth and sixth holes before a super drive down the dog-leg right 10th hole left him just 90-yards to the flag and he then landed a wedge to just a foot for a third birdie of the day.

He then birdied the 12th and 13th holes to move to four-under but dropped a shot at the 15th but then he ended his day in superb style in sending a 162-yard 9-iron into the last and he rolled-in a sixth birdie of his round receiving a huge roar.

“We were lucky to get two and a half, three hours where it really wasn’t blowing particularly strong,” said McDowell.

“Eventually it did arrive and it made those last five or six holes quite tricky but the golf course remains playable, because I think there’s a lot of cross winds.

“There’s not a lot of into-the-teeth type shots, like 9 and 15 are probably the two standout really difficult holes on the course, and the rest are just kind of playable.

“So, we’re going to see a completely different wind direction tomorrow, so it’s going to be interesting. I always like that because I feel like guys put a game plan together and then when the wind switches game plans are out the window, so you have to be smart and have a great caddie and be able to think on your feet.”

McDowell’s round of 68 was his third equal-lowest starting round in his 13 Bay Hill appearances as he had shot a 68 on day one a year ago and also to start his 2014 campaign.

Incidentally, McDowell’s lowest round was a second round 63 on route to his second-place result in 2012.

McDowell ended his round three shots behind former back-to-back Arnold Palmer Invitational winner Matt Every who didn’t drop a shot in his seven-under par 64 and he sits one clear of World No. 1 Rory McIlroy.

And Every was asked by Irish Golfer Magazine if the sight of McIlroy’s name atop of board was extra cause for incentive.

“Well, when I teed it up today, I was, I swear, I was just trying not to shoot myself out of the tournament,” said Every.

“It was — and that’s just the truth. It was pumping and it’s not easy. But I clipped Rory by one today.”