Lowry has his Portrush winning putter in overdrive at the Honda 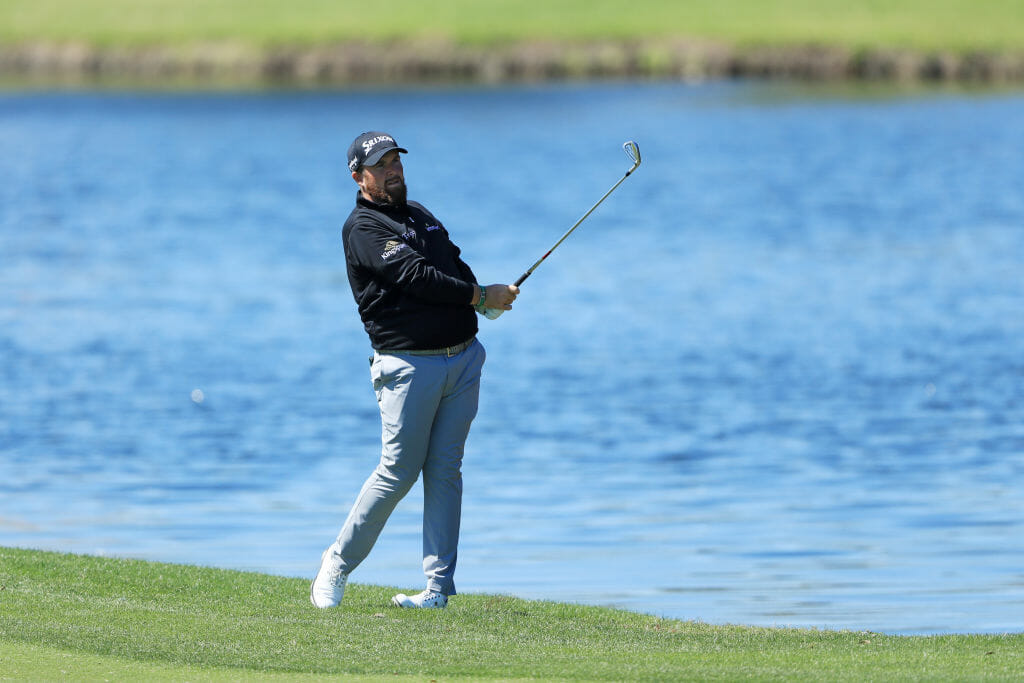 Shane Lowry plays his second shot on the sixth hole during the second round of the Honda Classic at PGA National Resort and Spa Champion course on February 28, 2020 in Palm Beach Gardens, Florida. (Photo by Sam Greenwood/Getty Images)

Shane Lowry has his Royal Portrush Open Championship winning putter in overdrive, taming the Bear Trap and getting himself into contention at the Honda Classic.

The England duo of Luke Donald (66) and Lee Westwood (69) along with American J T Preston (69) were in the clubhouse at four-under par.

Reigning US Open champion, Gary Woodland, who played alongside Lowry for the opening two rounds, is at three-under par thanks to his 67.

World No. 3 Brooks Koepka crashed out with a pair of 74s to miss a halfway cut for the first occasion since last October and his opening event of the 2019/20 PGA Tour wraparound schedule.

No such story for Lowry though, digging deep after dropping three shots in his opening four holes and then playing the remaining 14 holes in four-under.

Lowry brilliantly capped day two chipping-in from 20-feet off the green at the par-5 18th (or the ninth hole of his round) for an eagle ‘3’.

“I just got off to a bad start in dropping a shot at the 10th my first hole of the day and then to make bogeys at what was my 12th and 13th holes with a wedge in my hand both times was disappointing,” he said.

“I then hit two great shots into 14 or my sixth and holed a nice 18-footer there for birdie and a great second shot into 15 to birdie that for a second day, so that was nice.

“I really felt like I was in the zone when I chipped-in there on 18 and then to finish with the eight-footer on nine was really pleasing.”

Over the two rounds, Lowry’s now managed an eagle and eight birdies recording a respective 29 and 27 putts, and averaging a total length of just under 90-feet on each day.

In tackling the ‘Bear Trap’, the three hole stretch from the 15th to 17th holes, Lowry is two-under for the two rounds.

And a big key to his two rounds?

“I’m still using the same the putter I won The Open with, so I’m still doing the victory lap with it,” he said laughing.

“I putted on Po-Annua greens last week in Mexico but I don’t like them, but then I have spent a bit of time now over the past few years in this part of Florida, including the Bears Club, and they’re the same greens here at PGA National and the Bears Club.

“So, I am really used to this type of grass.

“I’ve given myself a good springboard into the weekend and I said after my round yesterday, if I can shoot four rounds in the 60s you are not going to be far away come Sunday afternoon.”

And Lowry certainly has not got far to travel this week having moved his young family into rented premises for the next six months at the Ballen Isles complex, located just a five-minute drive from PGA National.

“It’s great being so close this week and it’s the second time I’ve resided on or close to a tournament hosting golf course, so that makes for an easier week for all of the family,” he said .

Lowry was a then resident of Carton House during the 2013 Irish Open won by Paul Casey.

Double Honda Classic winner Padraig Harrington was out in the afternoon half of the draw.