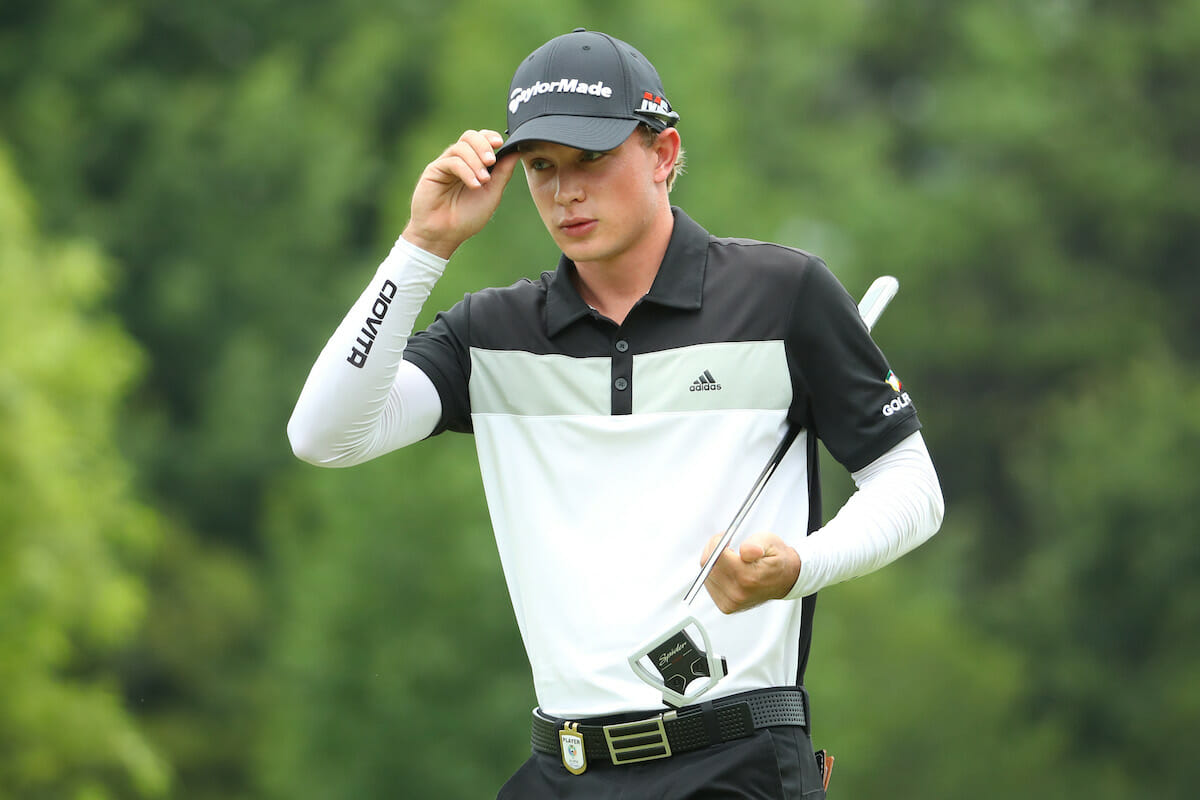 Jayden rose to global prominence last month when, as an amateur, he secured an eye-catching top-10 finish at the South African Open in Johannesburg.

However, to those who’ve been following the talented 18-year old’s career through the amateur ranks, his 13-under par tournament 72-hole total playing amongst the stars of the European Tour wouldn’t have been a surprise.

A serial winner at junior level back home, Schaper was the number one South African amateur prior to turning professional. A student of renowned golf coach, Grant Veenstra, his consistent, high-quality performances twice earned him selection to the Junior International Presidents Cup team while in 2019, a year that saw Rory McIlroy lift the Players Championship, Jayden triumphed in the Junior equivalent at TPC Sawgrass.

In what would prove to be his final year as an amateur, Jayden was also victorious at the prestigious South African Amateur Stroke Play competition and it’s this standard of golf in recent months that convinced him that now’s the right time to turn professional.

“I’m so excited to take the next step in my career with Modest! Golf Management,” said Schaper.

“The team at Modest! Golf share my ambition to succeed in this sport and I believe they’re the perfect company to help me on this journey.

“I have followed the work of Modest! Golf in recent years and not only have I seen their reputation grow as a real ambassador for the game, I’ve also seen the calibre of player they have attracted.

“I’m honoured that they recognise that potential in me and I look forward to working together with Niall, Mark, Danny and the whole team to hopefully achieve more great things on the golf course in the coming years.”

Modest! Golf Management owner, Niall Horan was equally thrilled to have attained the signature of one of golf’s brightest talents.

“I’m so proud to be able to welcome Jayden to the Modest! Golf team,” said Horan.

“He’s someone who’s been on our radar for some time and we believe he’ll prove to be a great addition to our roster. Jayden’s performances, both at home in South Africa and on an international stage have been nothing short of special and we’re confident that he’s the ideal fit as we continue to grow Modest! Golf into the future.”

Schaper’s compatriot, Christiaan Bezuidenhout, who narrowly missed out on the Dubai Desert Classic title in a playoff last week, was also a winner at the Andalucia Masters last year while Ireland’s latest LPGA Tour graduate, Leona Maguire is also making her way through the elite women’s game with the boutique management company.