Purcell returning home with a golf bag full of optimism 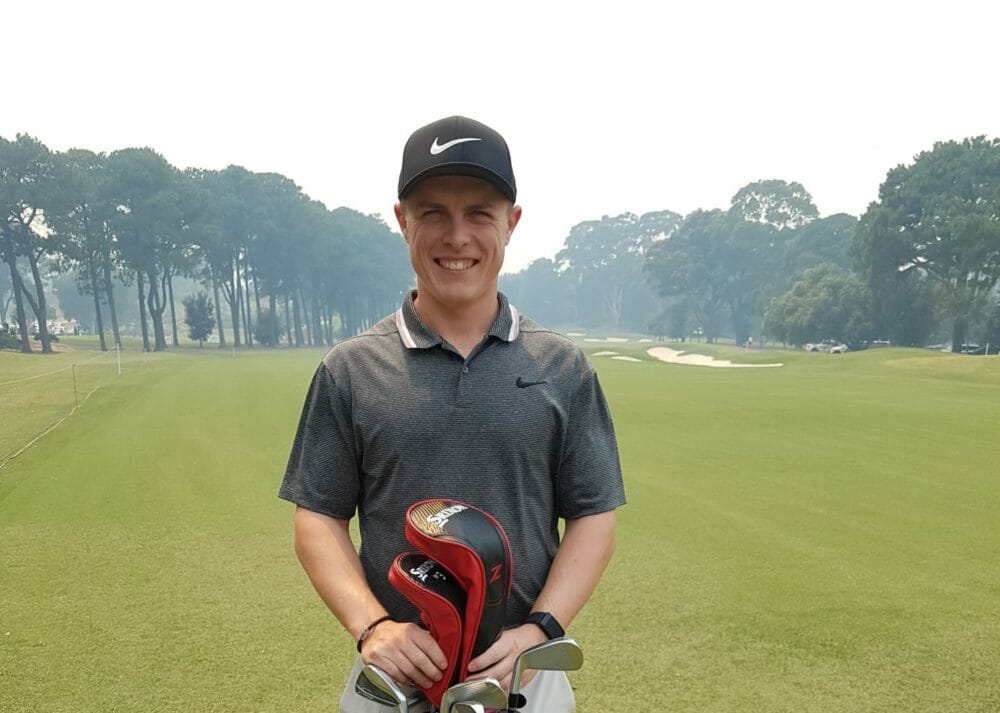 Rookie pro Conor Purcell is winging his way back home with a golf bag full of 2020 optimism despite missing the halfway cut in the Australian Open in a severely bushfire smoke-affected Sydney.

The 22-year old Portmarnock golfer posted scores of 77 and 71 for a six-over par tally to fall six shots shy of playing all four rounds for a second straight week.

While he struggled on the greens on day one, failing to make a birdie, Purcell can be proud of a second day level par showing in the continued bushfire smoke haze that engulfed Australia’s first city.

Players were seen wearing face masks on day one and that trend continued on day two at the host Australian Golf Club.

Purcell began his second round from the 10th tee and the reigning Australian Amateur champ got the start he so dearly sought with birdies on his opening two holes.

The young Irishman was then four-under for the day with birdies at the 14th and 18th holes or the fifth and ninth holes of his round.

But it turned a little pear shape for Purcell heading home when he bogeyed the first and second holes on the scorecard, and while he birdied the third (the 12th hole of his round), he dropped a shot at the fourth, his 13th.

Purcell did regroup to birdie the sixth (the 15th of his round) but a double-bogey at 7th and then a bogey on 8th, his 17th, put paid to any hope of playing all four rounds.

Purcell will now spend the Christmas & New Year writing to sponsors on the secondary Challenge Tour and you’d like to think that as the Australian Amateur champion and a member also this year of the GB & I Walker Cup side there will many organisers on the Challenge Tour happy to have someone of his stature teeing-up.

“These two weeks have been great with regards to gaining experience in the pro ranks and they’ve just whet my appetite to forge myself a career as a professional,” he said.

“Already I have so much more motivation than I had in the amateur game.”

And helping raising his excitement heading into 2020 is long-time professional and European Tour winner, Damien McGrane.

“Damien used to be an apprentice pro under my father at Headfort and now Damien’s the head pro at Carlow, and he’s been of great assistance and advice to me.

“I will catch-up with him again when I get back as he’s just been so helpful.

“So now in looking back on these two weeks I am really pleased I had the opportunity to play both the NSW Open and the Australian Open.

“The great thing also, I’ve had great support from back home so that’s been a big lift for me starting out in this new career path.

“My family has been huge in that regard.  My dad (Joey Purcell) had this sort of career back in the ‘70s and while he’s now retired, he’s been able to spend some great time coaching me and passing on his knowledge.

“I am also grateful to Neil Manchip, the head coach of the Irish team, so I have mnay people to thank for their support.

“So, it’s great and I am heading home for a break but looking forward heading into 2020 with a lot of optimism”.

Australian Matthew Jones leads the event on -10 ahead of a chasing pack which includes Paul Casey (-9) and Louis Oosthuizen (-8). Full scoring is available HERE