Harrington and Lowry go backwards on moving day in Turkey 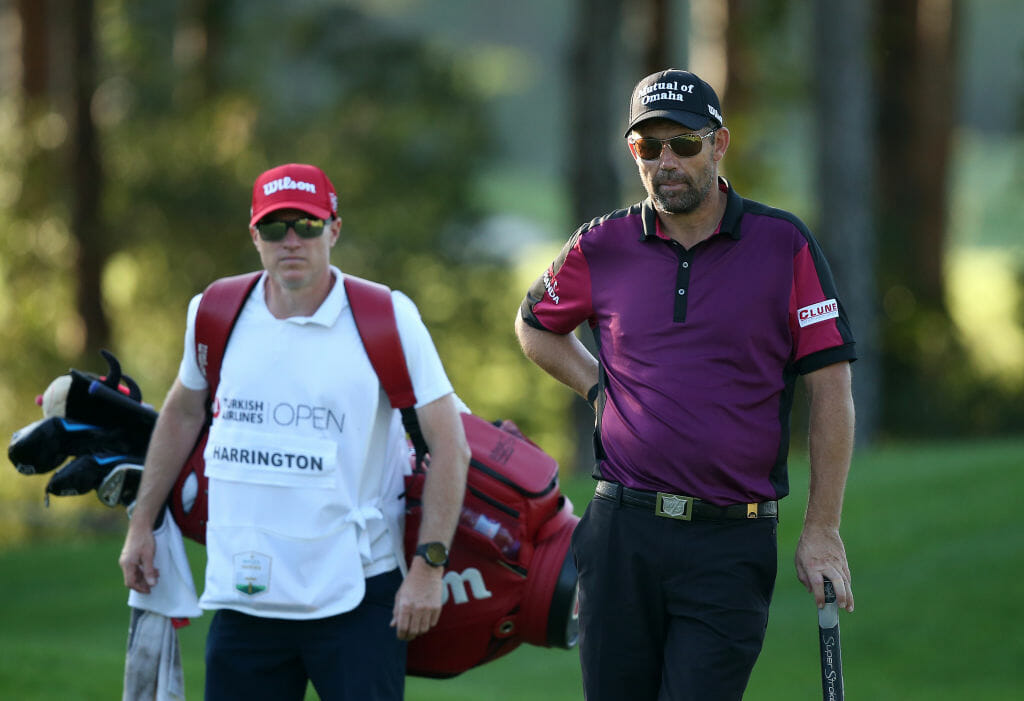 Moving day at the Turkish Airlines Open was one to forget for both Shane Lowry and Padraig Harrington as both fell back well off the pace in round three at the Maxx Royal Montgomerie course in Antalya, Turkey.

Following yesterday’s 65, Lowry had placed himself in a perfect position to mount a weekend charge, but an erratic third round 75 that included five bogeys and only two birdies was not the day the Claraman was looking for in his quest to close the gap on Bernd Wiesberger at the top of the Race to Dubai.

The Open Champion dropped back into a tie for 57th on four under par, leaving him all of fourteen shots off the 54-hole leader Matthias Schwab of Austria.

Padraig Harrington unfortunately endured a similar day to Lowry as he carded a Saturday 74 which included three bogeys, a double bogey and three birdies for a one-over-par total leaving him in a tie for 62nd.

“I just missed a few putts early on, and you are struggling if you are not making birdies out there and it was that kind of day, I let it get in on me,” said Harrington after his round.

“Missing them putts on the front nine really took the wind out of my sails and the double on twelve was a result of the wind being out of my sails. These things happen, you’ve got to hole a few putts out there if you want to shoot a score and I missed a few today.”

After his bogey-free second-round 66, Harrington felt he was in a great position to kick on and challenge over the weekend, but it was not to be for the three-time Major Champion.

“Maybe I had expectations today after yesterday’s round, sometimes that can make it difficult so that’s possibly part of it as I was a bit frustrated not to be going so well today and was getting down on myself”

At the top, Austrian, Matthias Schwab will take a three shot lead into the final round after he continued his wonderful run of form.

Schwab who has claimed top five finishes at the Italian Open and WGC-HSBC Champions recently, taking his top ten tally on the 2019 Race to Dubai to nine continued to impress on the big stage in Antalya.

This week kicks off a run of three Rolex Series events to finish the season with Schwab holding a three shot lead after carding a 66 in round three to get to eighteen-under par. The chasing pack includes English duo Ross Fisher and Tyrrell Hatton, Frenchman Benjamin Hebert, Scot Robert MacIntyre and American Patrick Reed, who are all on fifteen-under.

Schwab, who held the overnight lead, extended his one shot advantage to three after 11 holes and recovered from a double bogey on the 12th to re-establish his cushion, and he will need more of that fight on Sunday if he is to hold off an experienced chasing pack.