Lowry heads to China bullish about his ball striking 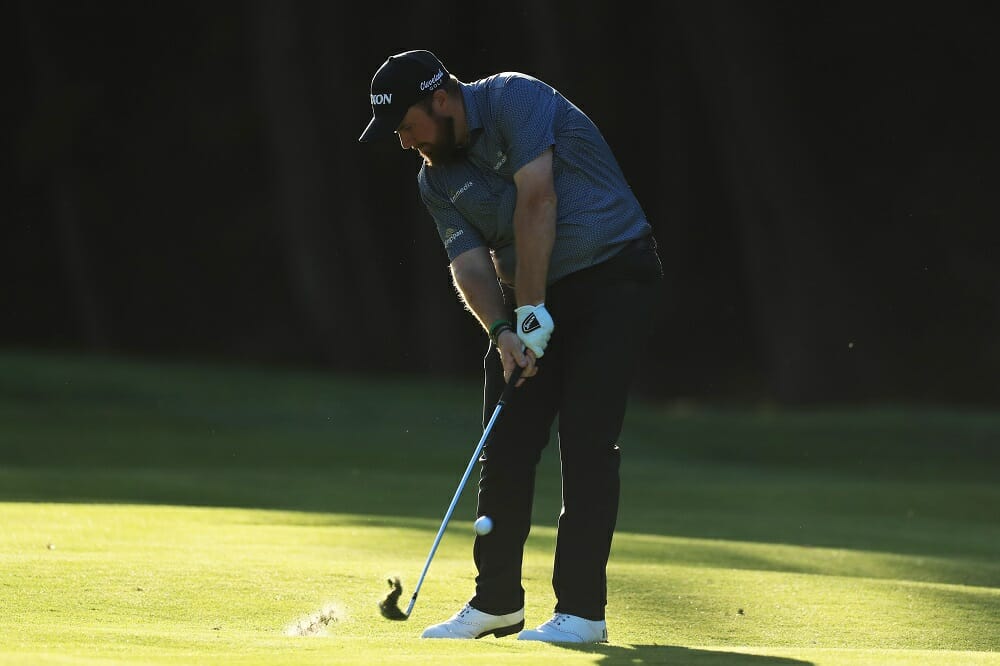 Shane Lowry was headed to Shanghai declaring his closing two ZoZo Championship rounds in Japan to be the best he’s struck the ball since capturing The Open.

Lowry posted scores of 67 and 65 to hold the final-round clubhouse lead when darkness halted play in the final round late on Sunday (Japan time) in the badly weather-affected event.

The Royal Portrush hero posted an eight-under par tally that should see Lowry finish just outside the top-10 in his first 2019/20 PGA Tour counting event when the event was set to conclude early Monday morning (Japan time) and with Tiger Woods just seven holes away from joining legendary Sam Snead in capturing 82 PGA Tour victories.

Lowry got better with each round on the Accordia Golf Narashino course to the east of Tokyo signing for scores of 72, 69 and a third day 65 he completed near lunch on Sunday before heading straight into his last loop.

The Irishman was among just 30 of the 76 players in the Japan event to get finished on Sunday and with fellow Open Champion, Rory McIlroy returning to try and hole a 12-foot birdie putt on the 17th green, and seeking to grab a hopeful top-five result.

And while McIlroy indicated he would wait on to congratulate Woods should he win, Lowry was intending to jet out to China.

“My last two rounds today were as good as I’ve played in a while so I’m very happy,” Lowry said on his third visit to Japan.

“It’s the best I’ve driven the ball probably since the Open and I’m very excited going into the WGC – HSBC Champions in China.

“I kind of struggled in the first round, but nine birdies and only one bogey today in 36 holes that’s pretty nice.

“It was all to do with a bit of rhythm, a bit of confidence and a bit of a mental attitude.

“The first couple of rounds I was trying to force it a little bit, trying to shoot good scores instead of just waiting for it to it happen and today I just went out and tried to wait for it to happen and it did.”