Power motoring along nicely at Greenbrier 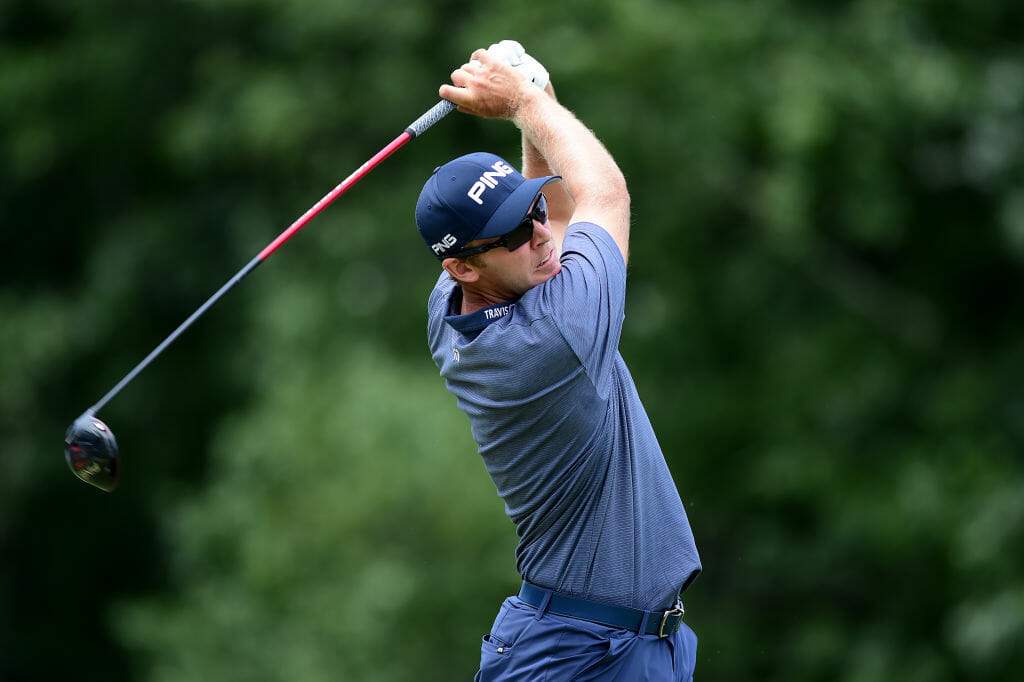 Seamus Power kick-started his first round in the first event of the new 2019/20 PGA Tour schedule with a two-under par 68 at the Military Tribute at The Greenbrier to sit in T53 position.

Power failed to retain full PGA Tour playing rights at the end of the 2018/19 season and then also fell short of regaining full membership via the secondary Korn Ferry Tour. However, the West Waterford golfer will secure a limited number of main Tour event starts having finished 143rd on last year’s money list.

And Power, having been one-over par after eight holes, bounced back in holing a birdie putt of 20-feet at the par-4 10th to get back to level par.  He then went to one-under in brilliantly holing a 36-foot bunker shot at the par-4 16th and when he also found a greenside bunker right of the flag at the par-5 17th he superbly getting up-and-down from five-feet.

Rookie American Robby Shelton, who finished third on the Korn Ferry Tour regular season points list last season, in his first round as a member on the PGA Tour got off to a blistering start with an eight-under par 62.

The 24-year old Alabama golfer currently holds a two-shot clubhouse lead over Scott Harrington and a three-shot lead over Joaquin Niemann, Harold Varner III, Jimmy Walker, Sung Kang and Brian Harman, who are all tied at 5 under.

Shelton is no stranger to winning professional events though. He earned two wins last season on the Korn Ferry Tour, both in May at the Nashville Golf Open and Knoxville Open.