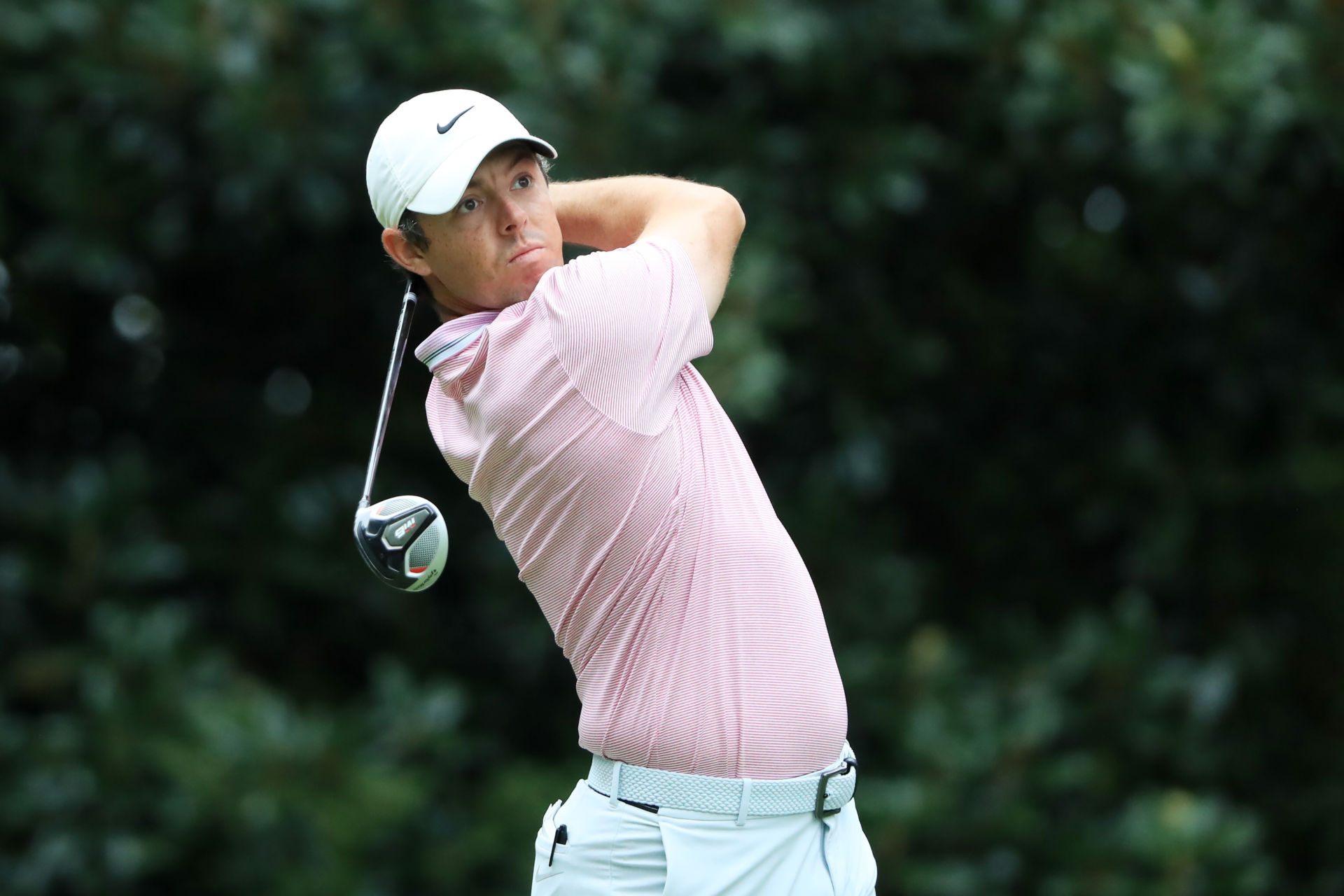 Rory McIlroy carded a Sunday morning 68 at the weather delayed Tour Championship to set up a dramatic race with Brooks Koepka for $15 million in the final round of the FedExCup Playoffs later tonight.

At the top Koepka had four birdies in his 13 holes Sunday to complete his 2-under 68, moving him to 15 under par and one clear of McIlroy.

“I’ll probably go lay on my physio’s bed and probably try to fall asleep, grab some food, and just relax,” Koepka said when asked about his plans between rounds. “We’ve just got 18 more holes. You try not to look at it where there’s $15 million. Yeah, it would be nice, but at the same time .. I’ve been doing this my whole life. Just go play 18 holes.”

Also just one shot off the lead and tied with McIlroy is Xander Schauffele who made his first career hole-in-one for a 67. He aced the par-3 ninth, the second ace at that hole this week; Chez Reavie also aced the ninth. Schauffele used a 5-iron from 240 yards.

“We wanted to play it probably 222, and I pulled it slightly right at the pin and got a good bounce,” Schauffele said. “I’ve never had a hole-in-one, so I guess this is how it happens. You’ve got to get lucky.”

Schauffele, who won the TOUR Championship in 2017 but saw Justin Thomas win the FedExCup that year, said he will try not to concentrate on the increased bonus money.

“Personally I’ve never gambled for that much in my life, so it would be a first for me,” Schauffele said. “At the end of the day, it’s just golf. We’re all here to win a tournament and try and do our best. I don’t think the money is there as much as just the pure competition.”

Thomas, who had a one-shot lead when play resumed, and Paul Casey were four back. Thomas was tied for the lead until suffering a triple-bogey at the par-4 16th.

Casey played a bogey-free 2-under for his 13 holes Sunday morning. He said he will maintain his aggressive approach Sunday afternoon.

“I’m the total underdog, and the only pressure I’ve got is the pressure I’m putting on myself,” Casey said. “Because even I look at it, and I’m like — I know J.T. just made a slight error, but last time I looked at it, I’ve got Brooks, Rory, and Xander — Xander is a hell of a player ahead of me — and J.T. right next to me. Even I don’t fancy those odds. I’ve kind of got to do the same, which is fine with me. So as I said, there’s no pressure.

“Yeah, I mean, I’ll be aggressive. I’ve got to drive it well. I don’t take chances with the drives, per se, but once you’re in position, then yeah. A lot of flags that — you just go flag hunting as best you can.”

The five players at the top of the leaderboard have separated from the rest of the 30-man field. Reavie, Hideki Matsuyama and Jon Rahm are tied at 6 under, with Matt Kuchar is in solo ninth at 5 under.

The leading duo of Koepka and McIlroy will tee off at 7:10pm tonight.