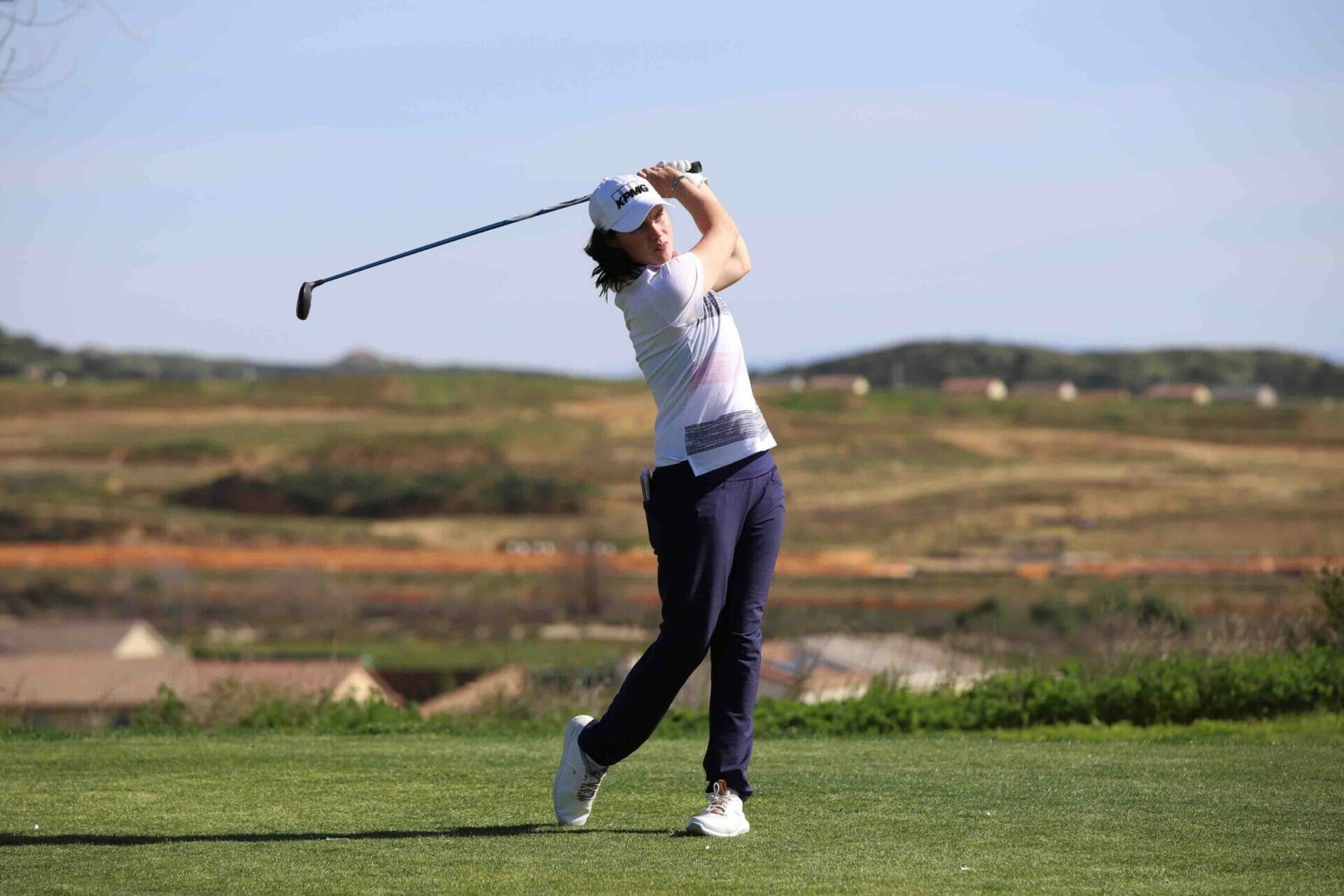 It wasn’t the return to action that Leona Maguire would have wanted as she got back on the horse at the Forsyth Classic presented by Decatur Park District on the Symetra Tour.

Maguire, the leader on the Volvik Race for the Card standings, hasn’t played on the Symetra circuit for a number of weeks following her qualification for the Women’s US Open and then having some time off and she looked a little rusty in posting an opening 2-over par 74.

Carding four bogeys and just the two birdies in her round Maguire now finds herself in T76 position, nine shots off the pace being set by Elin Arvidsson who dealt with the windy conditions well and walked away with a 7-under 65 and the solo overnight lead.

Arvidsson’s first-round finish is her career-best 18-hole score on the Symetra Tour and she was understandably delighted.

“I played great. I putted well. I’m happy about it,” said Arvidsson. “I’ve never made eight birdies before in one round so I’m so happy about it.”

The native of Falkenberg, Sweden, said her key for the second round is to stay consistent. “I’m just going to keep doing what I’ve been doing. I’ve been playing pretty solid all year, but I haven’t been putting really well,” said Arvidsson. “Today, I just made the putts, and I was like ‘Oh, this is what it feels like for the rest of the field!’ So I’m just going to keep doing what I’m doing.”

Katie Yoo carded seven birdies and one bogey to sit one behind Arvidsson at -6. Jillian Hollis, coming off a second-place finish at the Four Winds Invitational, is alone at -5. Five players are tied for fourth, including two players in the top 10 of the Volvik Race to the Card standings: Julieta Granada (No. 3) and Min Seo Kwak (No. 10).