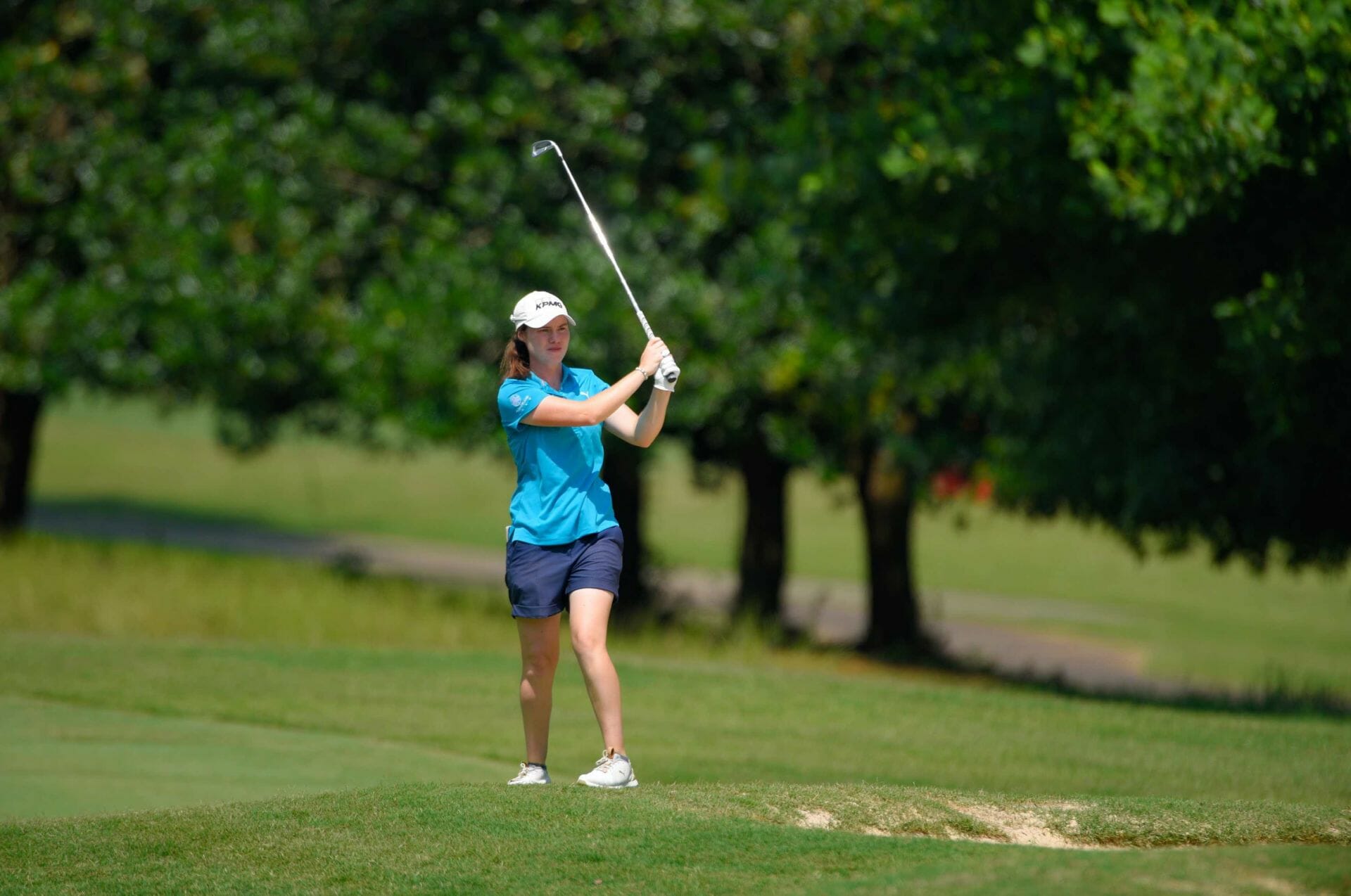 Leona Maguire didn’t get the second round movement she was hoping for as she dropped down the leaderboard at the inaugural Zimmer Biomet Championship hosted by Nancy Lopez following a second round one-over par 73.

Maguire, who had been T11 after day one, now finds herself in T18 position and eight shots behind leader Nuria Iturrios and will be looking for a strong performance on moving day to get her into a position to challenge.

Iturrios, who followed up her opening round of 64 (-8) with a second round 71 (-1) and had to dig deep for that having been two over for the day after four, pointed to her training in the off-season as the reason for her recent success;

“That was the key of why I’m playing this good,” said Iturrios. “I changed my low shots to keep my ball straight, but shorter. That is really good for me and the putting. Another good thing for me to is the tournament being four rounds, I’m used to playing that on the Ladies European Tour. Do my routines and keep my mind calm, that is all I want to do and the rest is to play well.”

Iturrios holds a two shot lead over Min Seo Kwak of the Republic of Korea with another four players tied one shot further back on six-under.

Kwak recorded a 2-under par in the second round and has two top-10 finishes in her last three starts after changing her clubs and making the transition from 4-iron through pitching wedge, she is once again poised to make a run at a title.

“They helped me a lot and I can play better with my new clubs,” said Kwak, a two-time Symetra Tour champion in 2014 at the FireKeepers Casino Hotel Championship and Chico’s Patty Berg Memorial. “Try to make top-10s every week, maybe try to win at least once. I couldn’t hit the perfect shot every time, but tried to be on the right numbers. Every week is same and if I like the course then I try harder to get better scores. It depends on the course, not about the purse.”