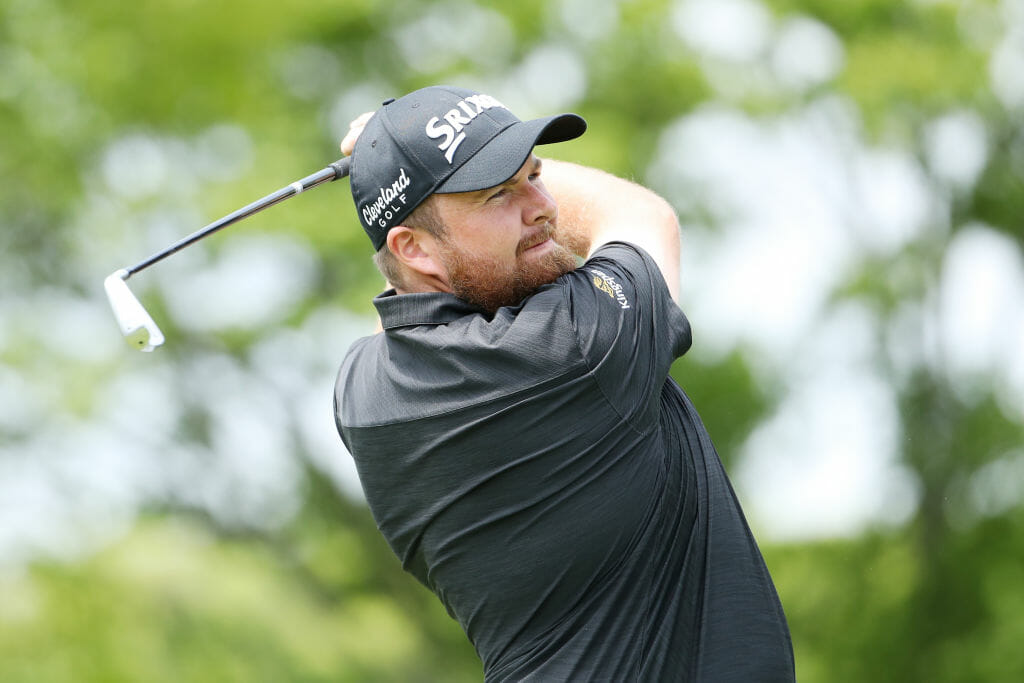 Shane Lowry’s star is clearly on the rise again with his first reward being a start in next month’s US Open at famed Pebble Beach after his gutsy top-10 showing in last week’s PGA Championship.

A second reward materialises this Sunday night with Lowry to be officially exempt into July’s Open Championship at Royal Portrush by virtue of being inside the world’s top-50.

The new World No. 39 ranked Lowry has climbed to his highest world ranking in some three years on the back of sharing eighth place with fellow Irishman, Rory McIlroy at the year’s second major at Bethpage Park.

It means Lowry is exempt into the June 13th starting US Open at Pebble Beach having been among the world’s top-60 at the close yesterday (Mon) for qualifying.

The last occasion Lowry was as high as No. 39 was after his dash from the States to contest the 2016 Made in Denmark tournament, the final qualifying event for that year’s Ryder Cup.

Lowry fell short of making the Hazeltine team in sharing 21st place and since then it has been a World Ranking downward slide for Lowry, bottoming out at 90th in missing the cut in last year’s Open Championship at Carnoustie.

Lowry has slowly worked his way back up the World Rankings ladder sparked by a second in last year’s rain-abbreviated Andalucia Maters before getting a huge World Ranking victory injection in capturing January’s Abu Dhabi HSBC Championship.

The win in the UAE capital saw Lowry move back into the world’s top-50 and qualify for the Masters and now there’s the added bonus of a sixth straight start in the U.S. Open.

“The year has gone along nicely so far picking-up a nice few World Ranking points, FedExCup points, Race to Dubai points after this top-10 PGA result,” he said.

“Yeah, it’s going along nicely. I feel like I’m doing all the right things and I just keep doing what I’m doing and see where it leads me heading into in November and December.”’

Lowry says he’s also benefitting from ‘toying’ with a lot of equipment changes, so much so he’s got a competitive 14 clubs in his Srixon bag.

“I feel like a lot of toying with my equipment this year, I feel like I have my bag set up perfectly now, so I feel like I can just go out and play, and not worry about what I’m doing on the golf course,” he said.

“Looking back, I drove the ball lovely the last few days at Bethpage Park, and I’m just looking forward.

“As well, I am glad be back home as I haven’t been home in Ireland since February, so I’m looking forward to a couple of weeks off, and playing in Canada (June 6th to 9th) and the U.S. Open.”