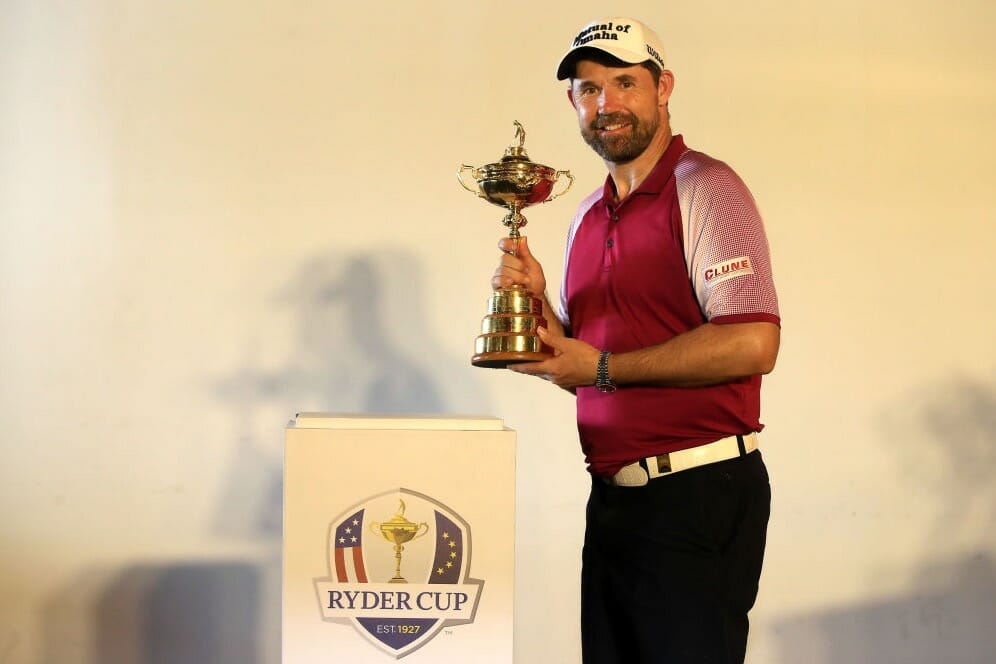 It’s the first shots in the 2020 Ryder Cup phony war with USA Ryder Cup captain, Steve Stricker not about to be follow rival Padraig Harrington’s lead and opt for the same number of ‘wildcard’ picks for their Whistling Straits showdown.

Harrington has already stamped his finger print on his European Team captaincy but Wisconsin’s favourite golfer is not about to follow suit.

Instead of following the Dubliner who has opted for just three ‘wildcards’, Stricker intends to stick with four ‘wildcard’ picks for his team to take on the Europeans later next year along the shores of Lake Michigan.

“We haven’t thought to change that at all,” said Stricker ahead of this week’s PGA Championship.

“I think our process that we’ve gone through over the years has worked.

“I’m comfortable with having the four picks. I think it gives us a lot of flexibility on guys in that nine to 15 to 20 range in the qualifying standings and who’s playing well.”

One player who could rely on a ‘wildcard’ is Stricker’s close friend Tiger Woods, who tops the early Ryder Cup rankings after claiming his 15th major title in the Masters last month.

But then if Woods does not qualify automatically it will surely be a case of you scratch my back, then I will scratch yours as Woods had been a vice-captain under Stricker’s victorious 2018 USA Presidents Cup winning captaincy while Stricker will be heading to Australia later this year as one of Woods USA Presidents Cup deputies.

“I think the reason I was a believer is because I had personal experience of playing poorly for a period three times, and came out of that playing better than I ever had in my career,” said Stricker.

“I just see the progression in his game, even from when he won the Tour Championship last August in Atlanta has been incredible.

“It looks like he’s more comfortable with his game and with himself out there. He hit some really clutch shots when he had to (at Augusta) and I think that’s what I was most impressed with.”