Harrington hopeful after timely return to form ahead of PGA 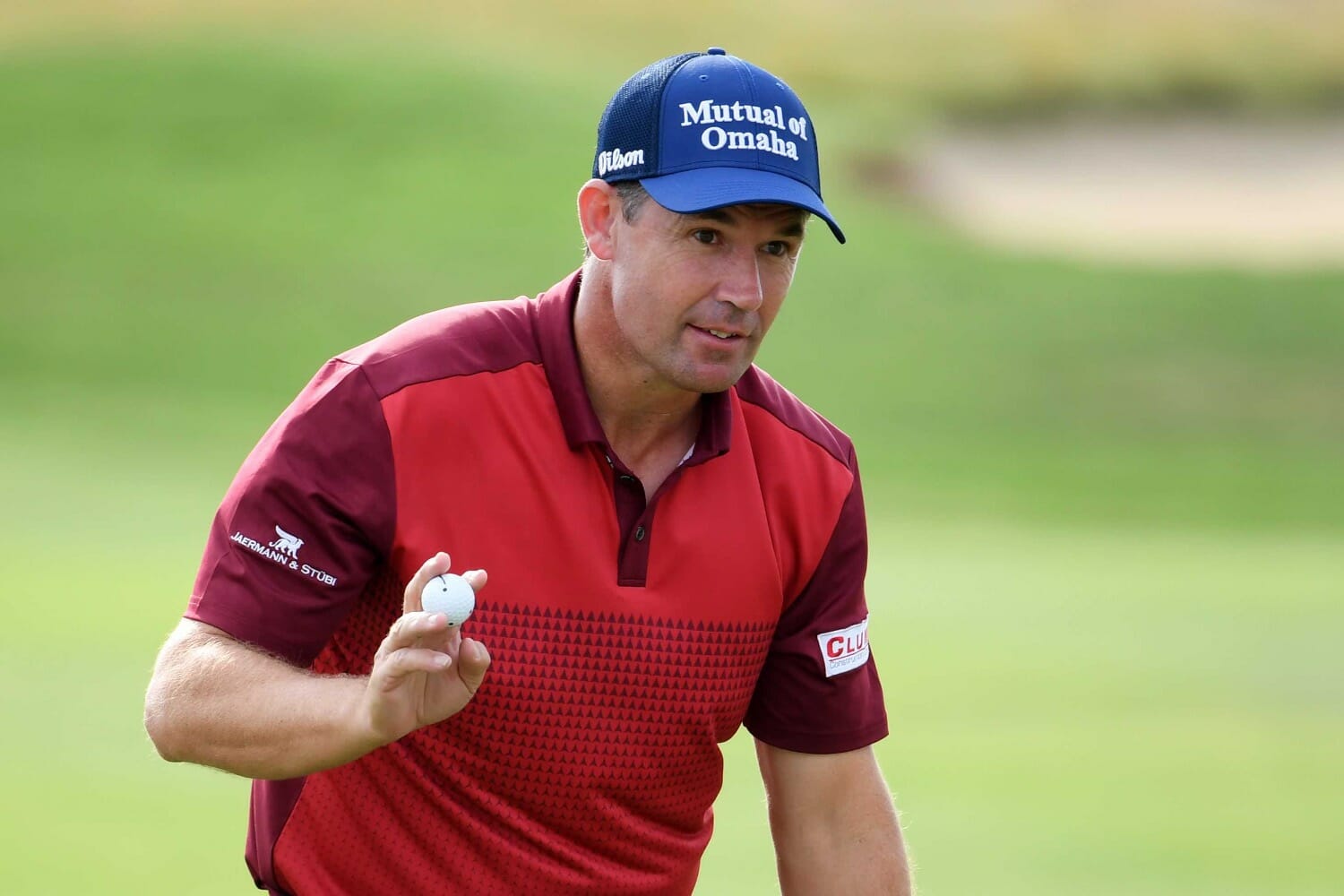 Padraig Harrington was bound for New York City with renewed hope after the Dubliner fired a closing six-under par 65 to sign off on a pleasing week at the AT&T Byron Nelson championship in Texas.

The three-time Major winner jumped 15 places up the leaderboard into a share of 12th after finding seven birdies in a rousing finish that saw him end his week on a 15-under par total.

All up, four rounds in the sixties for Harrington amounted to a handsome $154,840 reward. Yet more pertinently, after an interrupted playing schedule to date this year due to breaking his wrist over Christmas, it was just the performance Harrington needed as he turns his attention to the year’s second Major this week and one he previously captured in 2008 at Oakland Hills – the PGA Championship.

“There was plenty of birdies today, it’s a nice golf course for that, there’s opportunity abound and it’s nice and wide open off the tee for me,” he added smiling.

Understandably, much of the pre-tournament talk in Texas surrounded the likes of Brooks Koepka and Jordan Spieth but despite heading for Bethpage Black very much under the radar, Harrington is feeling encouraged that the scars of a far from ideal pre-season preparation might finally be behind him.

“Oh yeah, no doubt about it. You always wish you had a couple more weeks but I came into the last three weeks thinking I broke my wrist during the winter so I was kind of pushing it along, trying to get ready and the idea was that I was going to play three weeks into the PGA to get myself ready, I’d normally only play two.

“As you see, everybody has a different way and two is normally good for me but this is just showing me a bit of form and I’m happy I committed to those three weeks.”

‘Is it going to be Harrington Air?’ asked SkySports Rob Lee of the Ryder Cup captain’s travel plans from Texas to the Big Apple.

“Absolutely,” replied a beaming Harrington. “Why not?”

Harrington has been drawn alongside fellow former PGA champions, 2010 winner, Martin Kaymer and 2011 victor, Keegan Bradley for the first two days play. He’ll tee off the first on Thursday at 1805 Irish time aiming to lay a solid foundation on which to mount a challenge for an unlikely fourth Major title.