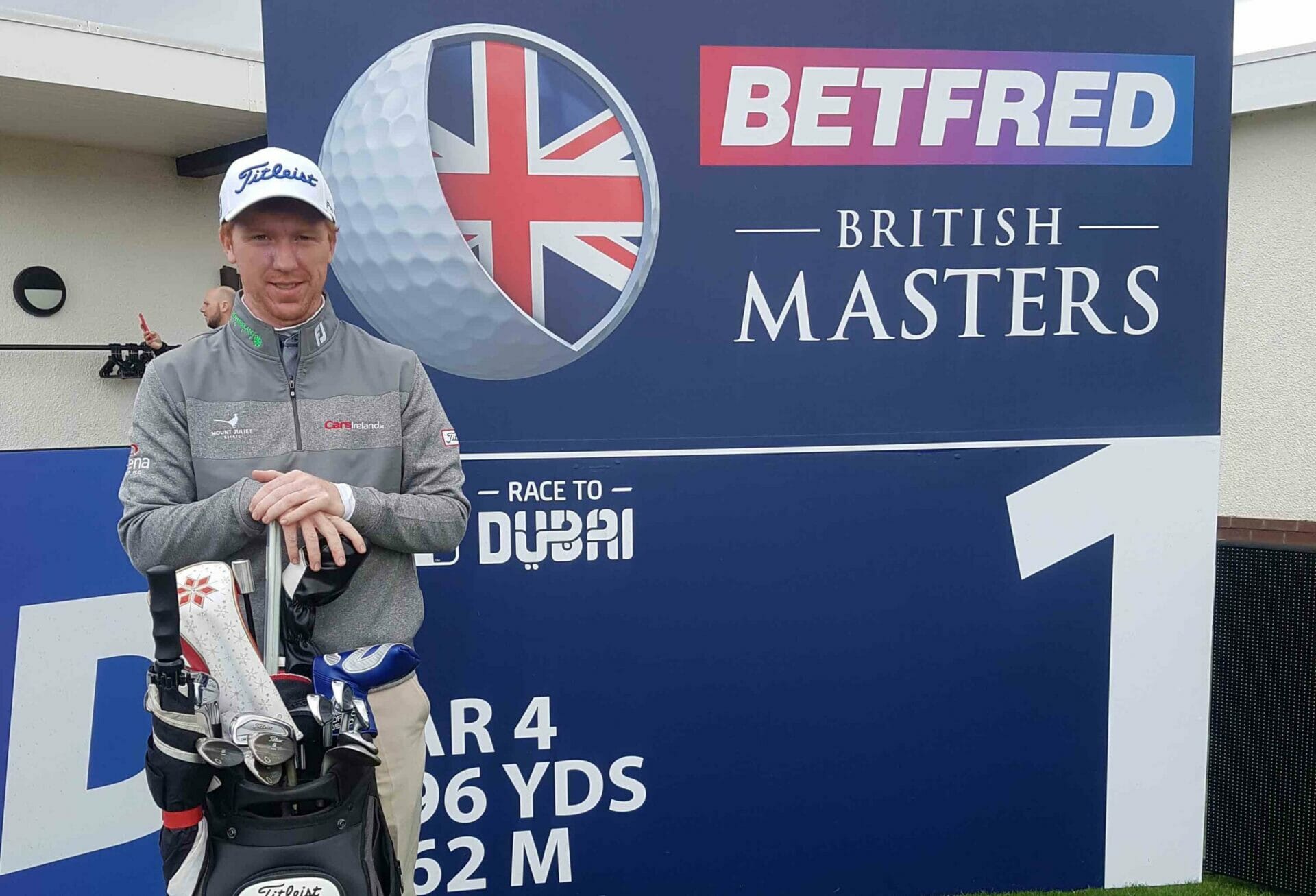 For the Mount Juliet-attached Gavin Moynihan the Irish Open will always hold a special place in his career.

Not that it is his ‘own’ national open but it was in the event that the then 19-year old Moynihan made his European Tour debut, contesting the 2013 Irish Open at Carton House.

Moynihan has since been privileged to contest every Irish Open since and benefitting from sponsors invitations.

And with the 2019 Dubai Duty Free Irish Open now a matter of weeks away, Moynihan is hoping tournament most Paul McGinley and the event organisers will again afford him a tee-time in the event taking place from July 4th to 7th at Lahinch.

“I was home last week working on my links game at The Island and Portmarnock, so looking forward very much to this week.”

“I am hoping so much to be teeing-up at Lahinch, and while I won’t get into the event at this stage off my category, I am going to rely on an invitation,” he said.

“With Paul (McGinley) as the tournament host, it would be nice if he could put in a good word for me”.

Moynihan revealed he’s never played Lahinch but he will correct that next week in heading to Co. Clare for a practice round simply to familiarise himself with this year’s host Irish Open venue.

“I have never played Lahinch but with a week off next week, I am planning to head down there for a practice round,” he said.

“I’ve heard it’s a fantastic venue and that everyone in the region is getting very excited the Irish Open is heading to Lahinch”.

Moynihan’s best showing in an Irish Open remains a T14th to earn a cool €84,500 behind John Rahm in 2017 at Portstewart.