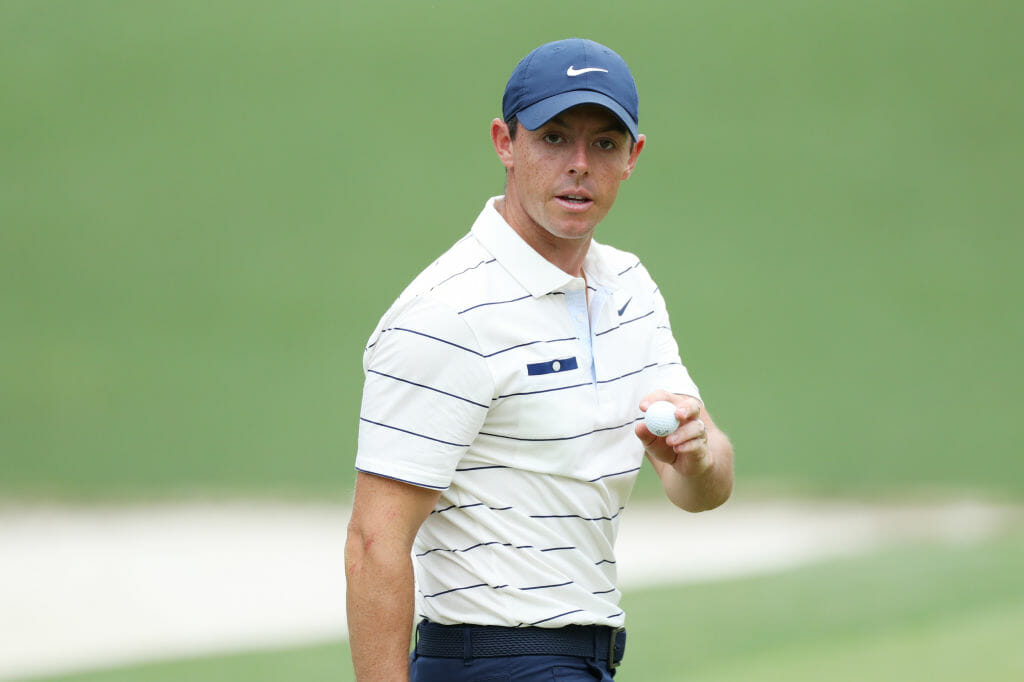 Surprise Wells Fargo Championship winner, Max Homa, revealed it was going head-to-head with Rory McIlroy on his 30th birthday that was the key to his Quail Hollow success.

McIlroy and Homa were drawn in Saturday’s penultimate group with McIlroy teeing-off at eight-under and the 28-year old Californian sharing the second day lead on 11-under.

Seconds after McIlroy was introduced, the crowd around the first began singing ‘Happy Birthday’ while there was a message slap bang in the centre of the main course leader board saying ‘Happy 30th Birthday, Rory’.

It’s no insult to his playing opponent but 99% of the fans looking-on and those glued to the ‘box’ before the week had never heard of Max Homa.

And while McIlroy was getting calls of ‘Happy Birthday, Rory’ as he walked that third round and posting a ‘get back into contention’ 68, fans also politely gave Homa the respect he deserved in shooting a 70.

Homa, who has now jumped from 407th to 102nd on the World Rankings, used the experience alongside McIlroy to eventually post a closing day 68 and win by four shots.

McIlroy’s birthday cake was never seen on day four while the celebratory champers was put back into packing boxes as the Ulsterman stumbled his way to a horror 73 and a distant share of eighth place.

“That third round alongside Rory was one hard day,” said Homa.

“I was driving to the course and I was nervous as can be.  I’m thinking all the time I’m playing with Rory, who the heck am I? It’s his birthday, he’s probably going to lap me. I’m freaking out, right?

“And I thought back to that day earlier and I thought to myself, I don’t think that anyone out here, or a handful of them, I know Rory hadn’t, has ever had to do what I had to do and then is in this position right after.

“So honestly, I told myself, that’s not pressure. The worst that can happen is I shoot 80 and move on. Life goes on. I’m still on the PGA Tour, still have an awesome life.

“At that point I was highly considering, you know — I would have to go to Q-School, don’t get through there, you start to spiral on the negatives.

“So, that’s pressure. As far as athletics go, that’s a little bit more than this. This was, I mean, I could make a quadruple on the last hole and get second, it’s still a little better than going back to the second stage of Q-School.”

Having not disgraced himself, Homa went out in the last group to bravely land a maiden Tour title and with it the whopping $US 1.422m first prize.

And it was thanks, in some ways to playing alongside McIlroy on the day of his 30th birthday.

“I thought Saturday was brutal having to play with Rory for a first time and being in that position was hard enough, then you get two rain delays,” added Homa.

“Sunday, I woke up, talked to my coach. My coach texted me. I can’t remember exactly what he said, but he said something like, “There’s going to be adversity, there might be a delay, just prepare yourself.”

“So, I prepared myself for that delay we had.

“Now it’s wild.  I have some job security which is great. Yeah, I guess my whole world’s a little bit different now.”

The result sees McIlroy remain at No. 4 in the world while Seamus Power, who sadly doubled the 72nd hole to let slip a third straight top-10, picked-up a dozen spots to be World No. 263.

A second at the Wells Fargo would have handed Power a tee-time in next week’s PGA Championship. Instead, the West Waterford golfer will join his 2016 Irish Olympic Games team-mate Padraig Harrington in this week’s Tour event in Dallas.

Ireland has McIlroy, Graeme McDowell and Shane Lowry competing in the year’s second Major and the May 18th commencing PGA Championship at Bethpage Park on New York’s Long Island.

And McIlroy will have fond memories returning to Bethpage Park having made is US Open debut at the course in 2010 and finishing a credible T10th while he’s contested two Barclays Championships on the public course venue.

“Bethpage Park is a good course,” he said. “I’ve played three tournaments there, two FedExCup playoff events and a U.S. Open. I think it will be set up very similarly to the way that the PGA Tour events were set up. It’s sort of fair, it’s right in front of you.”