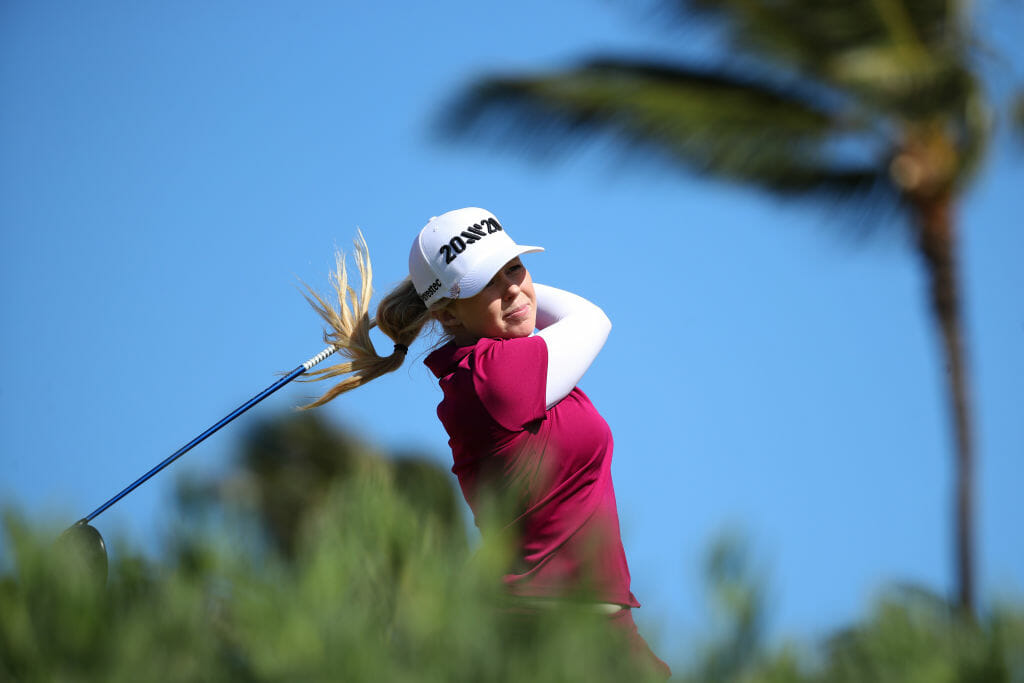 Having started the day inside the Top-20 at the Hugel-Air Premia LA Open on the LPGA Tour, Jordanstown native Stephanie Meadow comfortably made the cut, which fell at +4, but now finds herself battling to stay inside the Top-50 after day two.

Meadow has struggled since making the move up to the LPGA this season and while she was superb in getting herself there from the Symetra Tour circuit, she is undoubtedly enduring a settling-in period, although she has been on the LPGA circuit before (her rookie year was 2015). That said, having missed the cut in her last outing at the Lotte Championship, she will be delighted to have ensured two important weekend rounds this time out, along with some much needed dollars a the end of it.

With the standard of play on the LPGA Tour being so high, if Meadow wants to feature week-in week-out then she will have to go low in every tournament round and while at the moment that just isn’t happening for the Investec and 20×20 ambassador, she has shown flashes of brilliance and certainly has the determination and ability to be successful at this level.

After the second round Meadow sits in a tie for 39th place on +1 after a rollercoaster of a day which saw her card back-to-back bogeys on 5 and 6, turn in 37 (2 over), before another bogey at 11 was followed by her two birdie highlights on 13 and 15.  Unfortunately she also bogeyed the final hole to leave her on two over for the round and one over for the tournament.

The first round leaders didn’t capitalise on their strong starts either though with both Stacy Lewis and Hannah Green posting rounds of +2 to leave them in T5 place, while the in-form Minjee Lee took the initiative and having been in third at the start of play now finds herself one shot clear at the top of the leaderboard.

The fourth-ranked Lee shot a 2-under 69 to reach 7-under 135 at Wilshire Country Club with the ighlight of her round a holed a wedge from 114 yards for eagle on the par-4 14th.

“Out of all the ones that I have been close to making, I think that’s the only one that I actually saw like drop into the hole,” Lee said. “It was pretty cool to see it happen for the first time.”