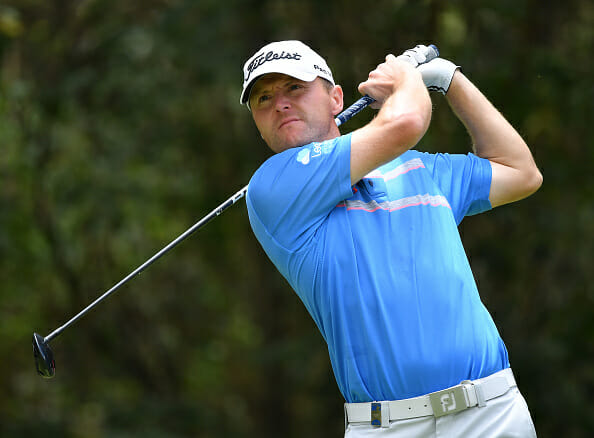 It’s seven years since Michael Hoey sensationally posted a pair of weekend 65’s to capture the Hassan II Trophy at Agadir in Morocco.

Hoey won a then fourth of five European Tour titles on the ultra-exclusive Golf du Palais Royal course in Agadir.

This week he returns to the Moroccan capital of Rabat to tee-up on the splendid, old-style Royal Golf Dar Es Salam course.

The event is Hoey’s sixth this season and also a second visit to the African continent in a month since finishing T17th in the Kenyan Open, his best finish of the season.

After losing his main tour card at the end of 2016, the now 40-year old Hoey has contested just 16 European Tour events over these past two-and-a-bit years.

In this period, Hoey has plied his trade on the secondary Challenge Tour, contesting some 36 events over the course of 2017 and 2018 as he continues looking for that ‘purple patch’ to win back his European Tour card.

And as much as he’s tried, the Belfast golfer has managed just seven top-10s with a best finish of T4th in last year’s Made in Denmark, while Hoey secured his best prize cheque at the 2017 Irish Open of just short of €50,000 for a share of 30th at Portstewart, and all thanks to an invitation.

Hoey had silenced fellow Ulsterman and then reigning US Open winner, Rory McIlroy in October 2011 to capture the Alfred Dunhill Links Championship in Scotland. And the man from Ballymoney was naturally still full of confidence heading into 2012 when he arrived in Agadir.

I can still recall vividly the trip each day from the official hotel in Agadir to the Golf du Palais Royal, where all those on the bus had to show their passports before entering the walled course laid out along the Atlantic Ocean.

Hoey had trailed Damien McGrane by nine after an opening 74 but was a brilliant 14-under for the weekend at Golf du Palais Royal thanks to a pair of weekend 65s as he finished with a 17-under par total.

“It’s all a bit surreal at the moment but it always feels like that for me,” Hoey said at the time.

“I was really trying to stay in the present all day and go through the routines of one shot at a time and everything else and then I was really surprised to see Damien had dropped shots as I played the 17th but it was great to have that three shot lead playing the last.

“When I saw that I just wanted to get a good drive down the last because it is a really tough hole and I managed to do that and the hit a great approach in there. I actually hit all the right shots at the right times over the closing holes which was really satisfying.

“I was actually thinking that I might struggle to make the cut after shooting two over in the first round but I started swinging the club really well and the confidence was there so it was great to back that up with the scores too. The second round was a good 67 and then to shoot two 65s over the weekend was pretty special really.”

Hoey’s three shot victory lifted him inside the top-15 on The Race to Dubai and put him back in the hunt for a Ryder Cup debut later that year.

Asked then in May 2012 about the Ryder Cup, the former British Amateur Champion said: “I’ve not really been thinking about it, but I’m obviously in contention.”

How times have changed but his revival of late still harbours plenty of life. What a second Hassan II victory would do now for the very affable Hoey and his remarkable career…