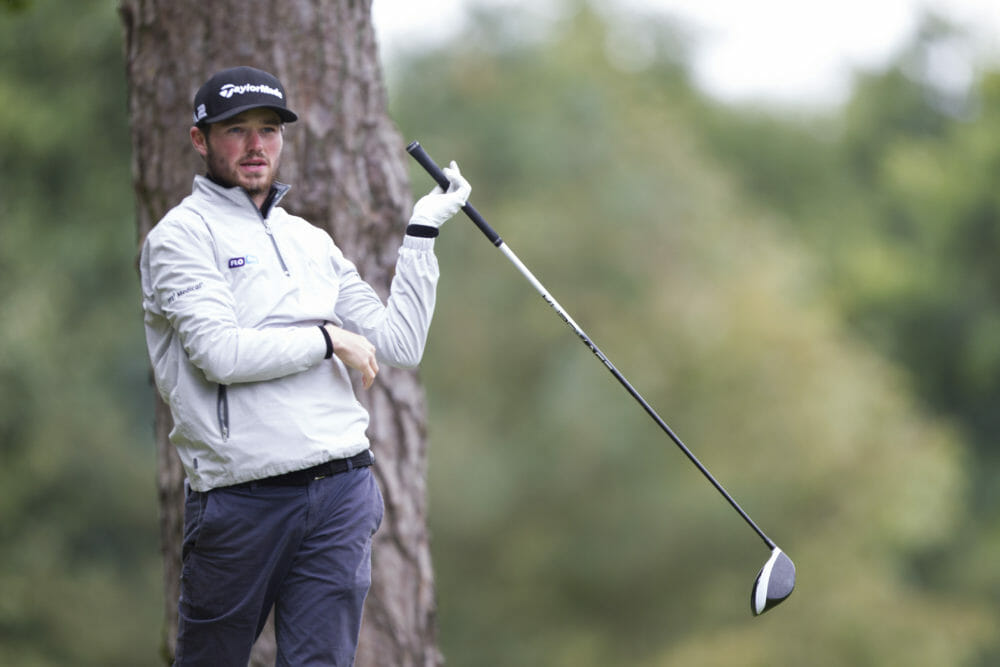 After coming so close to securing his Main Tour card last season, Cormac Sharvin is looking to lower his scoring average to aid his European Tour ambitions, starting at this week’s Turkish Airlines Challenge.

It was a frustrating end to the 2018 season for Cormac Sharvin as he missed out on a European Tour card at Final Stage Qualifying by just a single shot.

The Ardglass professional was well-poised for a tilt at one of the 25 cards on offer going into the final round and started nicely with two birdies in the first five holes.

A par at the sixth arrived before he teed it up at the seventh and hit a shot into the heart of the par-3 green. Job done for now.

“I think you were ahead of the tee there,” called playing partner Alex Knappe.

With the tee box on an angle to the wide green, Sharvin had inadvertently pegged his ball up approximately one inch in front of the permitted area.

“It was an unfortunate turn of events,” said Sharvin. “I was cruising along pretty nicely. I got to the par-3 seventh and I think that because it’s such a wide green, the tee was aiming for the green and the marker on the right set me off. I just teed it up and hit a nice shot to the middle of the green.

“Alex said that he thought I was in front and, luckily, Andrew Snoddy, the referee, was right next to the tee so I called him over and said, ‘we might need you here’.

“It was really clear that I was probably an inch to an inch-and-a-half ahead and I just had to take it on the chin really. It was my fault, I can’t blame anyone else for it and I definitely won’t do it again that’s for sure!

“I wouldn’t have been surprised if someone else did tee it up in front that day as well, just because of how the tees were aligned. I managed to put it behind me and I actually hit a really nice seven iron to eight feet and holed it, so I limited the damage.”

With his dream of a European Tour card over for another year, Sharvin set about tightening up his game in the off-season ahead of the European Challenge Tour’s season-opener this week at the Turkish Airlines Challenge from April 25-28.

“I’m excited for another season on the Challenge Tour,” he said. “I’ve been living in Dublin and, surprisingly, the weather’s been alright in Dublin.

“In the middle of the off-season I alternated between home and Portugal, so either did a week in Portugal and a week at home or ten days in Portugal and three or four days at home, just to break it up. I don’t want to be down there for a month, I just end up getting bored.

“I get more work done if I have a spell there and then come back and relax at home. It keeps you focused and keeps you fresh.

“I spent a lot of time in Quinta da Lago. Team Ireland have a great deal there where you can play and stay for free so that works really well. I got down there and played 36 holes a day trying to develop my skills.”

The 26-year-old’s stroke average in the 2018 season was 70.74 and his aim for this year is to get that number down to 69, which he believes will give him a good chance at finishing in the coveted top-15 on the Challenge Tour Rankings.

“I feel like if I can bring my stroke average to around about 69, I’ll have a really good chance,” he said. “That’s my big focus, just trying to break 69 as much as possible and basically give myself chances to win.

“The schedule is set up better this year for the more consistent player, and I feel like I am a consistent player. I won’t shoot too many high scores; I have a lot of good weeks with the way I play.

“There are not as many events where someone can just win and take a spot in the top-15. I feel like that will suit my game this year.”