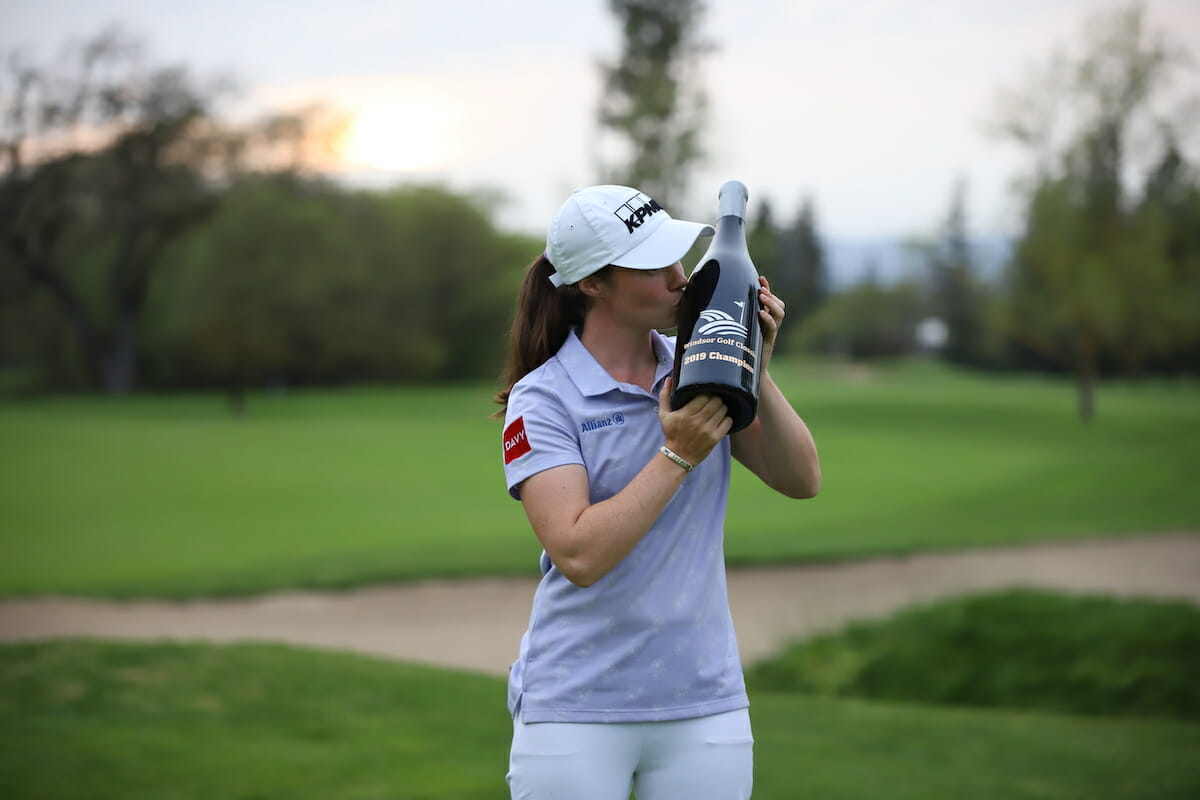 The Cavan star fired a final round seven-under par 67 to climb to the top of the leaderboard at the end of play but for Anannarukarn to birdie the 18th to force the playoff.

Maguire had entered the final round of last Sunday’s IOA Championship at Morongo in the lead only to struggle to a Sunday 77 and an eventual fourth place finish. Billed as an immediate shot at redemption this week in California after falling short of victory in that final round, it’s hard to predict what would have been going through her head as Anannarukarn refused to give in.

Whatever the feeling was, Maguire was unmoved. Instead maybe more determined than ever to show the golfing world that last Sunday’s slip-up was an uncharacteristic one-off. Sure enough, the former world amateur number one wasted little time in doing so, with her birdie at the first extra hole seeing her become a champion in just her 17th “Road to the LPGA” start.

“I’ve been so close for the past few weeks and started off really well today, tried to keep my foot down,” said Maguire. “I suppose being so close last week gave me a little bit of extra motivation and it tastes a little sweeter today.”

Maguire battled Windsor Golf Club yesterday in a final round highlighted by a stretch of four straight birdies from holes four through seven.

“I knew the way the course was set up today, the greens a bit softer and I left a lot of chances out there yesterday,” said Maguire, who trailed by three shots entering the final round. “I chipped in on the first for birdie which kickstarted my round, then holed a few nice putts to keep the momentum going. The way the greens and pins were, I knew I had to go low to catch Pajaree, everyone was going to make birdies.”

For the win, the Cavan golfer claimed the $22,500 winner’s share of the $150,000 total purse and has jumped to a familiar position of number one, only this time on the Symetra Tour’s Volvik Race for the Card standings.

After the win Leona took a quick face time from her Modest! Golf management team of Niall Horan and Mark McDonnell

The victory and $22,500 winner’s check move Leona Maguire from No. 7 to No. 1, having earned $36,510 through the first four events. Here is a look at the current top-10 heading into the fifth annual Murphy USA El Dorado Shootout at Mystic Creek Golf Club in El Dorado, Ark. from April 26-28: