McDowell has plenty encouraging him on to Augusta 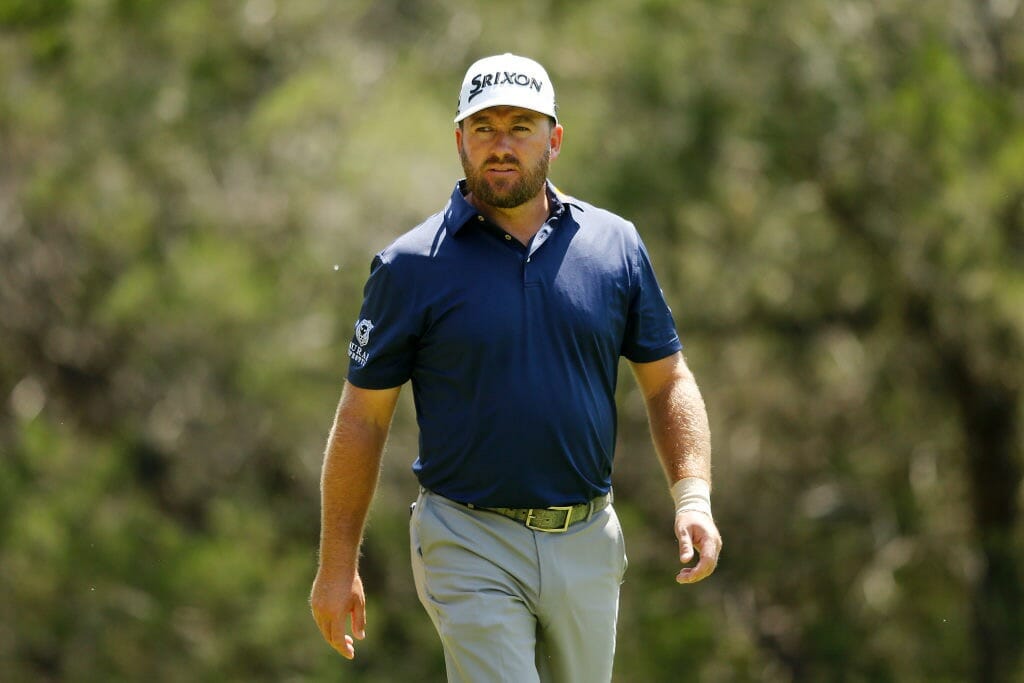 Graeme McDowell has no shortage of support in striving to qualify for next week’s Masters and is contesting this week’s Valero Texas Open, the one last qualifying event for the year’s first Major starting April 11th at Augusta National.

And after ending a four-year victory drought last Sunday, McDowell continued his good form in posting an opening score of a superb three-under par 69.

GMac did not grab his first birdie until the ninth but went to two-under par with a six-footer at the 12th ahead of the putt of his round in sending a 56-footer for eagle at the par-5 14th to just a foot for the easiest of birdies.

He then came to the uphill final hole only to find a fairway bunker with his second and then missed the green well left for three before a 43-foot chip shot to just inches to save par.

McDowell headed to the scorer’s hut with a renewed spring in his step sharing 17th place on three under at the close of play, alongside one of Ireland’s other competitors this week Seamus Power who produced a bogey-free round along with birdies on the 8th, 16th and 17th (his 7th, 8th and 17th holes).

There were many who believed McDowell’s victory last week in the Dominican Republic was a Masters qualifier but given it’s $US 3m prize purse Augusta officials do not recognise the tournament. This is in contrast to this week’s $US 7.5m bonanza in San Antonio.

“I’ve got a lot of people texting me thinking I was in Augusta and follow-up texts going, ‘Oops, sorry, didn’t realize you weren’t in Augusta,'” said McDowell.

“I would love to win this week and go to Augusta next week but that’s going to be very difficult to do, a lot of great players here and I’ve got to moderate my expectation levels.

”One of those backing McDowell is Ian Poulter, who was in a similar situation this time last year, needing to win the Houston Open to secure the last Masters tee time and Poulter did just that with his stunning play-off success.

“Poults has been incredibly supportive of me the last year because he can certainly relate to the position that I’ve been in the last couple years because he’s been there himself,” said McDowell.

“So, he’s been in particular very supportive of me, sending me a lot of messages when I’ve been in contention on weekends and really pulling hard for me.”

“And that goes for a lot of people. I feel like a lot of people and friends and, you know, the win at the weekend resonated with them because they understand what I’ve been through. I mean, a lot of players across all sports go through similar things where they’re in slumps and they’re trying to dig their way back out of it.”

“So, I had a lot of texts and emails that I’m still trying to get through and reply back to people.”

“It’s been amazing the amount of love that I’ve been getting from people and appreciating what I achieved. It’s been nice to know people still care, you know”.

Also seeking an Augusta tee-time is Padraig Harrington who was two-under par after 12 holes but dropped shots at his 15th and 16th holes.

Korean Si Woo Kim, one of 76 players in the field assured of heading to the Masters, was the early leader in posting a six-under par 66 on the TPC San Antonio course and he holds a one shot overnight advantage over a chasing pack of four players all on five under par.