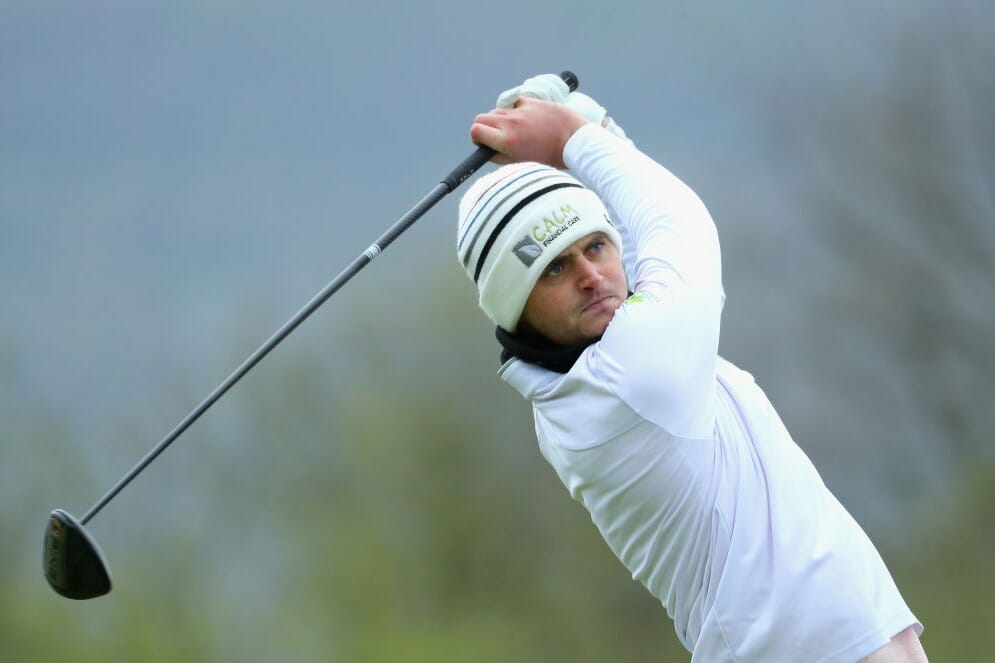 It's fair to say that Sunday at Seminole was largely uninspiring but one thing it did spark was a gender debate with Mel Reid. Did golf miss an opportunity to showcase ALL the game has to offer?
Read more
Columns

The PGA EuroPro Tour finished up for day two after players face a ferocious battle with the elements to secure their precious spot for Final Stage Q School at Frilford Heath Golf Club in two weeks’ time.

From suspensions due to frost and heavy rain to snow causing chaos at Macdonald Cardrona, players were hit by just about everything and yet still there was plenty of smiling faces from an Irish perspective when it was all said and done. Here’s a round-up of our runners and riders:

An early frost cleared up at Macdonald Portal for a full day of play in Tarporley where Ireland’s budding qualifiers thrived in the elements.

John Hickey of Cork Golf Club maintained his overnight lead by adding a one-over par 74 to his opening 7-under 66 to top the qualifying board alongside Gian-Marco Petrozzi.

In more good news for our invaders, Naas Golf Club’s Conor O’Rourke shot a brilliant four-under par 69 in his final round to end up third. “I was about halfway through my warm up when I got my text,” said Hickey who was uncertain whether play would get going at all at one point.

“Basically when I got there it was just about trying to deal with the conditions the best I could. And try to play steady golf where possible; try not to do anything crazy and play lots of pars.”

With that mission accomplished, Hickey is now looking forward to final qualifying at Frilford Heath.

“I’m looking forward to Frilford. I’ve played one of the courses there and I think it’s very good. In terms of my preparation, I’ve been doing a lot of work on all parts of my game over winter and it’s just the case of continuing that work. Trying to stay as sharp as I can and bring some momentum from this week.”

Caversham Heath
Caversham Heath started on time with the rain holding off but that was short lived with play abandoned as of 13:45 due to an onslaught.

That meant round one cards counted with 38 going through to Final Qualifying School at Frilford Heath. That proved good news for Ireland’s Declan Loftus who snuck in on the number at one-over par. Unfortunately, Black Bush’s Stephen McCarthy missed out by one.

Donnington Grove
Play was abandoned early on at Donnington Grove due to a heavy downpour that washed out the course. That played to Peter Williamson’s advantage with the Woodcote Park player advancing by the skin of his teeth after a round one 75.

James Allan, Lars Buijs, and Sam Day topped the board at minus-three with 36 spots taken in-all for final qualifying.

Studley Wood
Studley Wood managed to escape the neighbouring rain that impacted play at Donnington Grove and Caversham Heath but there was no luck for Ireland’s players regardless.

Castleknock’s Dylan Brophy can count himself most unfortunate after his brave seven-over par 36-hole total fell one shot shy of the qualifying mark. 39 spots were taken from Studley Wood for the final stage of qualifying.

Macdonald Cardrona
Macdonald Cardrona had play cancelled for the second day due to snow. Play has been rescheduled for Wednesday 10th April 2019 where it’ll be contested over 18 holes. The final number of qualifying spots will be determined by a percentage of the field once play is underway.

Players are competing to earn the highest possible category on the 2019 PGA EuroPro Tour. All those progressing to Final Stage will earn at least a category 14, with golfers making the Final Stage cut earning a minimum category 10 and the top 30 earning category 3.

“To play the Ryder Cup without fans would be close to criminal. To play it with them could be much more serious"
Read more
Tour News

Lee Westwood’s hosting of the Betfred British Masters will herald a return for the European Tour from July 23-26. Bring it on!
Read more