Leona leads by one ahead of final round of IOA Championship 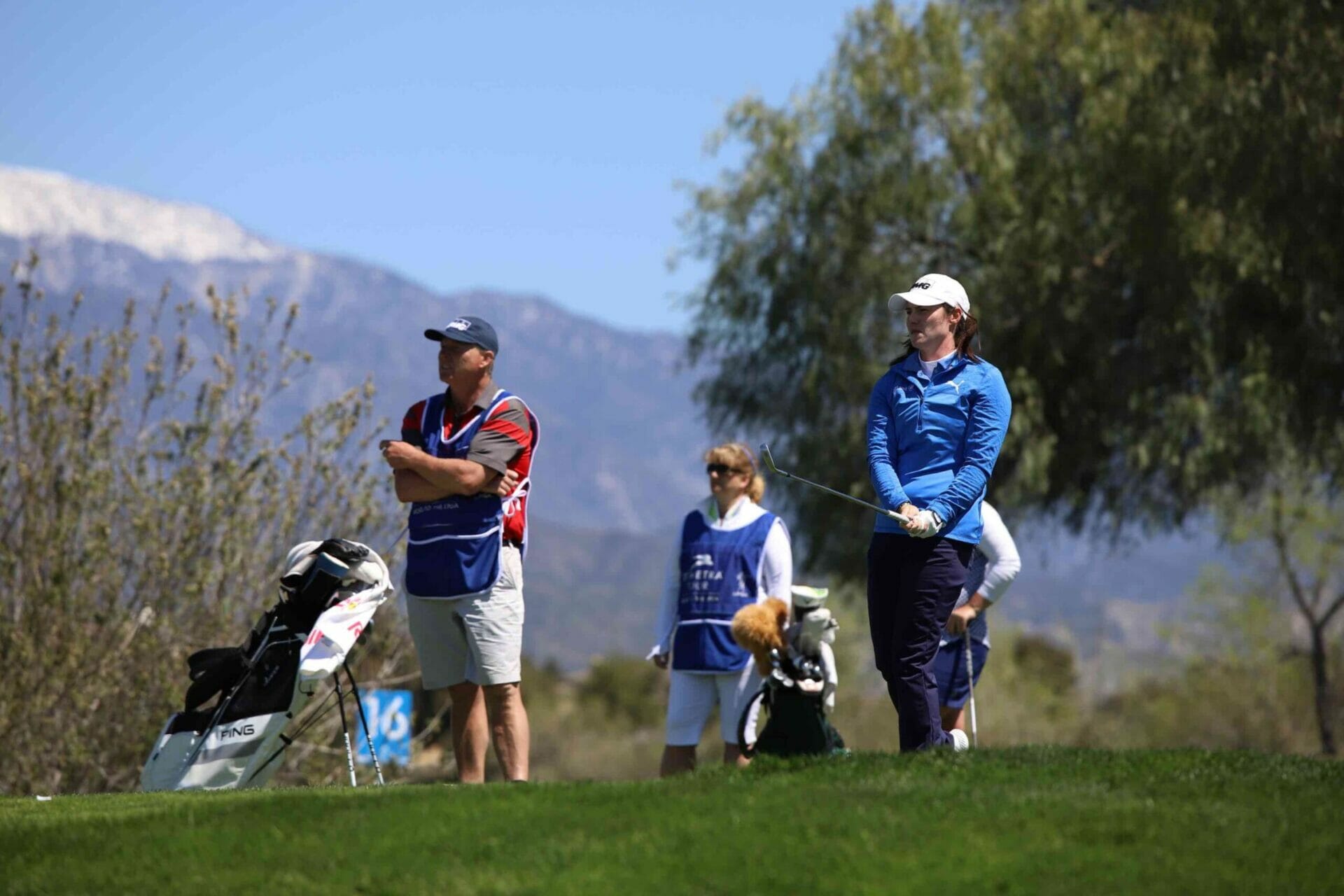 Leona Maguire tops the leaderboard after the second round of the IOA Championship presented Morongo Casino Resort & Spa and is hoping to etch her name under that of Stephanie Meadow in the record books as winner of the event later today.

And while Maguire is hoping to keep the winners name Irish, it isn’t just a home country that Maguire and Meadow share as they competed together in foursomes at the 2012 Curtis Cup as part of the GB&I team.

Maguire of course has serious pedigree at amateur level, holding the all-time record for most weeks (135) at No. 1 in the Women’s World Amateur Golf Ranking (WAGR) and she is a four-time Vagliano Trophy and three-time Curtis Cup team member representing Great Britain & Ireland, including 2012 and 2016 Curtis Cup champions

“We played a lot of junior golf together, on Irish teams growing up and a lot of the same courses,” said Maguire following a bogey-free, 3-under par 69 performance in the second round.

“I would say our games are quite similar, so it’s not exactly shocking that I’ve played well at a course Stephanie’s played well at. This isn’t necessarily a typical course you get in Ireland, maybe as lush and green as it is though.

”Maguire heads to the final round with a one shot lead at 7-under par overall, with a group of three players just one shot back. She hopes to continue her success around Morongo Golf Club at Tukwet Canyon that has led to 10 birdies over 36 holes and just three bogeys.

“I think this is a tough golf course, you have to drive the ball well because that rough is thick out there,” Maguire said.

“There’s some long holes and the wind today made it a different golf course, right back into the wind made some really long.

”Now in her second year on the Symetra Tour Maguire says she is settling into the Tour much better now; “This year I have a little bit more time, can plan out my schedule. Last year was such a quick turnaround between graduating to finishing up with Nationals then going straight to playing tournaments.”

“It was all quick and kind of chasing myself all year, didn’t really get a chance for a proper break. This year it should work out nicely. I’ve had more patience, was maybe a little impatient coming out of the blocks halfway through last season because I knew I had a lot of ground to catch up. It’s nice to be starting this year on an even platform with everybody else.”