Dunne muscles his way to share of Puntacana lead 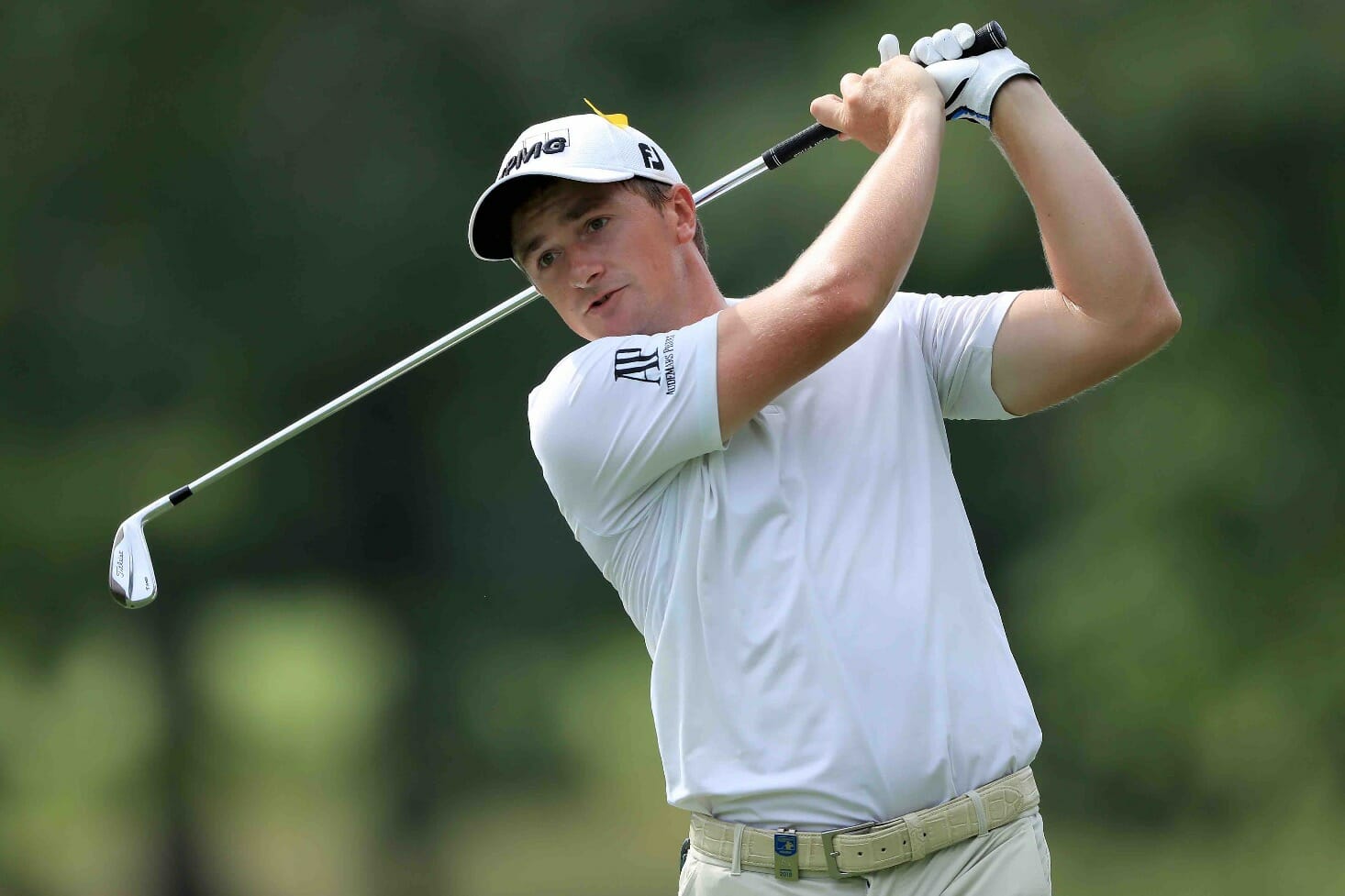 Paul Dunne brilliantly made the most of his invitation in storming his way to a share of the lead posting a six-under par 66 on day one of the PGA Tour’s Corales Puntacana Championship in the Dominican Republic.

Dunne had travelled 6,500 klms from Dublin to the Caribbean Island for a second year running and was naturally delighted to birdie his closing three holes to join Aussie Matt Jones and American Joel Dahmen sharing the lead in the $US 3.6m event.

“I think to be honest with you, I knew starting out that the back nine in this wind was the trickier nine. You’ve got a lot of 3 and 4- irons into holes and tricky enough greens. I knew the first four or five holes would just kind of be a grind to get through and then the chances would open up after there,” said Dunne.

“My short irons were good. My speed on my putting was good, so I gave myself a lot of chances. When I was getting myself in trouble, my chipping was nice. So yeah, I think it’s just the way it plays. Those holes, 10 through 13, are tough. Even 12, the par 5, is, because of the green playing in the wind, par’s a good score there. I think that’s kind of the difference really,” he added.

Dunne accepted an invitation to return to event after last year finishing T5th and then by finishing top-10 headed to the Houston Open to finish T8th and he clearly enjoys the course saying; “Yeah, I like the golf course. I feel comfortable here. The couple of loose tee shots I normally hit in a round I can get away with here, so play to my strength a little bit. The breeze blowing for the week is nice, we’re used to that. So yeah, I feel comfortable here. Just a matter of getting some feels in my game to where I can take it to the course.

“It hasn’t been Dunne’s best season thus far after six events in Europe, but his first foray on the PGA Tour this year is certainly going well and he mixed eight birdies with two bogeys to share the first-round lead, his second on the PGA TOUR (64/2018 Houston Open); “This year, yeah, kind of a bit all over the place. It’s been fairly average. I missed the first two cuts and that next four I make one 3rd place, the rest of then average enough,” he commented.

“Things are starting to get better, I’m starting to get back in the swing of tournaments. Yeah, I guess tournament golf’s so different from practicing. I tend to take a bit of time off over the winter, so it’s nice to get a bit of a stretch going. To get this invite is great for me because it kind of bridges a gap where I wouldn’t have had a tournament for another five or six weeks. It’s nice to fill the gap there with a great event and hopefully I can make the most of it.”

Seamus Power signed off for a level par 72 and Graeme McDowell a 73.