McIlroy & Woods on track for last-16 showdown in Texas 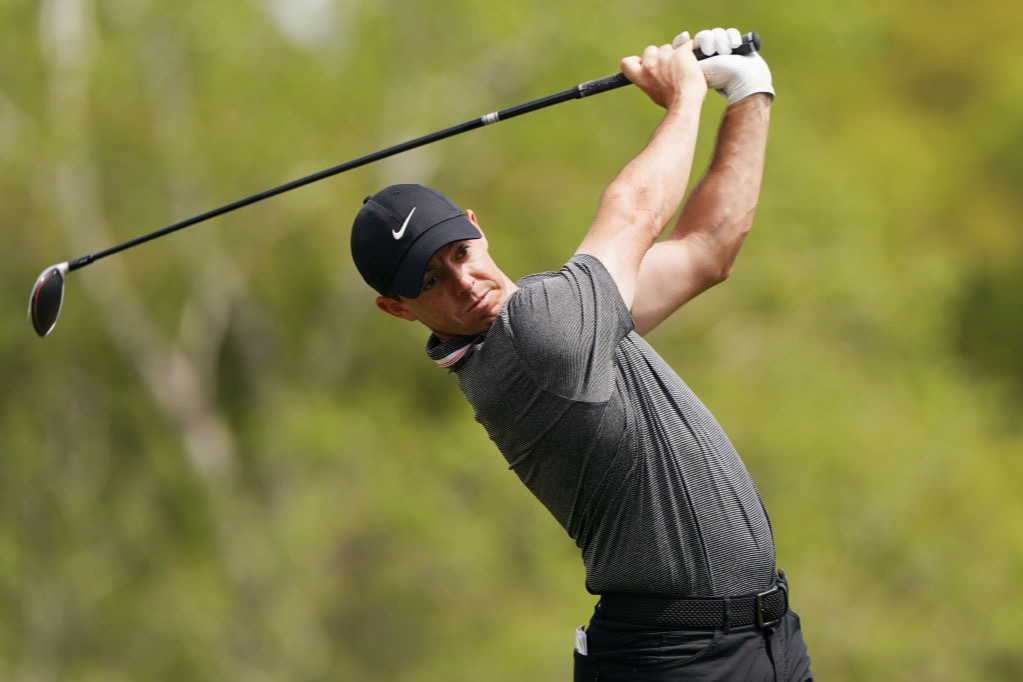 Rory McIlroy boosted hopes of a Saturday morning Texas shootout against Tiger Woods with both players winning their opening round robin encounter in the WGC – Del Technologies Match-Play in Austin.

McIlroy comfortably won his match with a 5 & 4 demolition of American rival Luke List in the Euro 9.115m event being held in the Texas capital while Woods was never behind in his match against Aaron Wise, winning 3 & 1.

McIlroy’s 38th victory in now 25 matches is the first occasion in three year’s he’s won his first match. The past two years McIlroy has lost his opener 2 & 1 on each occasion, going down in 2017 to Dane Soren Kjeldsen and last year to American Peter Uihlein.

“The result probably reads a little more nicely for me than it was,” said McIlroy.

“Luke let me away with a couple of holes and we both bogeyed the seventh and then I was sort of messing around down the left of nine and held a 20-footer for bogey.

“From there I played a good back nine with two good birdies on 13 and 14 to close it out.”

McIlroy seized an early 1up initiative after just two holes over his Augusta, Georgia opponent when he landed his second at the par-4 second to eight-feet and holed the birdie putt. The duo had birdied the first but it would be the closest List would get to the World No. 4.

McIlroy and List did halve holes three, four, five and also the par-5 sixth hole where McIlroy should have gone 2up after being in the middle of the fairway but then sending his second through the crowd back left of the green. The Ulsterman salvaged a par to match List’s par and remain 1-up ahead of each dropping a shot at the par-3 seventh hole.

List has been on the Tour since 2016 and the closest he’s come to victory was losing a play-off to Justin Thomas in last year’s Honda Classic.

McIlroy eventually went 2up in sending a booming 335-yard drive down the eighth and some 20-yards further than his rival before landing a second to 16-feet while List was in a right-side bunker and taking three to get up-and-down for bogey to McIlroy’s winning par.

The ninth was halved with each posting a bogey ‘5’ while they went to 10 where each conceded short tap-in par putts before the turning point in the match when List found the water back left of the green at the par-3 11th after McIlroy put his tee shot into a greenside bunker.

List reloaded to find the green in three but with the American conceding the hole and going 3-down when McIlroy landed his second shot to just three-feet.

McIlroy then went 4up when he birdied the par-4 13th and in what was his fourth birdie of his round to List’s lone birdie at the first.

The match ended on a great note for McIlroy in sending a fifth birdie of his round to the bottom of the cup at the par-4 14th.

Woods meanwhile, contesting the event for a first occasion since 2013, closed out his match with a par at the 17th after his opponent Wise three-putted for bogey.

“It was pretty satisfying to win considering either one of us didn’t play that great today,” said Woods.

“It was a pretty emotional match as we were both up-and-down, up-and-down and there were not a lot of holes halved.

“I was just kind of hanging in there and it looked like I might go 2-down at one stage but all of a sudden I am all-square, and then I threw away one hole with a three-putt.

“So, it was one of those matches when we weren’t playing our best and on a golf course like this it exposed us both a bit.”