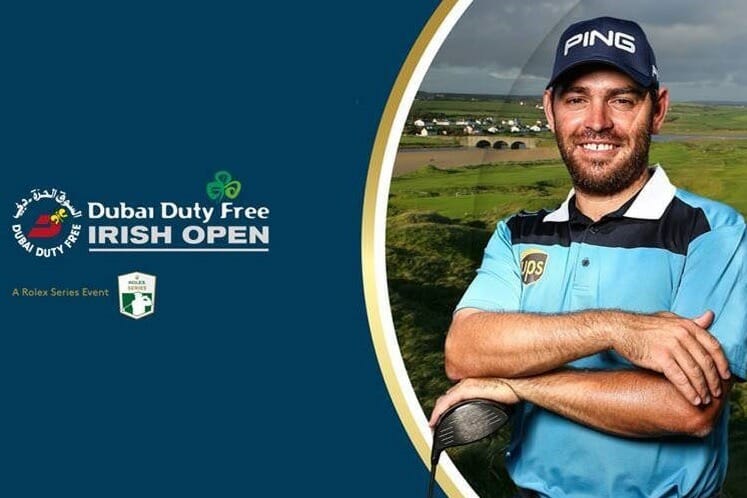 It's fair to say that Sunday at Seminole was largely uninspiring but one thing it did spark was a gender debate with Mel Reid. Did golf miss an opportunity to showcase ALL the game has to offer?
Read more

Paul McGinley has quickly delivered on his promise of adding more star names to a growing Lahinch line-up with news that Louis Oosthuizen will play the Dubai Duty Free Irish Open for the first time since 2009.

The South African, former Open Champion joins 2018 Ryder Cup star Tommy Fleetwood, former Masters Champion Danny Willett and former World Number One Lee Westwood in the field for the second Rolex Series event of the 2019 Race to Dubai. Home heroes Padraig Harrington and Shane Lowry have also confirmed their participation in the event, earmarking Lahinch Golf Club as the perfect place to hone their links skills ahead of the final Major of the 2019 season in Northern Ireland two weeks later.

Lahinch Golf Club, perched on the famous Wild Atlantic Way coast of Ireland, is set to host a unique festival of golf, with a world class field preparing to enjoy a unique and incredible atmosphere with the popular tourist village of Lahinch literally on the doorstep of the famous links course.

The World Number 20 is something of a links expert, having come agonisingly close to a second Open title at St Andrews in 2015 as he lost out in a three-way play-off to Zach Johnson.

The 36-year old has also enjoyed some form on an Irish coastal venue, having claimed a top five finish in the Dubai Duty Free Irish Open at Co. Louth Golf Club in 2007. Oosthuizen will enter this summer high on confidence after coming close to a maiden PGA Tour triumph at the Valspar Championship last week.“I’m really looking forward to getting back to Ireland and playing links golf again,” said Oosthuizen.

“It’ll be three weeks of links golf. Playing in America, you lose the feel of links golf and you need a proper links course to get those low, running shots back.

“I’ll be over there in Ireland for three weeks and I’ll have the family with me, so it’ll be fun. I’ll spend the week playing links golf, the week in between taking a break with the family, drive around Ireland, go along the West coast all the way up to Portrush. It should be fun.

“I don’t know much about Lahinch – I spoke to Paul about it and he’s really been telling me what he’s trying to achieve and how the golf course will look. It’s great seeing Paul be really passionate about the tournament. He’s emailing me a lot and talking to me about it and I’m really looking forward to going.

”The 2018 Dubai Duty Free Irish Open provided one of the most dramatic finales in the tournament’s 91-year history, as Russell Knox holed a 40-foot birdie putt on the 72nd hole to clinch a place in a play-off alongside New Zealander Ryan Fox.

The Scot then sank an almost identical putt on the first play-off hole to seal his maiden Rolex Series title and send the huge Irish crowds into raptures.

With blazing sunshine and a star-studded field including the 2017 champion Jon Rahm, a total of 94,239 people attended the event at Ballyliffin Golf Club.

“To play the Ryder Cup without fans would be close to criminal. To play it with them could be much more serious"
Read more