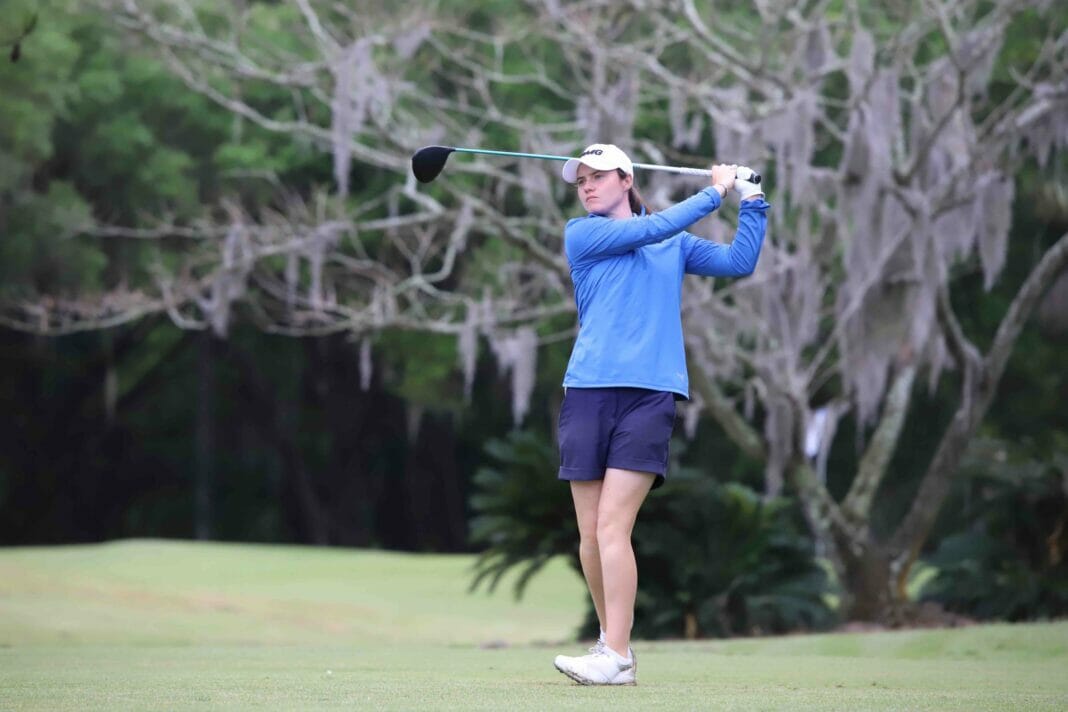 Leona Maguire kept up her great form Stateside and returned a second successive 68 to move into contention for a maiden win on St Patrick’s Day at the Natural Charity Classic at Winter Haven in Florida.

The Cavan professional and former world amateur number one finds herself just three shots off the lead after carding five birdies to move into a share of 4th on eight-under par at the second Symetra Tour event of the season having clocked a top-25 finish at the season opener last week.

Maguire is looking to post a number in the clubhouse on Sunday as her progress in paid company escalates by the week and said; “It’s great being up the top of the leaderboard. My game feels good on the whole – the putter had been cold for a little while now however I’ve worked hard on that aspect and it seems to be behaving this week.

Her scoring has been strong on the back nine and she’ll be hoping that can continue in the final round; “I’ve just been hitting some good shots on it. I think it’s maybe a touch shorter, some of the front holes are decently long so not quite as many chances on the front side. There’s three par-5s on the back which is always nice, birdied all of them today and that always helps. I’ve been trying to get my par-5 scoring down and it has been good this week, makes a big difference.”

“I’m just going to play my own game for the final round and try post a good number and see where that gets me. Hopefully I will have a little bit of St Patrick’s day magic on my side!”

With Kelly Tan out in front on 11-under par, Maguire is hoping that some familiar company on the bag this week can help get her over the line.

“I have Lisa with me this week which is great. She knows my game inside out and I love having her on the bag. Next week we will have a week off together to practice. Niall [Horan] has arranged for us to use Lake Nona for the week which have first class practice facilities.

“But this week’s been great. I have settled now after a manic few weeks of travel. I had a KPMG sponsors day Monday but other than that I’ve been able to get some rest and recharge a little.”