Ace for Power on moving day at The Players Championship 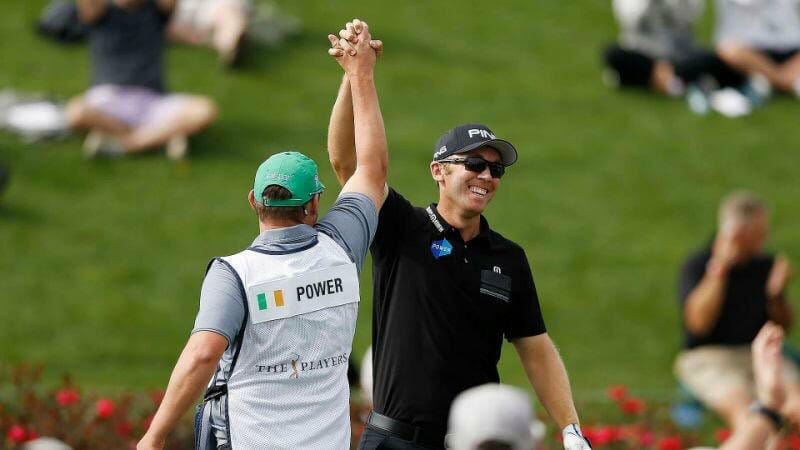 Seamus Power brilliantly celebrated St. Patrick’s Day a day early with a first PGA Tour ace and the 12th hole-in-one of his career on moving day at the Players Championship.

Power became only the fourth golfer in Players Championship history to ace the 155-yard par-3 third hole with only a few dozen spectators around the green when the West Waterford golfer’s tee shot landed just short of the hole before disappearing into the bottom of the cup.

“It was obviously fantastic,” said Power smiling broadly. “I haven’t had one for a while. First one actually on the PGA Tour, so that’s kind of a nice feeling. It looked good all the way and hit the green, it seemed to take a while to fall in, but it was a great feeling, just such a surprise.”

On the eve of St. Patrick’s Day, @Power4Seamus has the luck of the Irish on his side. ??#LiveUnderPar pic.twitter.com/0ZoOis99AA

And it may have been Power’s maiden ace on the PGA Tour but it was the Irishman’s 12th ace of his career with his last hole-in-one being four years ago when he won a BMW X4 for an ace during a Web.com tour event.

“I had a hole-in-one in my first practice round in my very first PGA Tour event and that was the 2016 Safeway Open out in California,” he said.

“In competition it’s my first ace since I won a $US 65,000 BMW X4 for an ace back in May, 2015 at the 17th hole on the final day of the BMW Charity event at the Thornblade Club in South Carolina.

“It was the 71st hole of the tournament and I needed to finish top-10 that week and I did just that sharing 10th place, so that got me going that season.

“Though BMW were pretty pissed-off because there was no TV cameras rolling when I had the ace and that was the reason the car was on the back of the tee, to catch TV footage of someone winning it. But while BMW were slightly unhappy, I lost my mind knowing I’d won the car.

“Overall, I’ve had 12 aces and I’ve had some funny one’s over the years but I didn’t get my first one till my first year in college when I was aged 19. I will never forget t one as I played a horrible shot and it landed about seven-yards left of the green and hit the bank of a bunker and goes into the hole.

“I then seemed to get quite a few. I got back-to-back aces on back-to-back days when playing back home at West Waterford Golf Club. I got one to win the BMW, so the game has been good to me hole-in-one-wise.”

And it was not lost on Seamus tomorrow is March 17th and St. Patrick’s Day.

“I might save the celebration to tomorrow,” added Power. “This TPC course is one of those golf courses I feel like I am not too far away from a good score so I shouldn’t drink too many pints tonight. Maybe one (smiling).

“Though I’d love an ace at 17 tomorrow, it would be very appropriate on St. Patrick’s Day, but we’ll see. Yeah, hopefully luck has got to be on my side tomorrow of all the days of the year.”

After posting a two-over par 74 on Thursday things did not go all that well for Power commencing day two in taking a double-bogey ‘6’ but the PGA Tour rookie turned that around in producing a very gutsy five-under par 67 for a for a three-under par total.

Power arrived at TPC Sawgrass having contested 11 Tour events since securing the very last Tour card of the 2017/8 season but after finishing 19th in last October’s Sanderson Farms Championship in Mississippi, the Irishman has endured a wretched season then proceeding to miss the cut in his next events before finishing T64th in the Genesis Open.

He then missed the cut in the Honda Classic and now he’s striving to make the most of his maiden Sawgrass showing.

After the ultimate high of his ace on three, Power enjoyed a roller-coaster remaining 15 holes including taking bogey at seven and 12 but then doubling the par-3 13th when he put his tee-shot into the water guarding the green.

He then dropped a further shot at the 15th before digging deep to birdie the par-5 16th where he chipped his third shot to four-feet and rolled-in the birdie putt while at the famed island-green, Power landed his tee-shot to nine-feet for a second straight birdie before walking off with a closing par in a round of 73 to drop back to two-under par and then sharing 55th place when he finished his round.