Even in defeat Clarke is winning on Champions Tour 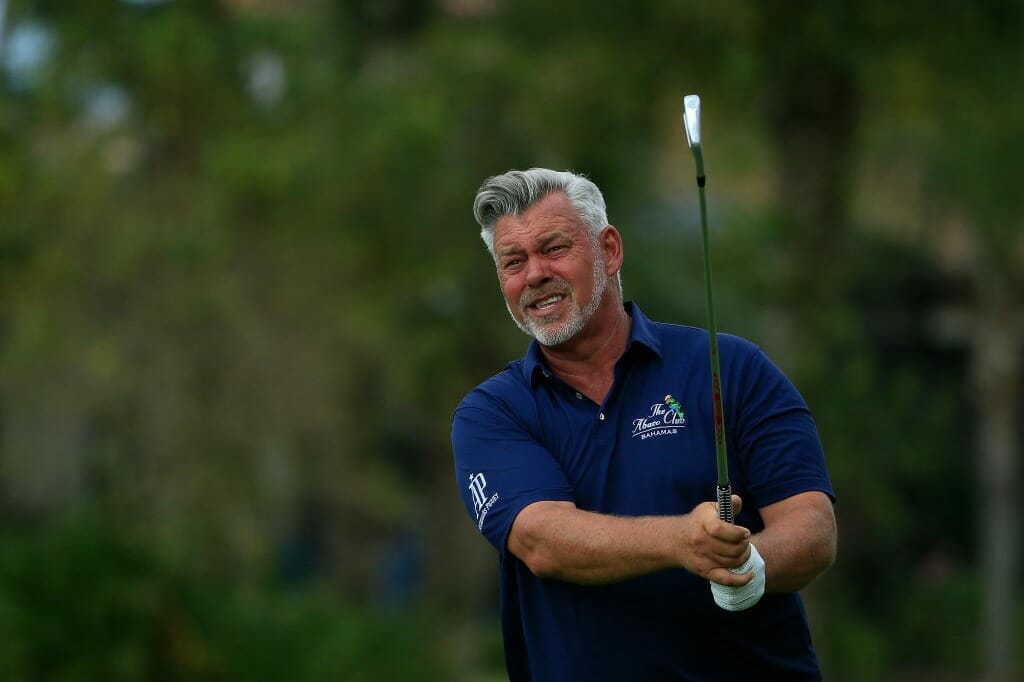 It’s perhaps testament to the atmosphere on the PGA’s Champions Tour that even after two dour days, Darren Clarke can turn on the style and finish spectacularly.

Dead and buried in terms of winning the tournament at five-over par heading into Sunday’s final round at the Hoag Classic, Dungannon’s silver fox found plenty to cruise home with a five-under par round of 66 to return parity to his week at Newport Beach Country Club.

And why wouldn’t he be feeling positive despite two days of poor playing, given the sun shone on each errant shot at the plush playing fields of the rich and famous in Orange County, California.

“I love it,” Clarke said of his over-50’s club membership. “There aren’t many sports where you turn 50 and you become a rookie again. I’ve got more hair than anyone else on the range too!”

Indeed, from the jaws of the defeat, Clarke snatched a top-50 finish with his share of 47th place maintaining his position inside the top-20 on the Schwab Money List at 15th; Clarke having already earned $184,180 from just four events this year.

Having claimed a tie for second last week in Arizona, a third consecutive poor score may have planted a seed of doubt in Clarke’s mind, but by taking route 66 to the clubhouse for a well-earned Sunday brew, momentum’s maintained as Clarke’s swansong continues.

And if the feel-good factor of his Champion Tour exploits wasn’t enough, the former Open champion earned a shout out from an unlikely source in the PGA Tour’s Sung Kang, who earned his Open ticket to Clarke’s backyard later this year with a brave finish at the Arnold Palmer Invitational at Bay Hill.

Kang will return to play in golf’s original championship for the third year running thanks to The Open Qualifying Series. The four-time Korean Tour winner qualified for The Open at the Quicken Loans National on the PGA TOUR in 2017 and 2018, and a final round 68 and tie for sixth at the Arnie ensured the 31-year-old will play at Royal Portrush later this year.

“I love the traditions and history of The Open and the players that have won it,” said Kang. “I went to Royal Troon in 2004 when Todd Hamilton won. I remember standing there on the back of the green waiting for autographs and Darren Clarke gave me his glove- I’ll never forget that.”

Yet with Clarke unknowingly imparting inspiration, Kirk Triplett was making a 12-foot eagle putt on the second playoff hole to win the Hoag Classic and record his seventh Champions victory.

The 56-year-old Triplett forced the playoff with a similar left-to-right breaker for birdie on the par-5 18th, then matched Woody Austin with a par on their first extra trip down the tree-lined decider.

“It was the exact same putt I had the first time through,” Triplett said.”We had our chances and neither one of us could get a stranglehold on it. I feel pretty lucky to have just had a chance to be in the playoff.”