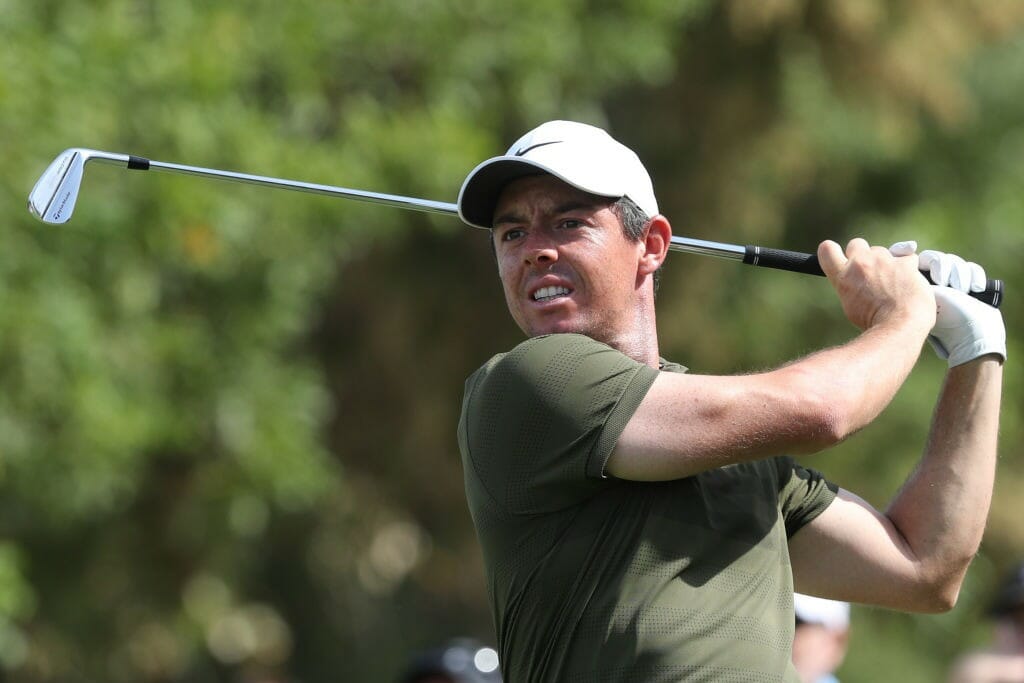 The current World No. 6 ranked McIlroy will return to Augusta National in some five weeks’ time for ‘Take 5’ in his bid to join Gene Sarazen, Ben Hogan, Jack Nicklaus, Gary Player and Tiger Woods in golf’s most exclusive club.
McIlroy was asked on the eve of his Bay Hill defence whether he’s come to terms with the failure of the past four Masters tournaments, as he continues to strive to the one Major to allude the now 29-year old.
He had a first chance in 2011 to win the Masters and more recently, McIlroy went into the final round in the final group a year ago only to play a Sunday spectator to Patrick Reed.

“It has definitely taken me time to come to terms with needing to deal with the things I needed to deal with inside my own head,” he said.
“I think sometimes also I am too much a fan of the game because I know who exactly has won a Grand Slam and I know exactly the people I would be putting myself alongside.
“So, there is a part of me that thinks that if I didn’t know the history of the game and I wasn’t such a fan it would work in my favour, but that’s not me.
“Though in saying that, I have become more comfortable with it and the extra stress I put myself under that first couple of years like ’15 and ’16. The thing is, I am going to fail more than I am going to succeed at that conquest or whatever you are going to call it.
“So, I’ve become comfortable with the fact I’ve tried four times and I’ve failed but Abraham Lincoln lost the first 13 elections he was ever in and he ended-up being a President of the United States, so I still have a bit of time!”

For a golfer who grew-up in suburban Belfast, McIlroy sure knows his USA Presidential history. Lincoln did fail on 13 occasions between losing in 1832 at a first attempt in being elected to Illinois State Legislature to winning a seat in 1834 – then being defeated as Speaker (1838), losing his Congress seat in 1848 while there was a 12th and 13th defeat for Lincoln for the post of Vice-President in both 1856 and 1858.
Lincoln then became President in 1860, won the re-election in 1864 and was assassinated a year later.
McIlroy’s immediate concern is not an assassination, or Augusta National, but Bay Hill this week where a year ago, he ended what was then an 18-month victory drought to birdie five of his six closing holes to win by three shots with a round of 64.

Already this year, McIlroy has easily been the best player not to win an event having posted four top-5s, including runner-up in last fortnight’s WGC – Mexico Championship but he believes that if he can keep getting himself into contention, eventually the win will come.
“Having chances to win is what I focus on and clearly the more chances you have, the more chances you will have of getting over that line,” he said.
“If I can just keep the form that I’m on I would be happy with that.”
Joining McIlroy this week is fellow Irishmen, Shane Lowry and Graeme McDowell with both Lowry and GMac playing together for the first two days.
IRISH TEE TIMES – Thursday, (Irish time)
Shane Lowry and Graeme McDowell – 1.29pm
Rory McIlroy – 5.33pm