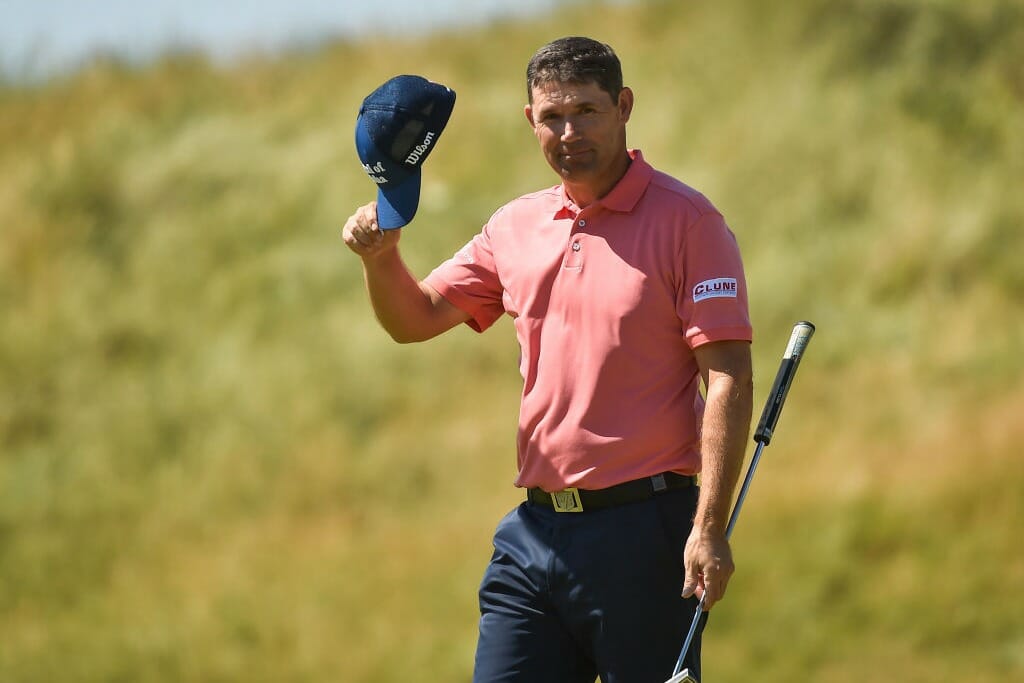 Padraig Harrington will return to competition at the very familiar winning location of this week’s Honda Classic at PGA National, the home of the famed ‘Bear Trap’ in Florida.

Harrington, much like fellow Irishman Graeme McDowell, has been sidelined since injuring his wrist during the off-season.
The three-time Major winner initially thought he had sprained his wrist after an innocent fall while walking down stairs at his residence in December.
Yet when the injury failed to heal, an x-ray revealed Harrington had indeed broken a bone in his wrist.
At the time, Harrington announced: “A simple slip and sprained wrist mid-December has turned out to be a broken bone in my wrist. A few extra weeks off is now needed in a splint. If only practicing your putting all winter would make you a better putter!”
The injury has so far put paid to contesting the Abu Dhabi HSBC Championship, the Omega Dubai Desert Classic and the recent AT&T Pebble Beach Pro-Am.

But his return to site of the ‘Bear Trap’ may well prove a good omen. Harrington captured a first PGA Tour victory in winning the 2005 Honda Classic and then 12 days short of a decade later, he won a second Honda Classic title at the venue.
In the process, it was Harrington’s first taste of success Stateside since winning the 2008 PGA Championship.
Joining Harrington in the $6.8m event will be McDowell who also had to delay his start to the season when he injured the lunate bone in his left wrist whilst practicing in the Bahamas during a New Year family holiday.
Currently contesting the Puerto Rico Open, GMac finds himself in a share of 50th place after three rounds after slumping to a one-over 73 on moving day.
Meanwhile, returning after a week’s break from competition to the Honda Classic also will be West Waterford’s Seamus Power as he continues his search for some much-needed form.