McIlroy makes a move with second round 63 at Riviera 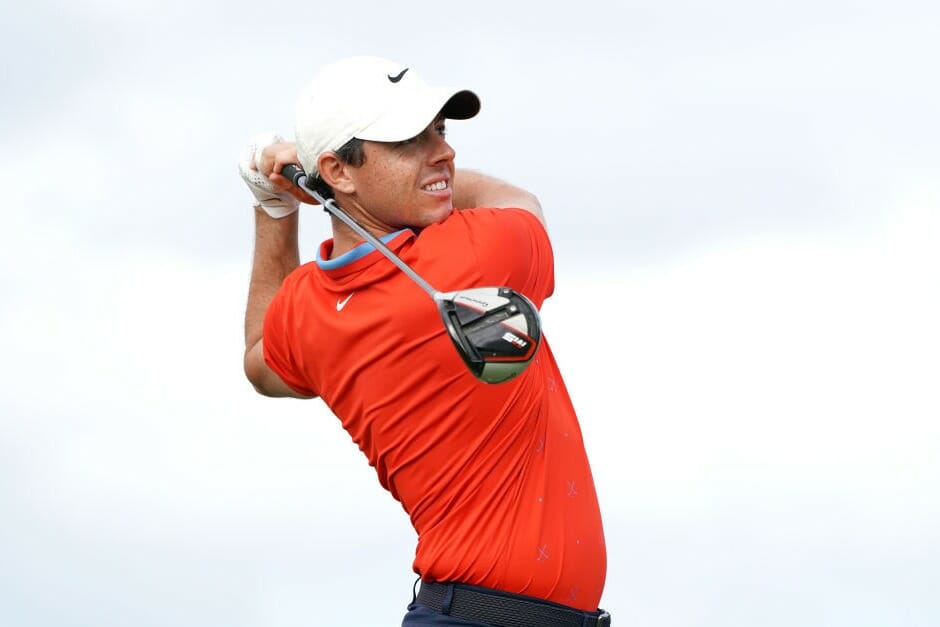 Rory McIlroy returned to brilliantly birdie four of his closing six holes to post an eight-under par second round 63 in the rain-affected Genesis Open.

When bad light halted Friday’s round at 5.20pm local time, McIlroy was lying at four-under for his round through 12 holes and three-under for the Riviera Country Club event.
All those affected, including playing partners Tiger Woods and Justin Thomas, were then back to the course to be in place for a 7am local time restart to their rounds.

Thomas birdied his 15th hole in a round of 65, but under a continuing ‘preferred lie’ rule to take the clubhouse lead at 11-under par before being joined by Aussie Adam Scott (65) competing in the group behind.

McIlroy ended his round lying seventh but with the second half of the draw then taking to the course to pay their second rounds.

After temperatures in the mid-40s that greeted those like McIlroy teeing-up at 7am later gave way to warm sunshine which should mean that McIlroy will commence his third round late on Saturday local time.

McIlroy will not get to finish the round and it will mean another 7am start Sunday morning.

Officials will continue with a two-tee start for the third and fourth rounds and, weather permitting, the event should conclude as planned late on Sunday.

McIlroy left the course late on Friday hoping to return Saturday and pick-up a few more birdies and he did just that right from the outset birdieing his first two holes, the 13th and 14th of his round before managing a pair of ‘3’s’ with birdies at his 16th and 17th holes.

Then at his last, the uphill par-4 ninth hole of the course, McIlroy made amends for his sloppy bogey in his opening round with a 20-foot two-putt par in his 63 for a score that matched the best-of-the week set by J B Holmes in round one.

“The alarm went off very early so I’m pretty happy as I played nicely,” he said.

“Just saw most of my stats there that were a little better than the first day. I hit more fairways, hit more greens.

“I hit it closer to the hole and obviously made more putts, so that all adds up to a much better round of golf.”

And after an early alarm wake-up call, McIlroy was heading straight back to hotel and catch-up on some lost sleep before his late afternoon third round tee time.

“It’s actually been nice, I don’t mind it what’s happened this week,” he said.

“You sort of get away from it a little bit. Thursday I spent all day sort of with my wife and just doing stuff and enjoying L.A. Then obviously yesterday was a long day, but it looks like today we’re going to have another little break.

“I will just recharge and rest up and then probably come back out here a couple hours before my afternoon tee time and do a little practice and get ready. I don’t mind it.

“I sort of like that I can get away, go to the hotel, not spend all.”

And while McIlroy was in a good place on the leader-board, Seamus Power faced an anxious afternoon wait.

Power had two holes of his second round to complete when he restarted also at 7am but from the 17th tee.

Earlier Friday, the West Waterford golfer had birdied 11 and sensationally holed his second shot for eagle at the par-5 12th but just prior to play being halted Power bogeyed both the 15th and 16th holes.

He came out Saturday morning local time to par both 17 and 18 for rounds of 70 and 72 and be right on the cut mark at level par.