O’Briain buzzing after superb 67 on day one at Fancourt 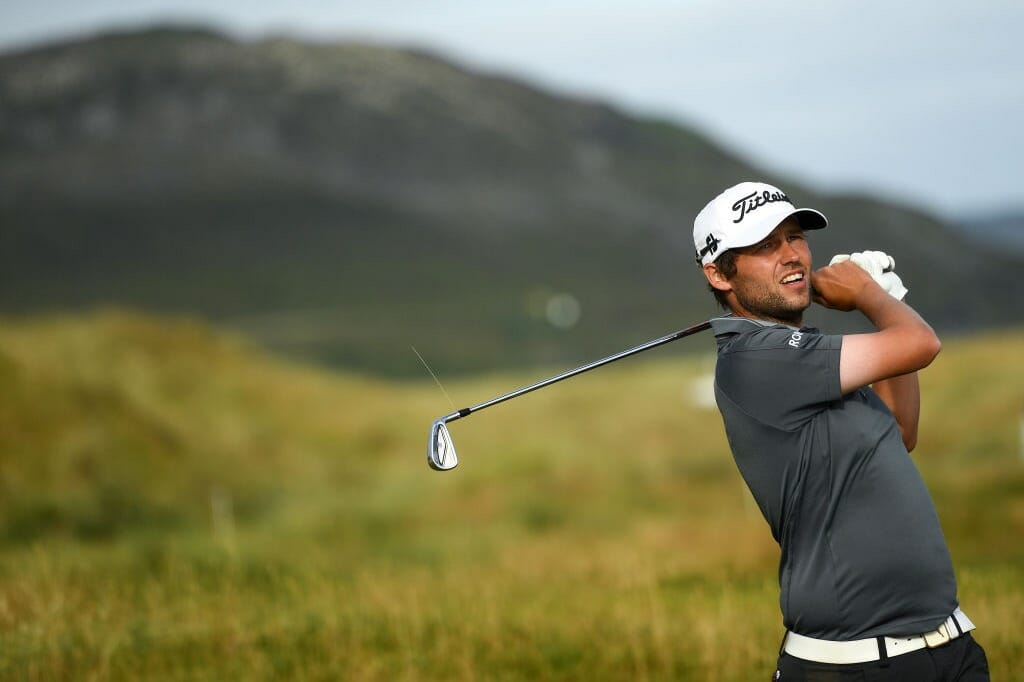 Neil O’Briain returned to the clubhouse feeling good after posting a superb 67 on day one of the Dimension Data Pro-Am at Fancourt Golf Club.

The Dubliner arrived in the city of George hoping a return to the site of his podium finish last year could inspire an upturn in fortunes this term and it certainly had the desired effect in round one.

In a pure ball-striking performance on the number one South African ranked Links layout, O’Briain fired six birdies in an opening salvo that puts him in a share of 4th place overnight on six-under par, with the 32-year old understandably pleased with the effort.

“I played nicely today alright, bogey-free – missed just three greens,” O’Briain reflected. “The two bunker shots I had I knocked dead and the chip shot on 17 I lay dead too which always helps. The longest putt I had for par was about two-feet max!

“I just hit the ball really nicely. I didn’t necessarily hole a lot of putts – I canned a 25-footer on 9 for birdie – but apart from that I think the longest putt I held was five feet so it was great to be hitting good shots.”

With his game trending ever-closer over his first two events in South Africa already this year, O’Briain was delighted to see his hard work reflected on his scorecard this time around and unsurprisingly, he’s hoping for more of the same tomorrow.

“It’s really nice to put up a number,” he laughed, audibly relieved. “It’s a proper tough golf course and honestly, I was struggling a lot with my driver before I started so I spent about an hour and a half on it there last night – kind of figured out something and it went well today.

“You just have to hit it great around here, especially on the Links. If you hit it anywhere off-line around here you’re goosed so I was very happy with that.

“Hopefully I can keep up the rest of it now, stay solid, get a few more putts to drop but yeah, very happy. It’s great to start like that. It’s a big event and it’s always nice to put a low number on the board.”

In more good news for Ireland’s travelling trio, Cormac Sharvin posted a really solid three-under par 70 on the Gary Player designed Montagu course to get his title bid off to a great start.

The Ardglass professional carded four birdies and just the one dropped shot to sit in a share of 18th at the close of a productive day one.
While, although it wasn’t such a good day for Tramore’s Robin Dawson, he can still take plenty of heart from the way he battled back from an opening nine consisting of 39 wallops.

Also playing the Montagu course, Dawson returned home with two birdies and no dropped shots to reach the clubhouse on one-over par, good enough for a share of 79th spot overnight.