McIlroy likens himself to both David and Goliath 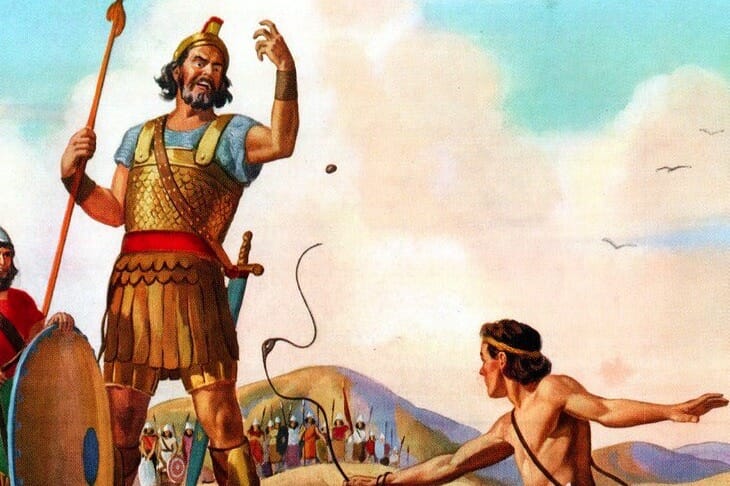 Rory McIlroy’s latest bedtime reading sees the four-time Major winner playing both parts of biblical legends David and Goliath in the countdown to this year’s Masters.

McIlroy has become a real bookworm having read a number of ‘consciousness’ themed books of late, with his current choice the England-born, Canadian national and now US-based, Malcolm Gladwell’s ‘David and Goliath’.

Gladwell brings a modern interpretation to the ‘good over evil’ fable, making the point that David, quick and accurate with the slingshot was, in fact, the one who had the advantage over Goliath who was too big and slur-eyed to realise the tables had been turned.

“I can see myself being both David and Goliath,” said McIlroy ahead of this week’s Genesis Open.”

“I think it’s always good to have David’s mentality but then obviously being Goliath has its advantages too.”

“Obviously the book is based on that story but it’s more about modern day interpretations of the story.”

“I’ve read a lot of Gladwell’s books over the last few years. I have a good collection of books so I have read a couple of good ones recently and I just sort of pick-and-choose points that I like from the books.”

It is where McIlroy says he has been drawing his ‘it’s more about the journey than the results’ quotes in recent months.

“Exactly,” he confirmed. “I have been saying it’s all about the journey and that is what it is.  You look at someone like Phil Mickelson who wins at 48 years of age and he is the epitome of someone that’s just stayed the course and it’s the journey.”

In chatting with McIlroy on Tuesday and walking the last four-holes of a practice round that ended near noon where he and Scotland’s Martin Laird teamed-up but lost the money to two Genesis Open rivals, McIlroy’s competitive side came to the fore.

As we walked up the final hole, the par-4 ninth, ‘Rors’ suggested to caddy, Harry Diamond a little side bet from a tricky-looking lie from just off the ninth green.

“Okay Harry.  If I can get down in two from here’ you’re buying dinner,” said McIlroy smiling.  And he went on to do just that, adding: McIlroy

“Get your wallet out Diamond. It looks like we’re having a 1982 Chateau Latour tonight.”

Diamond mumbling under his breath commented:  “I should have given him the wrong club.”

McIlroy overheard the comment and began laughing, saying; “Dinner is going to taste good”, he said.