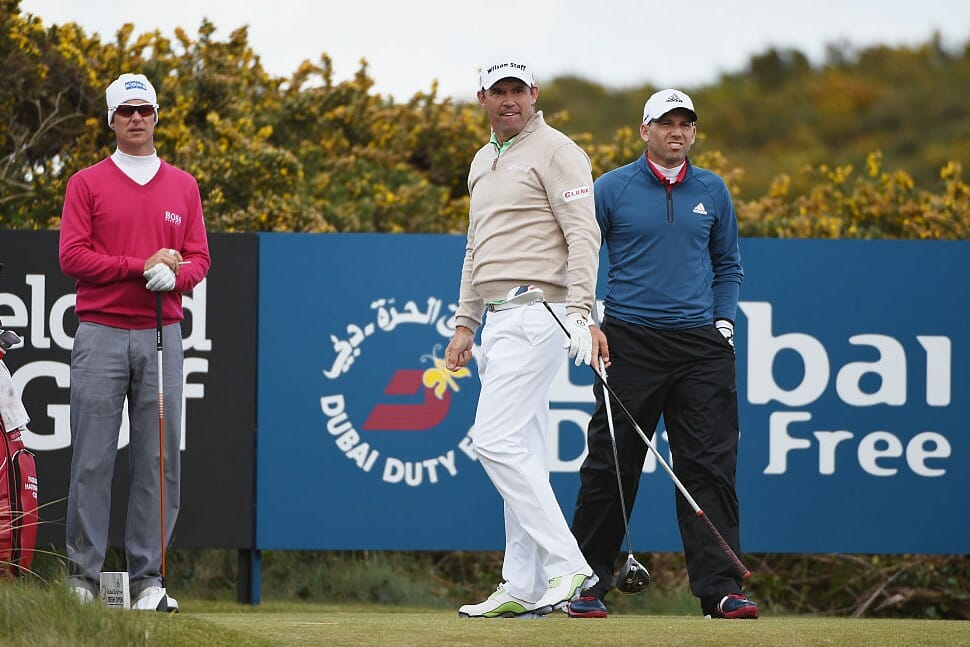 New European Ryder Cup captain, Padraig Harrington and Sergio Garcia have never really enjoyed a ‘best mates’ relationship. Twice in their careers, Harrington denied the feisty Spaniard Majors glory, first in 2007 at Carnoustie and then a year later in the 2008 PGA Championship.

Then as a reminder of their uneasiness Harrington, commentating at the 2017 Masters for SKY Sports, was asked ahead of the final round about the heart wanting Garcia to win, “Well, maybe not mine.”

Ten years earlier, Harrington called Garcia a ‘very sore loser’ in the aftermath of the Dubliner winning the 2007 Open.

“I gave him every out I possibly could have at the 2007 Open. I was as polite as I could and was as generous as I could be, but he was a very sore loser,” Harrington said. “And he continued to be a very sore loser. Clearly, after that, we have had a very sticky (relationship).”

But all seems to be buddy, buddy between the duo now with Garcia excited at the opportunity of being a member of the European Ryder Cup side Harrington will take to Whistling Straits in Wisconsin.

“We don’t have any issues anymore,” said Garcia ahead of the opening round of the Omega Dubai Desert Classic. “You guys (media) keep bringing these things up. We’re totally fine, and we’ve been fine for a lot of years now, so I think you guys should kind of stop that.”

“At the end of the day, I think that we’re all a team and I’m sure that Pádraig is going to be a great captain and I hope that I’ll be a player on his roster and I’m going to play as hard as I can like I always do for Europe.”

“You know, there’s nothing else over there”.

And Garcia has singled out Harrington’s choice as 2020 captain for special praise suggesting the Dubliner will arrive on the shores of Lake Michigan with a ‘couple of aces’ up his sleeve.

“Padraig is going to bring a lot of experience,” said Garcia. “He’s been a great player for many years and he’s been a part of many Ryder Cup teams.”

“So, I think he’s going to bring a lot of good experience. I don’t know exactly some of his ideas. You know, every captain brings a little extra thing, little different things from himself, and I’m sure that Pádraig will have a couple aces up his sleeve to make sure that the team is well prepared and fired up to retain that Cup.”