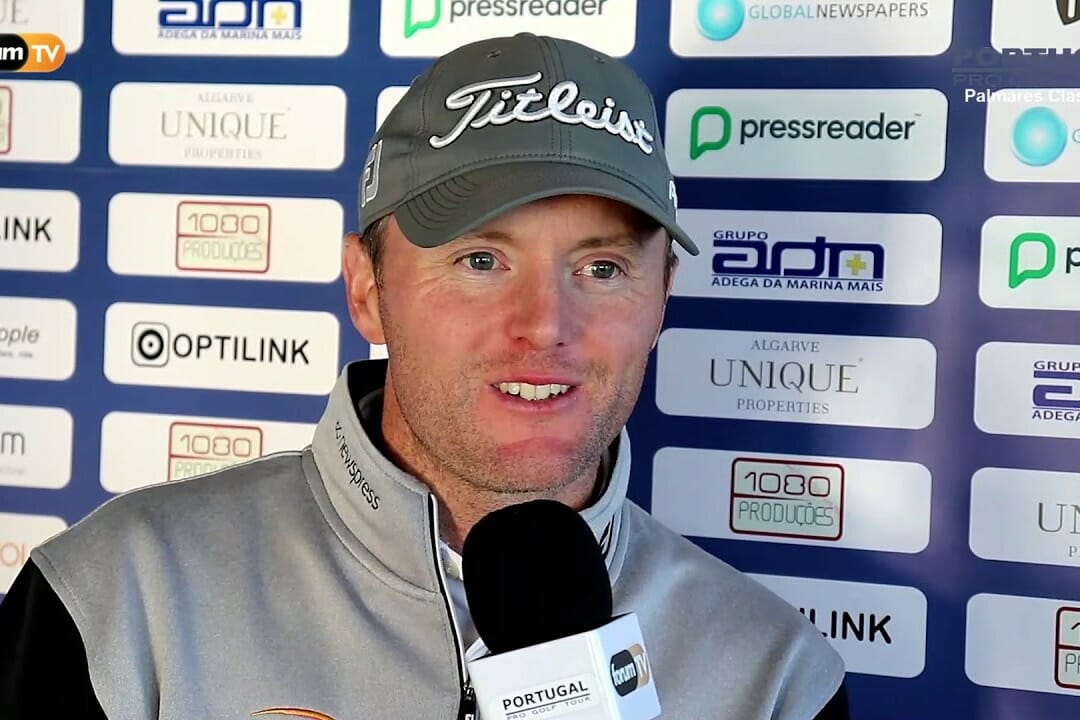 Michael Hoey sensationally holed out for eagle on 14 before landing an ace on 16 to claim the Palmares Classic on the Portugal Pro Golf Tour.

The Northern Irishman finished with a superb eight-under-par 64 to add to an opening 70 to finish in top spot on 10-under-par.

“I mean that happens once a year,” said the disbelieving Hoey of his remarkable back nine. “But it ended up happening in two out of three holes for me! It’s pretty incredible really. I hit good shots but there’s a little bit of luck there obviously and that’s won me the tournament.

“I enjoyed the course, it was quite windy, quite tough. The scoring was good but this just sharpens me up for the season.

“I’m hoping to get back to Portugal again. I’ve got a few European Tour events coming up but not many until April and May.  It’s really good to just compete. There’s quite a few Challenge Tour players here, Paul Lawrie’s coming down but there’s such a high standard now everywhere in professional golf. But I’ll remember my hole in one down here for a long time.”

Hoey picked up a cheque worth €2,000 for the victory but it’s the confidence that a win on any tour can bring that may well prove most valuable to the experienced campaigner as he enters his 17thseason in professional golf.