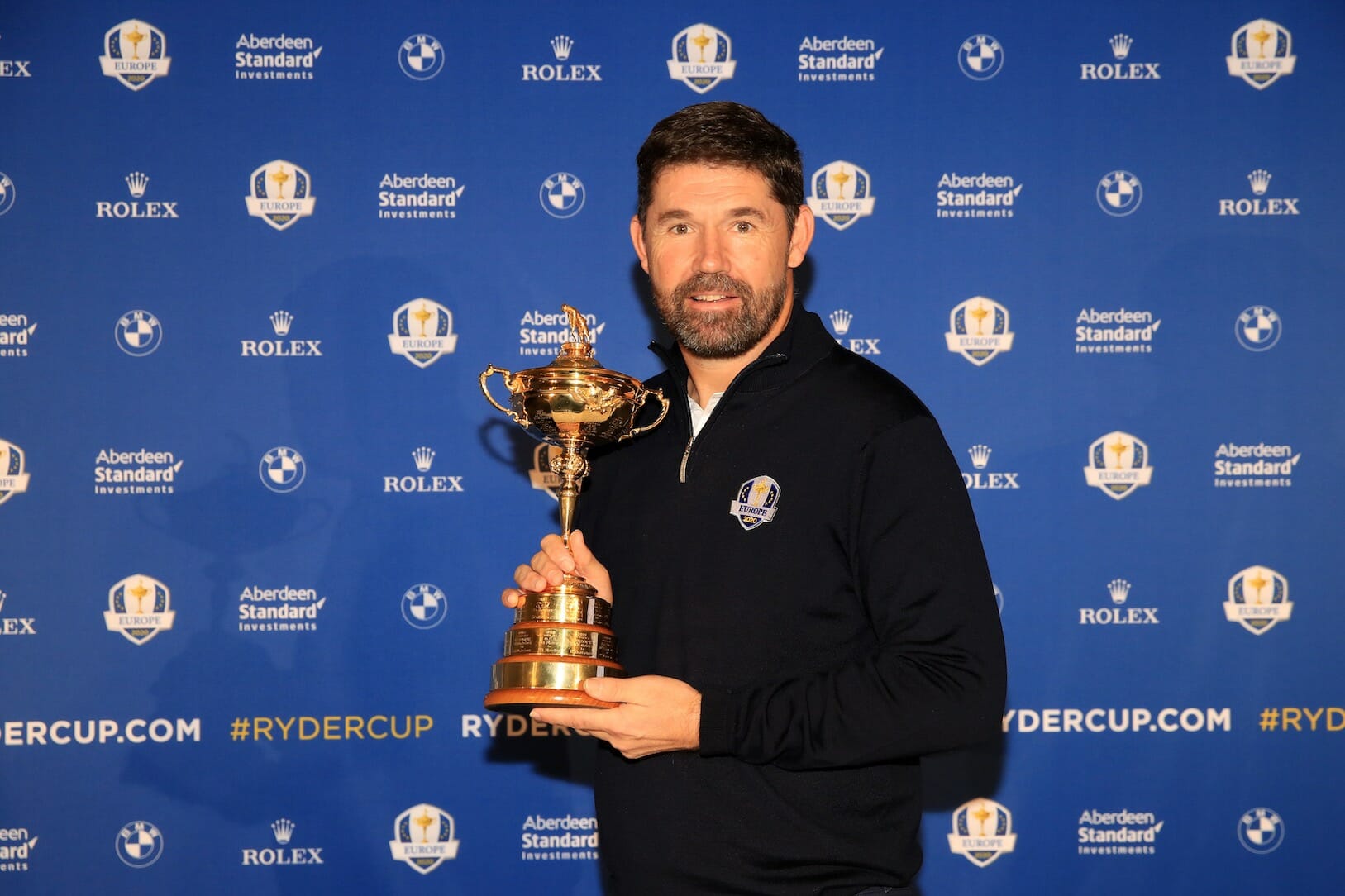 Twenty years ago this week, golfing history was made with the official announcement on January 15, 1999, that Ireland would host the Ryder Cup for the first time.

Dr Michael Smurfit’s dream of bringing the celebrated biennial competition to his beloved K Club was realized when the Straffan venue was confirmed as host for 2005. Of course, that changed when the 9/11 attacks in New York in 2001 pushed the Ryder Cup back a year, leaving it until ’06 for the actual staging of the event in Ireland.

Another Ryder Cup to come, probably at Adare Manor in 2026? Why not? An Irish captain? It has become a regular feature of the Cup.

Here we are now in January 2019, and hardly anyone bats an eyelid at the appointment of yet another Irishman, this time Pádraig Harrington, as captain of Europe. The three time major champion sets his sights on Whistling Straits 2020 as the third Irish skipper in four Ryder Cup matches, following Paul McGinley (2014) and Darren Clarke in 2016.

Denmark’s Thomas Bjorn briefly interrupted the flow of Irish leadership in 2018, but it’s all systems go now for Pádraig through the next 20 months.

How time flies. It seems like only yesterday that a large cohort of home golf fans, top players and scribes felt deeply disappointed about the missed opportunity to appoint an Irish captain for the Ryder Cup in Ireland.

Great was our indignation when the soundings from within the Tour indicated that the most likely candidates from this island – Des Smyth, Eamonn Darcy and Christy O’Connor Junior – were not getting the job for The K Club. It looked and felt like a kick in teeth for a country whose players had made a big contribution, not only to the European Tour but also to the Ryder Cup.

Smyth had played on the first European team in 1979 at a time when the USA were rampant in the biennial competition. Darcy claimed the vital point in the historic first win by a team from this side of the Atlantic in the USA when defeating Ben Crenshaw in 1987. Christy Junior overcame his rancor and bitterness at being overlooked for 1985 to become a Ryder Cup hero at The Belfry in 1989.

The trio gave themselves a chance by declaring their candidacy for the 2006 European captain’s job. That did not find favour with the powers-that-be within the Tour, who looked to the traditional English/Scots/Welsh axis for a solution, so gradually Irish expectations and hopes were damped down to the extent that one after the other, the Irishmen opted out.

Darcy, O’Connor and Smyth were all on the over-50s circuit then, and they felt the tide turn against them as the captaincy debate came to a head. “For a time we thought one of us might be captain, but that just fizzled out,”said Darcy.

Smyth, who later was named as one of Ian Woosnam’s vice-captains for ’06, made a brave prediction in 2004 on the day he announced his withdrawal, saying he had no doubt an Irishman would eventually get the Ryder Cup captaincy.

“Whether it’s Pádraig, Darren, or Paul, I really think it’s only a matter of time,” he said. Back in 2004, that was a hugely optimistic statement.

For a start, powerhouse players in Europe such as Nick Faldo, Colin Montgomerie, Sandy Lyle and Ian Woosnam, three of them major champions, were openly proclaiming their ambitions to captain Europe.

Ireland? Who cared in the corridors of power? Nobody with influence, it seemed, until our well-documented success story of major championship success began with Harrington’s breakthrough at Carnoustie in 2007.

From then on, all changed, and changed for the better. Now it’s over to Harrington to defy the odds and hopefully lead Europe to a rare away win in the USA. If anyone can do it, Pádraig can.