Looking ahead with green tinted glasses 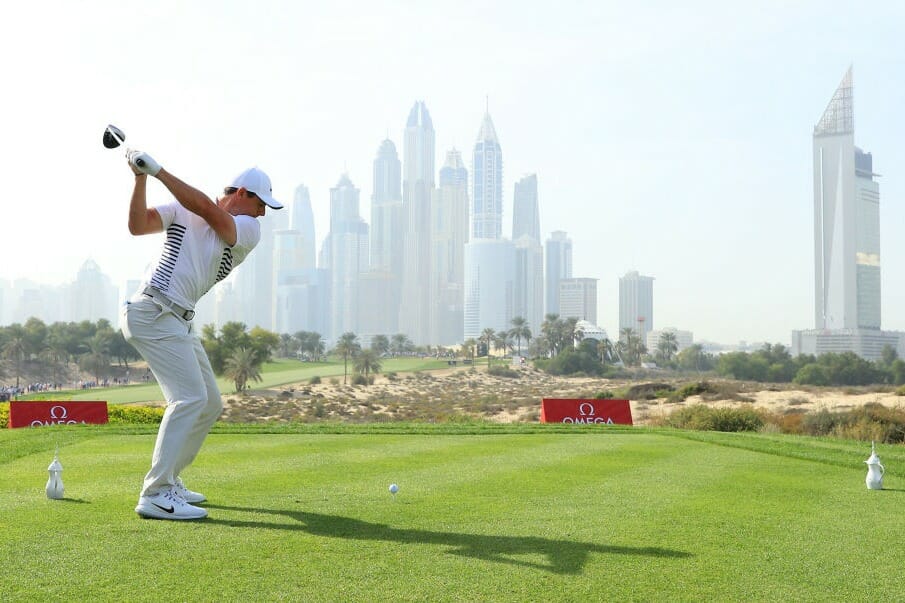 And just like that, it’s gone. Stuffed turkey, reheated turkey, turkey sandwiches and turkey soup. The most gluttonous time of the year has passed and I’m going cold turkey from here on out. Well, after I enjoy New Years Day of course,  one more session could hardly hurt?

For Ireland’s leading golfers,  let’s hope they’ll be getting into their work soon after off the back of the most fruitless season in recent memory for our island’s top swingers.

First man out the gate is Ireland’s ever popular leading light, Rory McIlroy, who tees up at the January 3rd starting Sentry Tournament of Champions at Kapalua in Hawaii.

‘Who cares’ seemed to be the general consensus as we previewed the PGA Tour’s opening event last week but the always interesting McIlroy is arguably even more intriguing this term, so I’d argue plenty.

Doing right by Rory looks like the mantra for Team McIlroy’s Major assault next year and if rumours are true that he’ll be passing on European Tour membership and maybe even the Irish Open at Lahinch in 2019, his results at the four majors will be crucial for his fading reputation at home in Ireland.

With the people still unwilling to forgive McIlroy’s decision to skip the Rio Olympics, despite Shane Lowry doing the same, it seems not even resurrecting our National Open from the grave has bought the Holywood star any popularity on our shores. The only thing that could convince the naysayers now is a return to his mercurial form from just a handful of years ago but the question remains; does Rory retain the hunger to fulfil his unbridled potential?

Statistics so far would suggest no. 125th in strokes gained on the greens in 2015 was startling given his talent. 139th in 2016 and 141st in 2017 painted an even bleaker picture. 97th last year and there’s still no light at the end of the tunnel. He’s always been a streaky putter but those streaks were few and far between last year.

Yet what was even more worrying was Rory’s approach play; his inability to take advantage of monstrous drives with short irons in hand. His inaccuracies ranged from poor distance control to two-way misses with a mere wedge and it told the story of a player not working anywhere near hard enough on his game.

He doesn’t have to of course. $4million earned from his PGA Tour exploits alone in 2018 doesn’t exactly equate to a bad year. But Rory raised the bar for himself by winning four majors and it’s up to Rory to reach it should he choose to set his sights high again next year.

What we often forget as observers, however, is that these players are only people and the aspirations of the particular individuals often differ to our own.

“Other people probably have visions of what you should be but it’s only really down to you; what I want,” said Shane Lowry when speaking to the 42 last week.

When Lowry burst onto the scene with his unforgettable Irish Open win as an amateur at Baltray in 2009, we presumed we had unearthed another star, A decade on and three wins to show for his career, it’s certainly interesting how his exploits escape the eye of this island’s people when compared to McIlroy’s trophy haul.

Where Lowry is depicted as the popular everyman, McIlroy is portrayed as the villain of the piece for doing normal things outside of golf too. In truth, their achievements cannot be compared.

Still, Shane’s natural ability is nothing short of a god-given gift and I can’t help but hope that like McIlroy, his thirst for the game is a long way from quenched.

His efforts in America fell short of his own aspirations last term but his return to familiar terrain in Europe gave rise to optimism ahead of a more settled schedule in 2019. Beaten into second by an inspired Sergio at Valderrama in October was no mean feat and a mild Christmas back home with wife Wendy and daughter Iris allowed for plenty of practice too.

75th in the world should read too high for the Clara man who’ll be after a quick start next season in order to break back into the coveted top-50. With the Open Championship heading to Portrush in the summer and Ryder Cup qualification underway from September, there’s motivation aplenty for Lowry to raise his own bar to new heights in 2019 to ensure he’s part of the action.

Of course it’s not all about Rory and Shane but I feel the performances of Lowry and McIlroy at the top table of golf is crucial to the chances of Ireland’s lesser lights as they continue their own golfing journeys. There’s a feel-good factor missing from Irish golf in recent years despite me thinking for all the world that Paul Dunne’s British Masters win in 2017 would recapture it.

Though Dunne’s rise in the game has been nothing short of brilliant, a touch of second season syndrome in 2018 was to be expected given the struggles of Ireland’s players across the board. Winning breeds winning and we’ve been starved of the sight of a tri-colour atop a Sunday leaderboard for too long. Maybe it will take the Ryder Cup captaincy of Padraig Harrington in 2020 to provide the catalyst for an Irish revival?

Whatever the source, inspiration is needed from somewhere, particularly for the likes of Gavin Moynihan and Robin Dawson as they look to make it in one of sport’s most competitive cauldrons. Where it once came from Clarke, Harrington, McGinley and McDowell, it’s now up to the likes of McIlroy and Lowry to pick up the mantle and drag the others up with them.

It’s not a responsibility they asked for, nor a role they signed up for. It’s just the way it is. Let’s hope they want it as much as the rest of us.