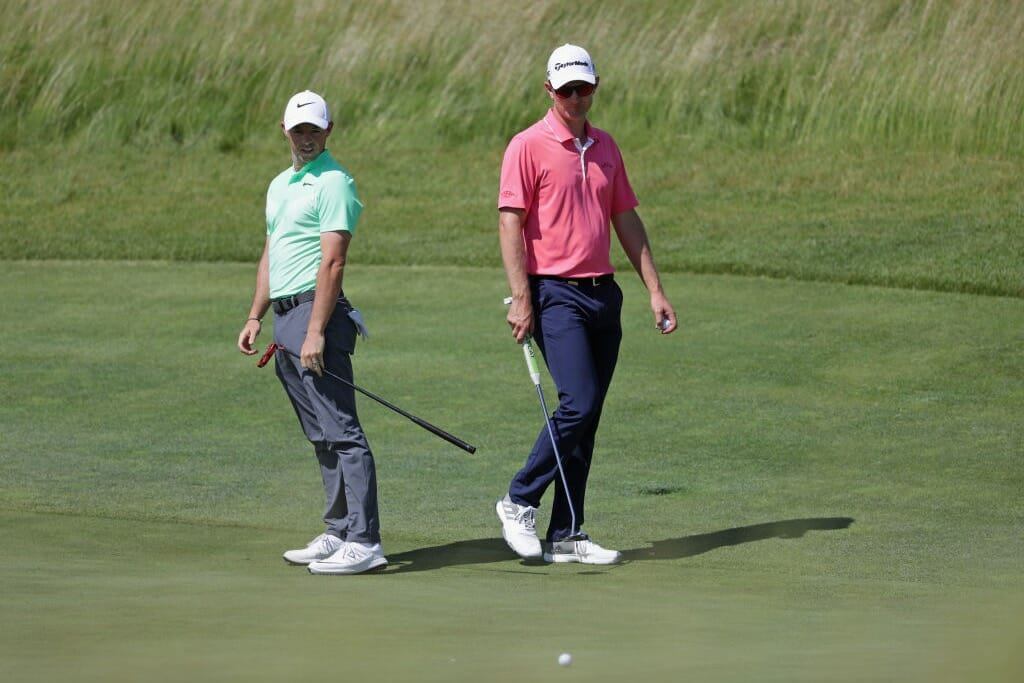 Rory McIlroy now has the support of victorious Ryder Cup team-mate Justin Rose with a decision to come in the New Year on whether or not to rejoin the European Tour.

Rose’s support for the seemingly embattled McIlroy comes soon after eight-time European No. 1 Colin Montgomerie wondered what all the fuss was about.

McIlroy copped criticism for revealing his intention to play more in the States, believing he will boost his chances of winning more Majors – especially the one he needs to join the exclusive Grand Slam Club, The Masters.

But by remaining in the States McIlroy feels no need to become a 2019 member of the European Tour and it’s a decision that clearly has not endowed the 29-year old to Irish Open organisers.

European Tour CEO Keith Pelley also confirmed recently that as the rules stood McIlroy could not become a future European Ryder Cup Captain if he did not rejoin the Tour.

Now Rose reckons McIlroy is right to put his own career goals ahead of appeasing those questioning whether or not he should renew his European Tour membership.

“I can understand fully where Rory is coming from if he doesn’t wish to join the European Tour,” said Rose who this week defends his Indonesian Masters title on the Asian Tour.

“He’s still relatively newly-married, living now in the States and maybe he just wants to have a year where he can allow the dust to settle on his life.”

“I think that it is the problem as we all have lives away from tournament golf and we all have own careers.’

“Though there’s also always other factors in each of our lives and who knows really what Rory is thinking about if he doesn’t join the European Tour in 2019.”

“Each of our careers should still be going in the next 10, 15 years so he will have ample time to become a European Ryder Cup Captain. So, he has to make life decisions on that 10 to 15 year journey.”