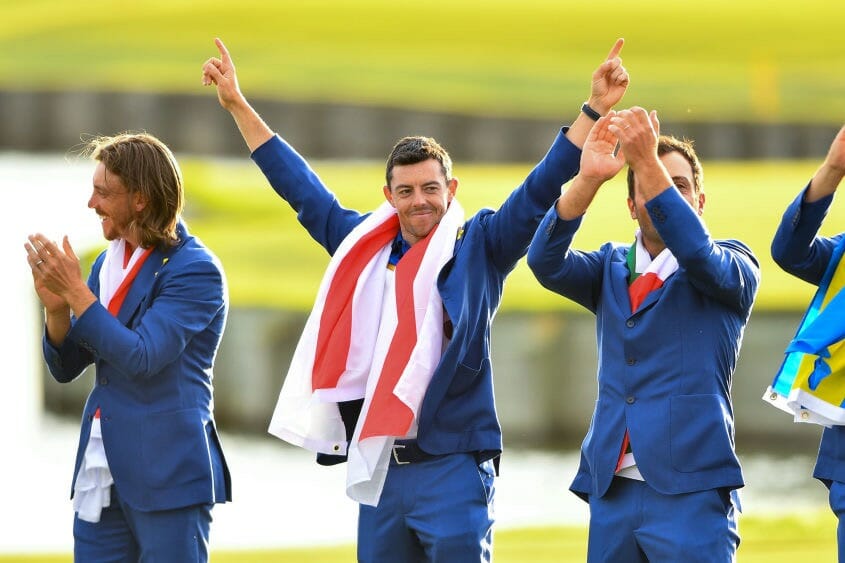 It is now official!  Rory McIlroy cannot enjoy the honour of becoming a future European Ryder Cup Captain. This, in essence, is the view of European Tour CEO, Keith Pelley who revealed he’s spoken to McIlroy about his likely decision not to re-join the Tour in season 2019.

McIlroy shocked many, not only Pelley but 2019 Irish Open host, Paul McGinley when suggesting at the recent DP World Tour Championship, he was considering just playing two ‘regular’ European Tour events next and not teeing-up in the Irish Open at Lahinch.

Pelley was present in the Bahamas to compete in the Hero World Challenge Pro-Am alongside Spaniard Jon Rahm and before returning to the UK spoke of his discussion with the four-time Major winning McIlroy.

“Rory and I have had discussions and I have a tremendous amount of respect for Rory,” said Pelley.

“His number one goal right now is to get back to on top of the World Rankings and win Majors, anytime he plays on our Tour we cherish it and it’s a privilege.”

When further quizzed if McIlroy’s chance of becoming a future Ryder Cup captain will be spoilt should he not take up 2019 Tour membership, Pelley was adamant it would deny McIlroy joining fellow Irish Darren Clarke, McGinley and likely 2020 European Team captain, Padraig Harrington is being a team captain.

He said:  “Well, that’s what the rules state right now.”

“Look, Rory and I chat regularly and we will continue to chat but like I said the Tour respects the decision that he makes and I will support him in every possible way.”

“We’ll have to see what happens.”

Share
Facebook
Twitter
WhatsApp
Linkedin
Email
Print
Previous articleCortex wins Wilson Golf Driver V’s Driver 2
Next articleIt’s not just what you buy, but where you buy it that counts