McGovern gets in the groove in Costa Blanca 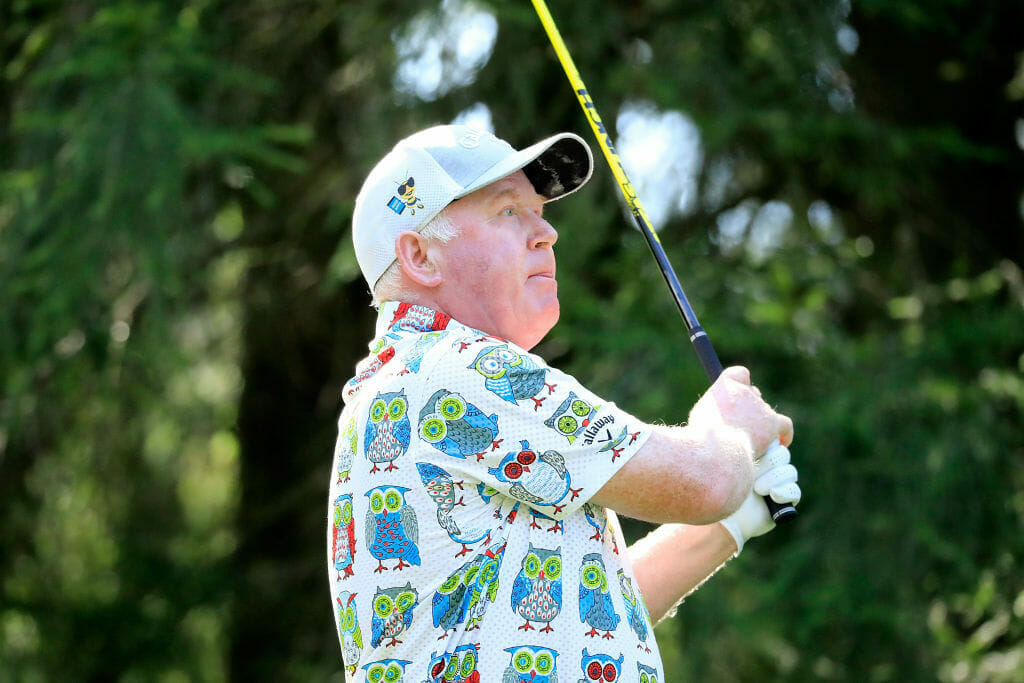 Des Smyth carded a second round 71 at the Costa Blanca Senior Masters to move into a tie for 25th place, leading the Irish contingent on one under par.

Paul McGinley is just one shot further back on level par after his second successive 72 while Brendan McGovern recovered from an opening 77 with a superb second round 68 to move into T33 position.

Eamonn Darcy unfortunately had a difficult day with a 77 and Philip Walton had a second round 75 while at the head of proceedings Rafael Gomez and Paul Streeter share the lead going into the final round but will have to hold off the challenge of home favourite Miguel Ángel Jiménez who is just two shots back going into the last day in Spain.

After breaking the course record with a bogey-free eight under par 64 yesterday, Gomez found the going tougher at Meliã Villaitana Golf Club today, carding three birdies and dropping two shots en route to signing for a one under par round of 71.

Streeter, who clinched his debut over-50s title at the Travis Perkins Masters in September, began the day four shots off the pace but soared up the leaderboard with a five under par score of 67 which included five birdies and a chip-in eagle on the par five 16th.

With a strong chasing pack behind him, including six-time Staysure Tour winner Peter Fowler, plus the in-form Santiago Luna – who won the Farmfoods European Senior Masters last month – and two-time Senior Major Champion Jiménez, Streeter knows he will have a fight on his hands tomorrow.

“Tomorrow is another new challenge for me,” said Streeter.

“I’ve led before, but I had a big lead then, but this time I’m tied with Rafa, so it will be tough but also great to go out and see what happens.

“It was really important to get off to a good start today. I made a nice birdie on the second, then we got on the third tee and the wind suddenly picked up and changed direction, so it was a good par to make on the par three third.

“I birdied the par five fourth and then hit a great shot into the next hole. So, it was great to get off to a good start as it settles you down and gets you up and running.

“Winning at Woburn gives me the confidence that I know I can win, but it’s a totally different golf course with difference circumstances, so it’s a new challenge.”

A shot behind the leading duo is Fowler after he signed for a six under par round of 66 to charge up the leaderboard on moving day.