Woods has his say on Harrington as Ryder Cup captain 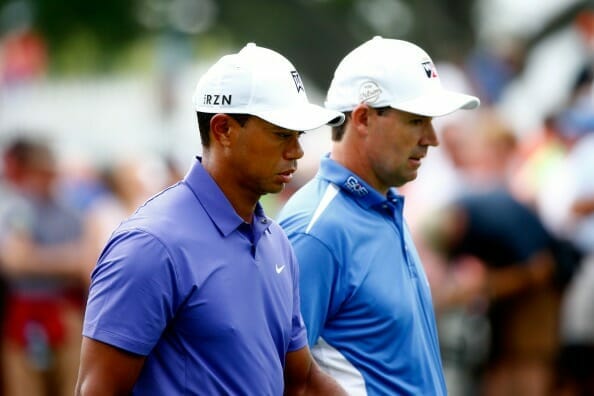 Tiger Woods has delivered a resounding vote for good friend Padraig Harrington to be handed the 2020  European Team captaincy.

Woods of course has not vote in the matter but he has long been very good friends with ‘Paddy’, as he fondly calls Harrington, with the current USA Presidents Cup captain speaking of his delight for the Dubliner ahead of teeing-up in the Hero World Challenge in the Bahamas.

“It’s going to great for Paddy to be the next captain for Europe as he fits into the timeline so he’s been groomed and will be ready to go,” said Woods.

“Europe has their system of choosing a next captain and Paddy’s been a vice-captain the last few Ryder Cup’s so he has all the credentials The thing is also all the guys, on both sides of the Ryder Cup fence, respect Paddy.”

“From what I have been gauging it is going to be either Paddy or (Lee) Westwood, but then Lee I also hear is maybe waiting for 2022?”

“So, it’s going to be a wonderful choice for Europe.”

“Paddy is always well received in the States and while that is not important as any captain will be so involved with their team, he still should get a good reception going to Whistling Straits for the next Ryder Cup.”

And Woods was curious how preparations were going for the 2022 Ryder Cup in Italy given some recent uncertainly over the Marco Simone club course outside of Rome.

He was advised of the comments by European Tour CEO, Keith Pelley at the recent Turkish Airlines Open that, while work on improving the Rome course was behind, there is no doubt regarding the staging of the biennial event.

In fact, Pelley was on the Albany course Wednesday contesting Wednesday’s Pro-Am in the Bahamas alongside Spaniard Jon Rahm but did not speak with Woods.

And Woods reacted in awe when advised Pelley suggested, in speaking with media in Turkey, that the 2022 Ryder Cup opening ceremony could very well be staged on the Colosseum.

Woods teed-up in the $US3m Bahamas event still struggling with a ‘bug’ he picked-up from son, Charlie is is tied 16th (out of 18 players) after round one on one over par, with Patrick Cantlay & Patrick Reed leading the event by three shots on seven under par.

England’s and World No. 2 Justin Rose, who resides within a short golf cart ride from the course, can go back to World No. 1 by finishing in a share of second in the 18-player event and he is currrently in tied 7th place on two under par.