Irish with plenty to do at Costa Blanca Senior Masters 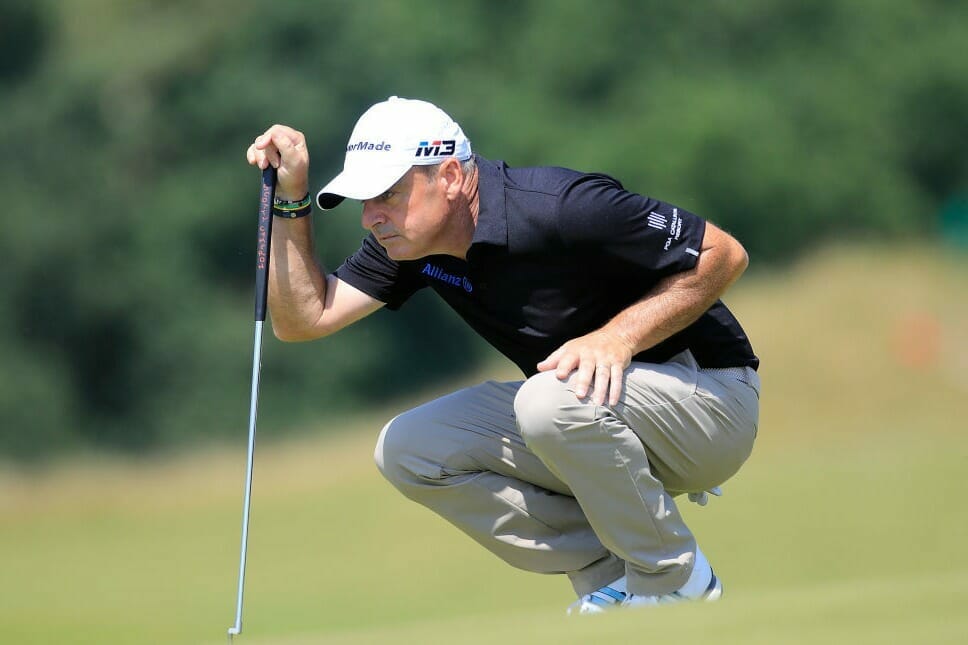 Paul McGinley and Des Smyth are best placed of the Irish contingent at the Costa Blanca Senior Masters, with both tied in 22nd place on level par after day one.

McGinley & Smyth lead the Irish charge which includes Eamonn Darcy who is on +1 (T33), Brendan McGovern who had a horror of a day and finished on +5 (T47) as did Philip Walton who is also on +5.

At the top of the leaderboard Rafael Gomez set a new course-record to lead by three shots at the end of the opening round at Meliã Villaitana having recorded his lowest round of the year with a bogey-free eight under par round of 64 to take the lead ahead of Stephen Dodd at the sun-kissed Benidorm course.

The Argentine, who won the Final Stage of the Staysure Tour Qualifying School at the beginning of the year, is still searching for his first win on the over-50s circuit, following a play-off defeat in Italy and a share of third place at the Scottish Senior Open in September.

With the sun beating down, Gomez returned to the clubhouse without dropping a shot, something he was particularly delighted about.

“It was a perfect card without any bogeys, so I’m very happy with it,” he said. “I left a lot of chances on the course as well, so it could’ve been lower than eight under par.”

“I’m very happy with my round. I’ve spent six weeks at home in Argentina and it’s good to back playing, because I had a couple of little injuries and I wasn’t sure how my game was going to be. But my game feels good and I’m very happy with today’s work.”

Dodd lies three strokes behind the Argentine after he signed for a round of 67, five under par, birding two of his final three holes to move into second place.

The Welshman clinched the WINSTONgolf Senior Open earlier in the season and set his sights on more glory as he started with four gains and no bogeys on his front nine.

His only blemish of the round came on the 15th hole but he followed that with back-to-back birdies to remain in touch with the leader.

“It was nice to finish the way I did because I was struggling a lot on the back nine,” he said. “I didn’t hit a lot of good shots, but I hit some good ones towards the end, which was nice.”

“It was nice to be out there today. The course is in great condition, so it made for a nice round of golf.”

“The wind picked up a little on the back nine, nothing major, but it was calmer on the front nine. If you drive it straight, you’ll give yourself a lot of chances out there.”

Four shots behind Gomez is a group of four players, including home favourites Miguel Ángel Jiménez and Santiago Luna. Both players would have been tied for second place alongside Dodd, but errors on the 18th hole saw them sign for rounds of 68, four under par, along with Roger Chapman and Cesar Monasterio.