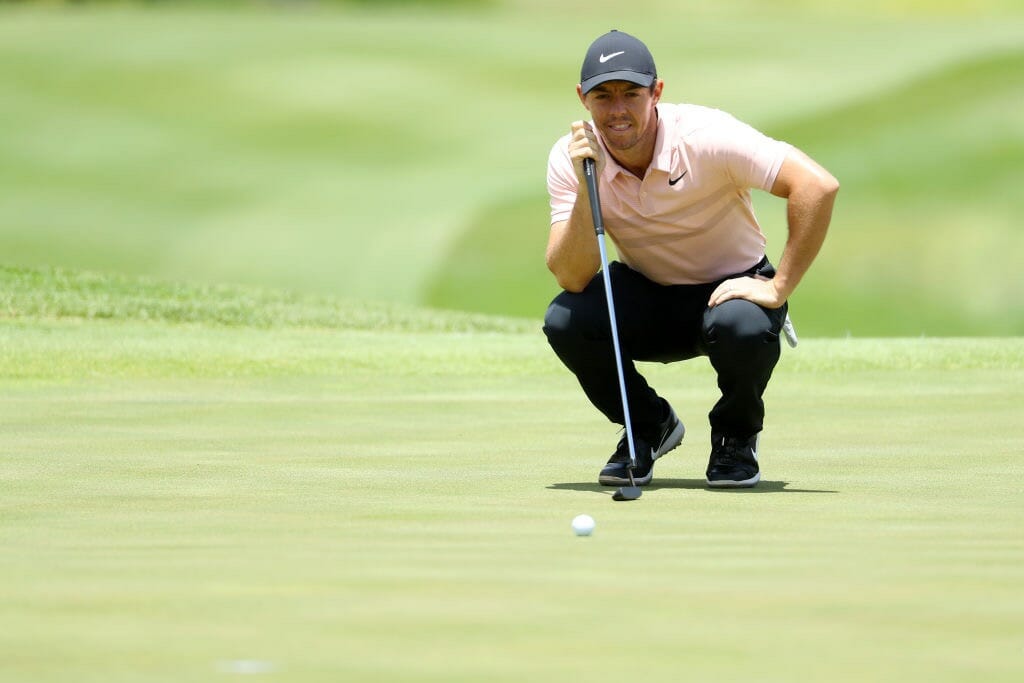 For a fifth round in succession a double-bogey stands out on Rory McIlroy’s scorecard like the proverbial dog’s hind leg.

The latest double came on day one of the Nedbank Challenge en route to McIlroy posting a disappointing level par 72 on the Sun City course in South Africa.

McIlroy arrived in the ‘Rainbow Nation’ speaking in glowing terms of a goal to hopefully deny Francesco Molinari the European No. 1 title but in sharing 31st place after the opening 18-holes of the $7m event that leaves McIlroy much work to do.

Sergio Garcia, coming off victory in the recent Valderrama Masters, stormed his way to a four-shot leading cushion thanks to an eight-under par 64 and it is the second time in just three rounds the World No. 27th ranked Garcia has shot a 64, after setting up his victory on the Costa del Sol with a similar 64 on day two of the event he had hosted.

“It felt great,” he said. “I rolled the ball nicely, I made some good putts here and there. It was one of those rounds where things happened nicely to me. I think I played very smart, I probably wasn’t swinging unbelievably but I kept it under control and kept the ball in play all the time which is difficult to do here.”

“I managed to guess some of the winds here right and that is very, very difficult. When you can do that here, it’s nice to be able to shoot a score like this.”

And the news is not good for Garcia’s rivals as he’s no stranger to victory at Sun City having twice before walked away with victory in the Nedbank Challenge before it became a European Tour sanctioned event.

As for McIlroy, well he had been erratic in his last event in Shanghai grabbing an eagle, 12 birdies but also 11 bogeys, four double-bogeys and a pair of triple bogeys and the Ulsterman got off to a good start to be three-under par through 13 holes, after four birdies and one bogey, before handing back three strokes with a 14th hole bogey and a 17th hole double.

The mongoose who regularly invade the Sun City course were having a better time than McIlroy, who just can’t seem to keep the doubles off his card of late after pencilling-in double bogeys in each of his four rounds in China.

Shane Lowry heads the Irish challenge after recording four birdies and one less bogey in his 71 to sharing 13th place while Padraig Harrington had been three-over through 14 holes, including also recording a double at his eighth hole, but he regrouped to birdie the 16th and 17th in a round of a one-over par 73.

Paul Dunne’s could be struggling to qualify among the top-60 teeing-up in next week’s season-ending DP World Tour Championship after posting a horror six-over par 78 to nose-dive to a share of 66th place in the 72-player field, with the Greystones golfer having arrived in South Africa lying 53rd on the Race to Dubai.