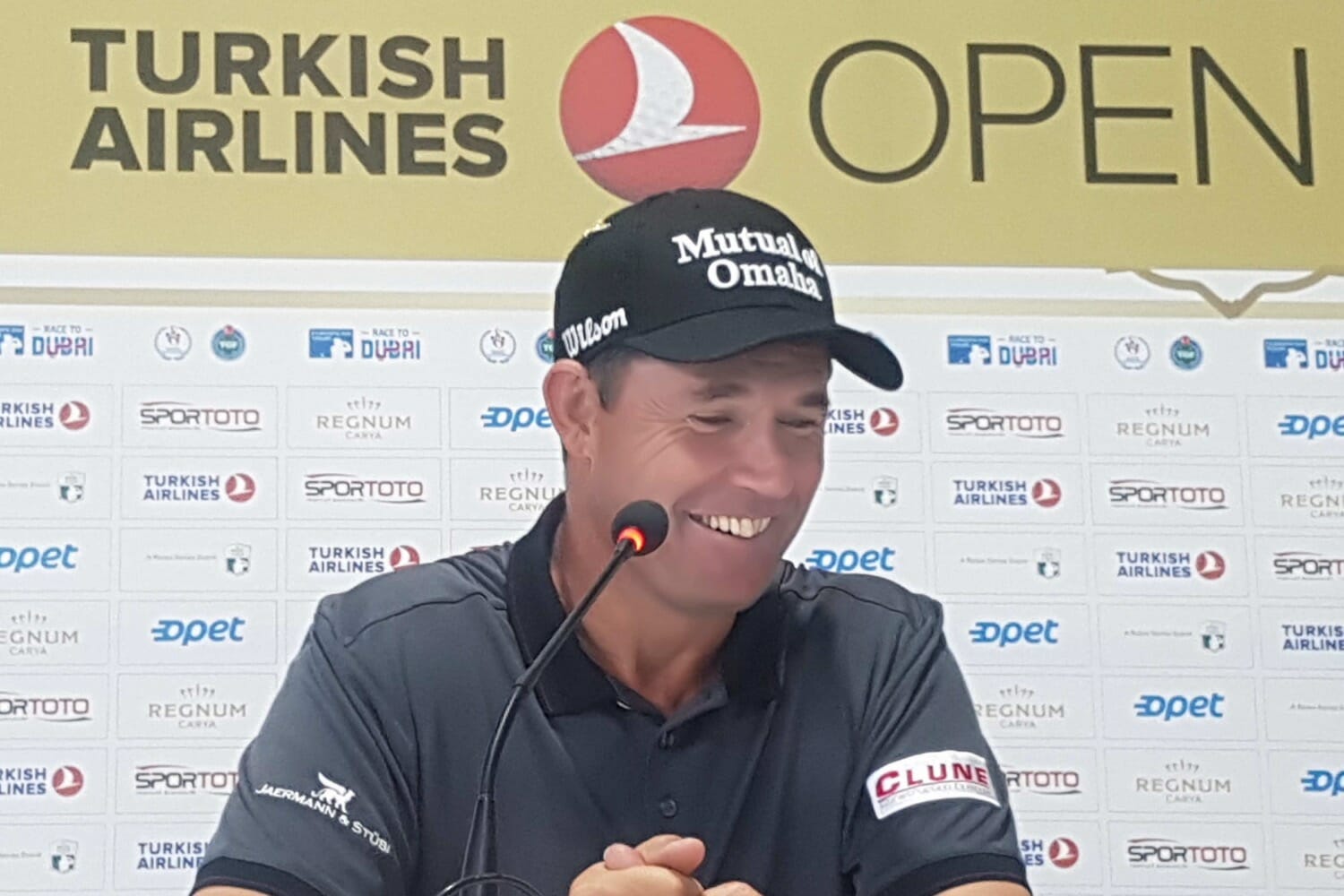 Padraig Harrington’s expected uncontested choice as the 2020 Ryder Cup Captain is now not as clear cut, with possibly two others vying for the European Team captaincy.

Harrington remains the clear favourite to be named early in December as the replacement to the triumphant Thomas Bjorn but Scotland’s Paul Lawrie is now hinted to have thrown his name into the Whistling Straits voting cap.

But the rumours haven’t stopped there because Sweden’s Robert Karlsson has also been asked to put his arm up given the outpouring of compliments for Karlsson’s work behind-the-scenes ahead of the Versailles victory.

However, Harrington, who is teeing-up in this week’s Turkish Airlines Open at the Regnum Carya course in Belek, was at his diplomatic best.

“I know no more than anybody else and I keep getting asked the question and then every second, third and fourth question keeps coming back when I say ‘there is not much I can say bar yes, I would like be the next Ryder Cup Captain’.

“Yes, there are other names in the hat and nobody is fully sure when they are going to announce it but I certainly would relish the opportunity and the challenge and I will go into it mightily, that’s for sure.”

“It is certainly not going to be easy for anybody going back to the States after we beat them in France as the U.S. will be up for it.”

Harrington revealed he had been asked to apply for the captaincy very soon after Europe’s win in Versailles.

“The Tour wanted to know who was interested and that was evident in Lee Westwood’s case as he was not interested in being captain as he wanted to have one more go in 2020 of qualifying for the team.”

“So, that was my thinking the last time around that maybe there was one more Ryder Cup in me but this time, no.”

Harrington insists, however, that he would be happier if awarded the captaincy on his merits and not for being Irish-born.

“I don’t think if I was elected captain it would have anything to do with the fact that I am Irish and both Paul and Darren are also Irish,” said Harrington.

“The thing in my favour is that I have been a vice-captain to the three former captains so while I have worked with the three, I would hope they will make their decision without bias.”

Whether or not Harrington gets the captaincy nod, he believes Europe stand the best chance since 2012 to win on American soil given the layout of the Whistling Straits course. Along the shoreline of Lake Michigan, in September conditions, he feels it should play more into the European hands than the home team’s.

“There is no doubt about it that home advantage is a distinct factor in the Ryder Cup and thankfully whoever is the captain next time around is playing at Whistling Straits, which is a European style golf course,” said Harrington.

“It’s as good a golf course to go to for it. If we were going to Riviera, that would be so hard for the Europeans to win on that style of golf course, just U.S. to the bone there.”

“There’re so many golf courses that they could go to in the States. They should just turn up in Hazeltine every year, their cup of tea and gives them such an advantage.”

“Whistling Straits, at that time of year, hopefully it will be cold and windy for whoever is captain.”