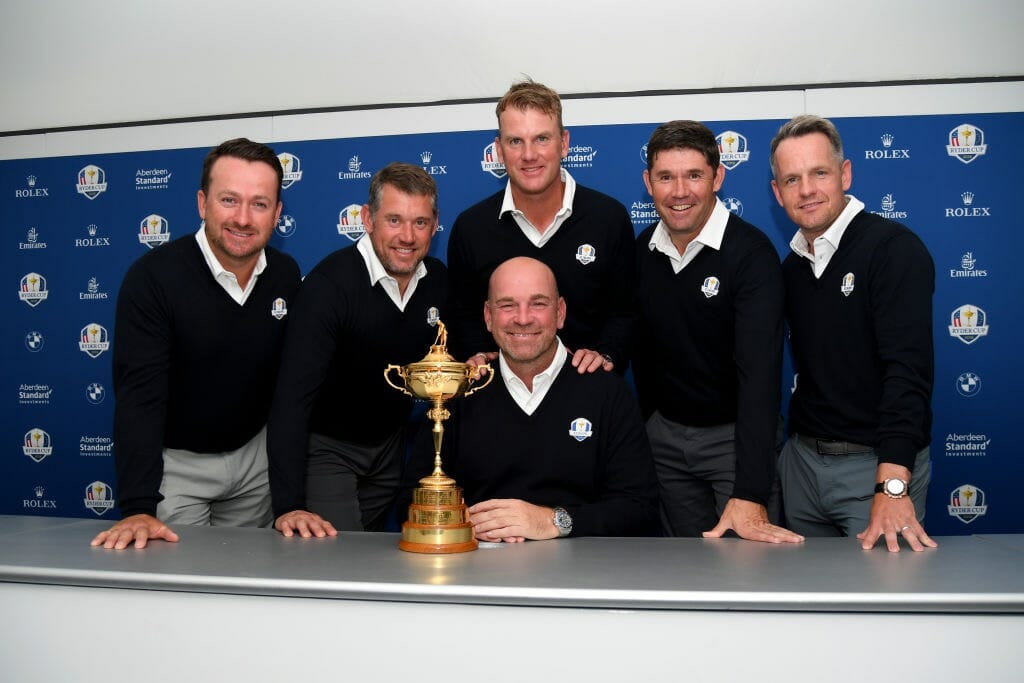 Harrington went public in May at a Wilson Staff corporate outing at Carnoustie of his intention to seek the European Team captaincy ‘sooner’ rather than wait for 2026 when Adare Manor is hot favourite to host the biennial event and now two days after Rory McIlroy endorsed Harrington as a successor to Thomas Bjorn, so too has Donald.

“Padraig’s a very smart guy and I noticed he takes a lot of notes on what works and what doesn’t work and he’ll remember that going forward,” said Donald.

“He’ll have a lot of help but I think he’s switched on and that’s important for a captain. The big thing also is that the U.S. fans like Padraig and he’s very popular in the States where there’s also a big Irish population, so that should be something to be considered. You might not want Poulter as a captain in the USA because he’s a bit more polarising, but Paddy gets along well there.”

Donald, who has played on five of five winning European Ryder Cup teams, was also shocked at the effort of Tiger Woods who continues to disappoint at a ‘team’ level.

“Tiger’s record is not great,” said Donald. “He didn’t win a single point this year and his singles is usually pretty good. I just think he was groomed his whole life to have individual success. It’s very hard to know. He certainly looks good and maybe he just gets up against the wrong pairings, maybe the people he plays against are up for it a bit more because it is Tiger?”

“He also looked a little tired last week, with having won the week before and probably having played more golf this year than he had even at his peak. That maybe took it out of him”.

Donald was commenting ahead of this week’s Alfred Dunhill Links Championship in Scotland, his first European Tour event in just short of a year and a first event anywhere since missing the cut at the RBC Heritage on the PGA Tour. The Englishman and former World No. 1 has battled from a back injury and is currently ranked No. 419th in the world.

“From what I’ve heard from my doctors I can’t do any more damage to my back by playing this week,” he said.

“It is was it is.  My back is not 100%. There was no surgery on my back and  I did a bunch of different therapies but this will be good a test as any to play here, and also in England next week at the British Masters where it also won’t be that warm.”

“I’ll see how I feel. If it’s not quite ready I’ll take a little more time, but I feel like this is a good time to try it out as it’s been feeling good in practice.”